Caldarelli Returns to Paul Miller Racing for Rolex 24 At Daytona 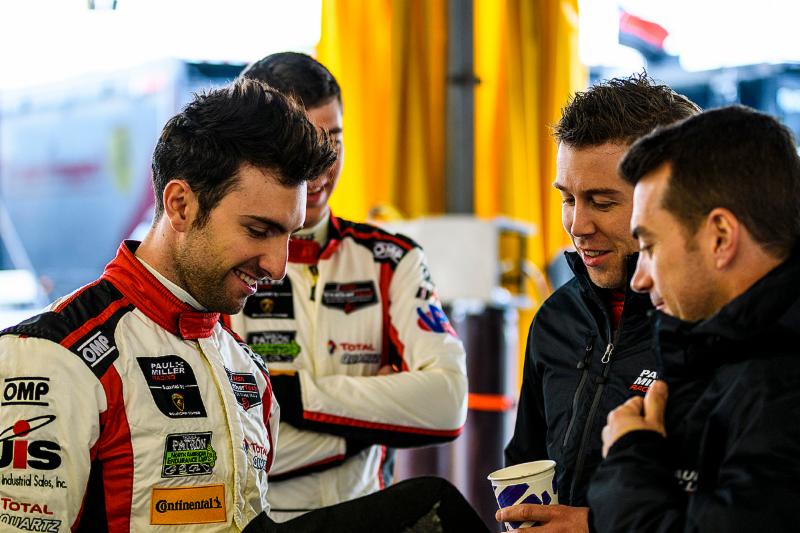 “We thank Lamborghini for letting us have Andrea back,” said team owner Paul Miller. “He knows our team and we’ve developed great confidence in each other! It’s a pairing that works well and we are delighted to have Andrea back for another attempt at going after a top finish at Daytona!”

Each of the eight podiums earned in 2018 were critical to Paul Miller Racing’s championship victory, including the third place finish at the Rolex 24 with Bryan Sellers, Madison Snow, Bryce Miller, and Andrea Caldarelli. The season-opening podium at such a prestigious and challenging event created a momentum that earned the team an additional four consecutive top three-finishes in the races to follow.

“This will be my third Rolex 24 At Daytona, and the expectation is high” said Caldarelli. “Alongside Paul Miller Racing, we build-up a winning package, and after last year’s podium, the intention is to continue on a high note. It will not be easy, but I’m more than happy to make my return in this team, and driving a Lamborghini Huracán GT3 EVO will be a more than strong motivation for me to do my best for myself, the team, and Lamborghini Squadra Corse.”

Caldarelli will make his return beginning with the Roar Before the 24 at Daytona International Speedway, the first official IMSA WeatherTech series test of the 2019 race season. All entrants will receive ample testing time January 4-6, testing new machinery and tire compounds before qualifying on January 5 for pit and garage assignments for the Rolex 24, January 24-27. Four classes of sports cars will race for 24 hours straight, pushing both man and machine to the limit. Live coverage of the Rolex 24 At Daytona will begin January 26 at 2:00PM Eastern on NBCSN. For more information, visit imsa.com.