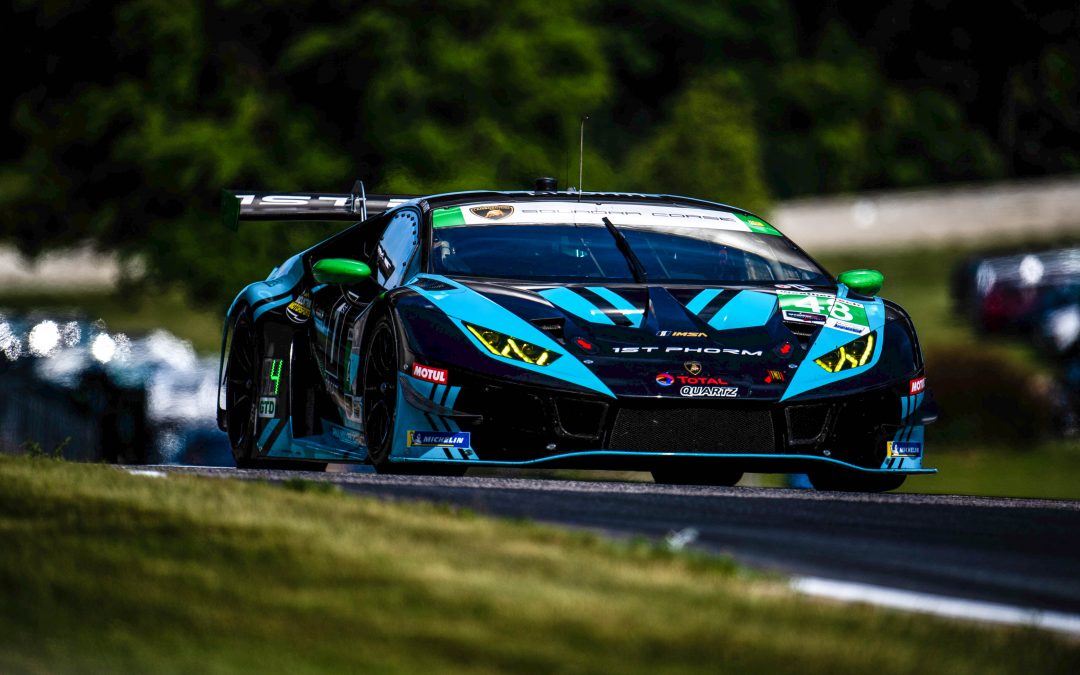 ELKHART LAKE, WI (Saturday, August 3, 2019) –The Paul Miller Racing Lamborghini will start from the front row of the GT Daytona class pack after a strong performance in qualifying by Corey Lewis at Road America.

Lewis chased the GTD pack and the impending arrival of thunderstorms at the Elkhart Lake track to set a time of 2 minutes, 5.663 seconds around the 4.048-mile circuit in the 1st Phorm / Total Lubricants-sponsored Lamborghini.

The qualifying performance was the best effort to date for Paul Miller Racing in 2019 and the best ever result for Lewis who is stepping into the seat normally held by the injured Ryan Hardwick.

Today’s qualifying session was shortened by IMSA after lightning in the area.

While today’s action was disrupted by weather, Lewis and teammate Bryan Sellers are expected to enjoy clear skies and a dry track in tomorrow’s two-hour, 40-minute race.

“With the weather rolling in it was important to post a fast time early in the session – every lap of qualifying was critical and Corey did a really good job to grab a front-row start before the session was red-flagged,” Paul Miller Racing founder, Paul Miller said.

“We’ve had a disappointing couple of weeks but this team never gives in and a front-row start is a great reward for the effort the guys have put in over the past few weeks.

“But the job is only half done. The race results are the ones everyone remembers and Bryan, Corey and the entire team will be out to get the best result we can tomorrow.”

Sunday’s two-hour, 40-minute race will be streamed live on the NBC Sports App and NBCSports.com beginning at 1:30 PM Central Time. The NBCSN broadcast of the IMSA Road Race Showcase will air at 5 PM Central. 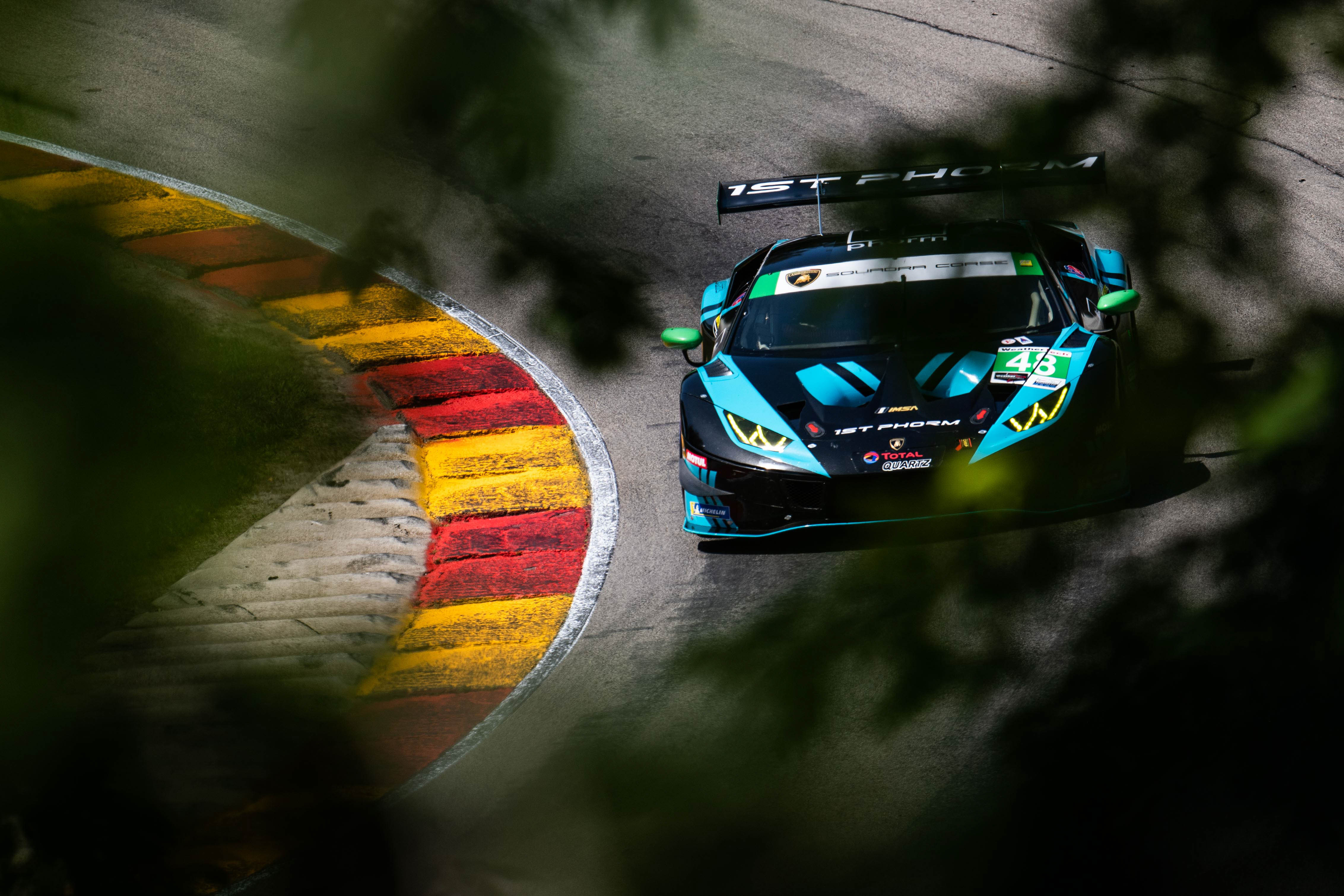 Corey Lewis
“Today was great. Timing was everything, when the red flag had fallen, we had just crossed the line.
“Starting second, front row start, it’ll be great for the race for tomorrow.
“Hats off to the whole Paul Miller team, they did an amazing job on the setup for qualifying for us.
“I’m really looking forward to tomorrow. We’ll see where we end up, but I’m hoping it’ll be on the podium!” 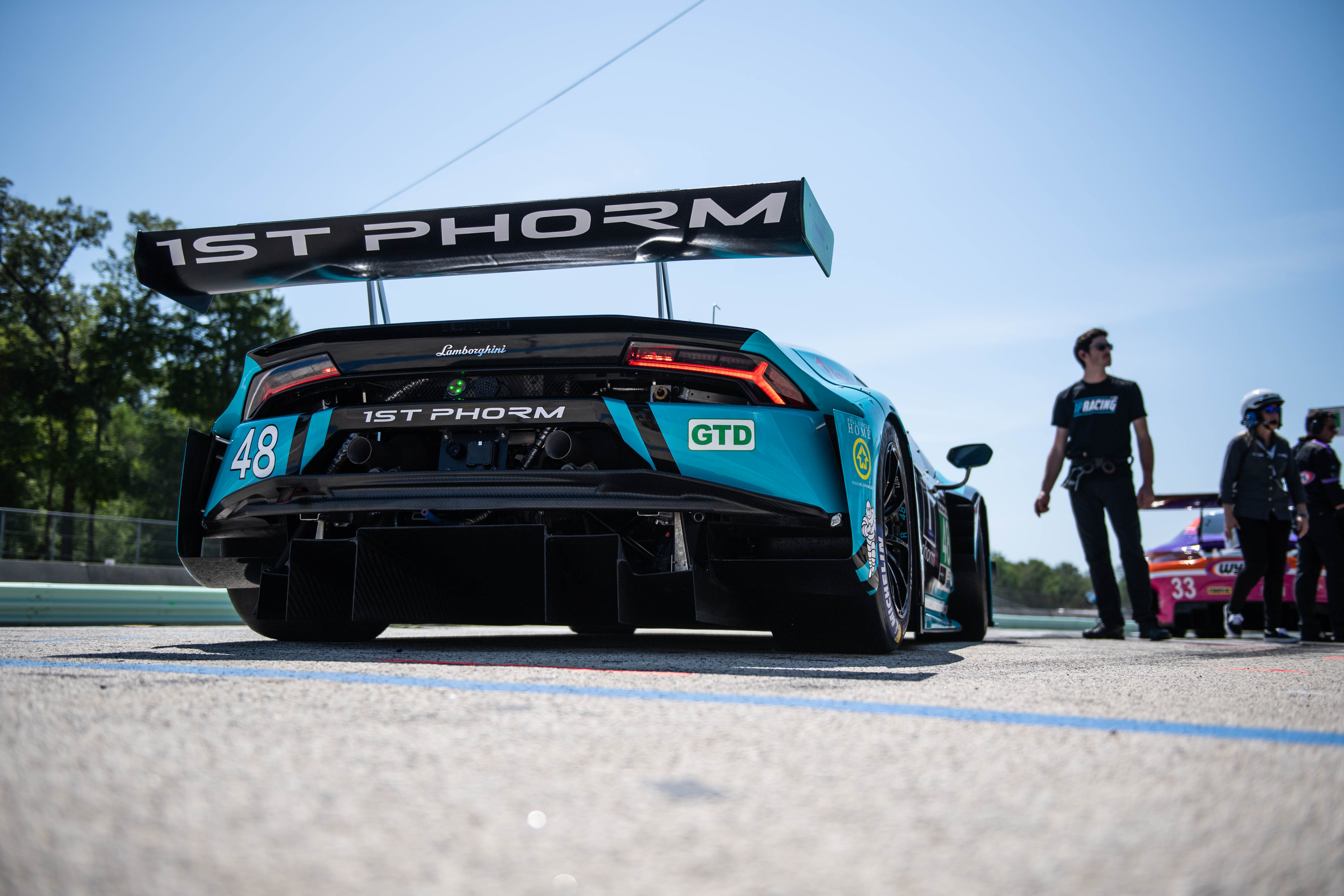