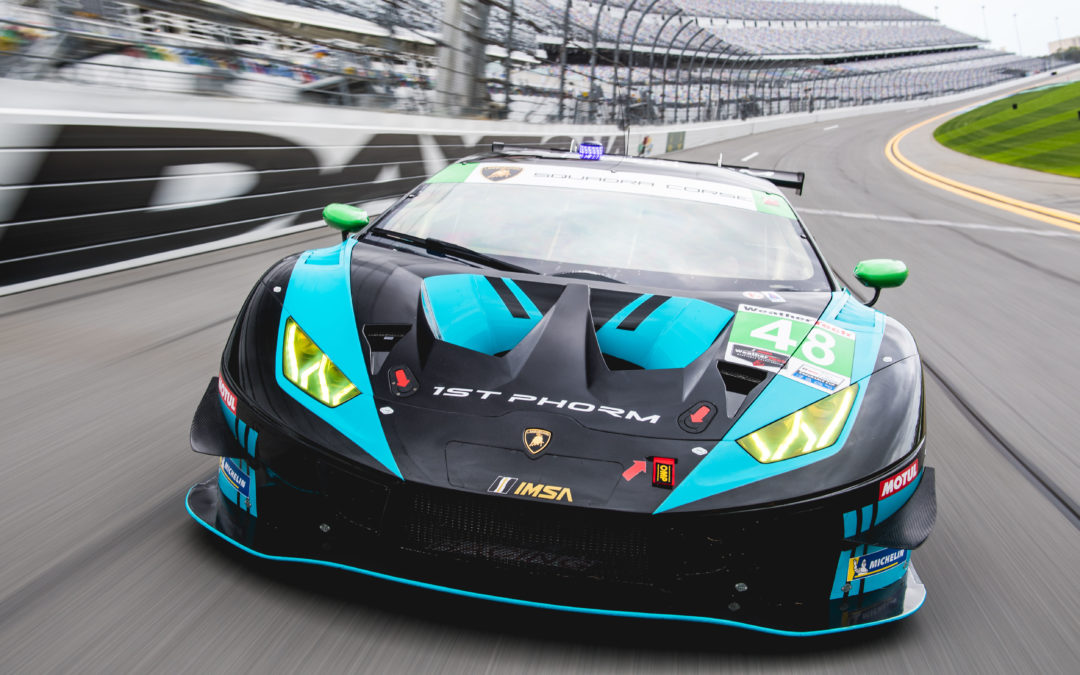 Paul Miller Racing is set to kick off its IMSA WeatherTech SportsCar Championship GTD class championship defense this week at the 57th running of the Rolex 24 at Daytona.

Equipped with a new 2019 Lamborghini Huracán GT3 EVO, the team will look to improve on its third-place finish in 2018. 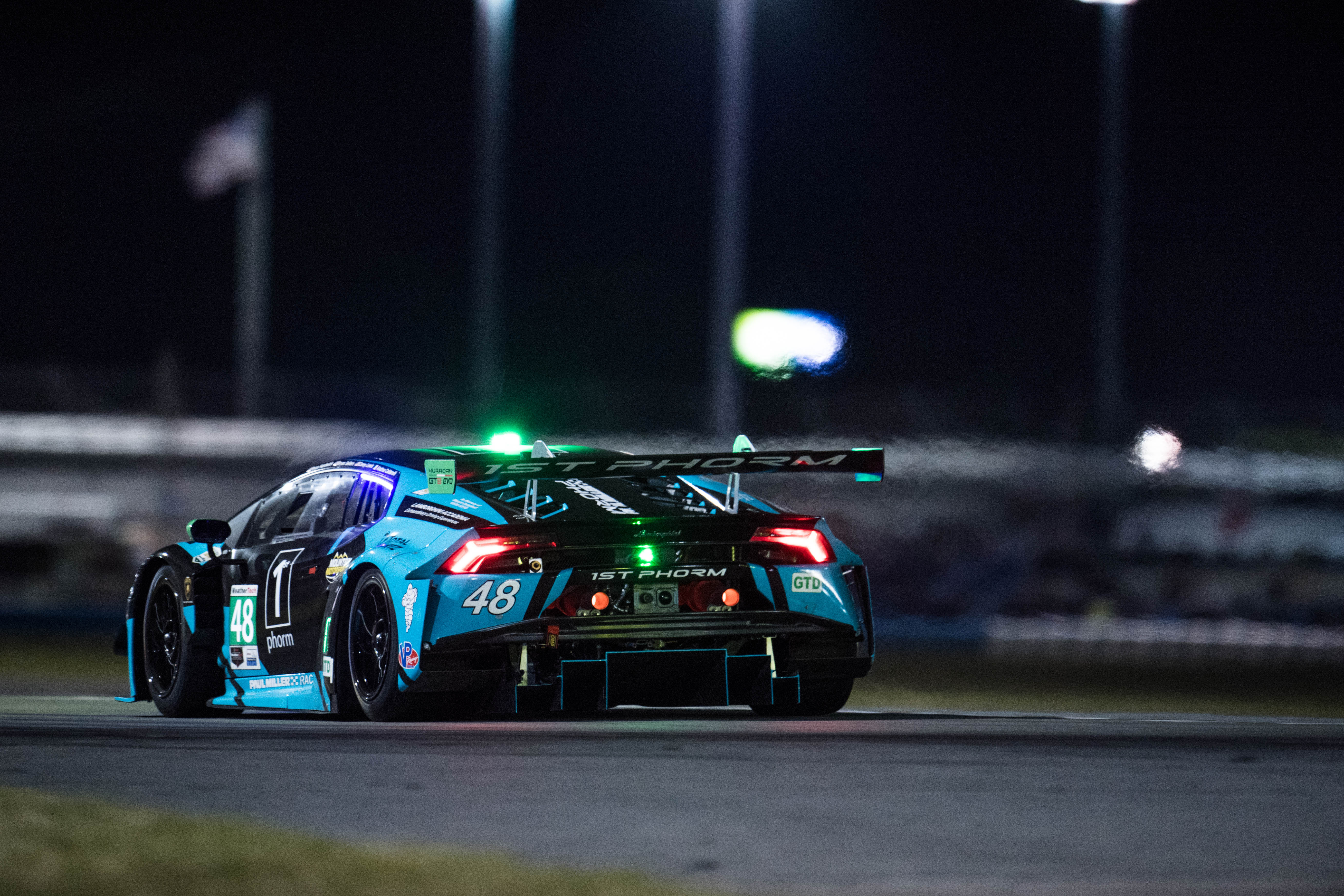 Corey Lewis also returns to the team for the 2019 endurance races after tasting victory with Paul Miller Racing at Sebring last year.

“Bryan is our strong team leader, Corey has been a veteran of our team and proven his pace and reliability and Andrea is with us for a third shot at the 24. Ryan is new to us, but has impressive credentials and is serious and focused about the task ahead.

“It’s great to capitalize on our championship from 2018. We’ve enjoyed a strong run with Lamborghini, and we’re now entering our fourth racing season together.

“They’ve been supportive in many ways, and we have an excellent technical relationship with the factory.  Lamborghini is a small company and to have access at a high level is incredible.”

After a successful test at The Roar earlier this month, the team learned much about the new car and were able to make several improvements to the set up for the long run at the high banks of Daytona.

Paul Miller Racing will hit the track for the first time on Thursday for the opening practice at 10:20 a.m. Qualifying for the GTD class is scheduled for 3:35 p.m. on the same day. The team will enjoy one final practice session on Friday at 10:00 a.m. before the 24-hour battle goes green on Saturday at 2:35 p.m. 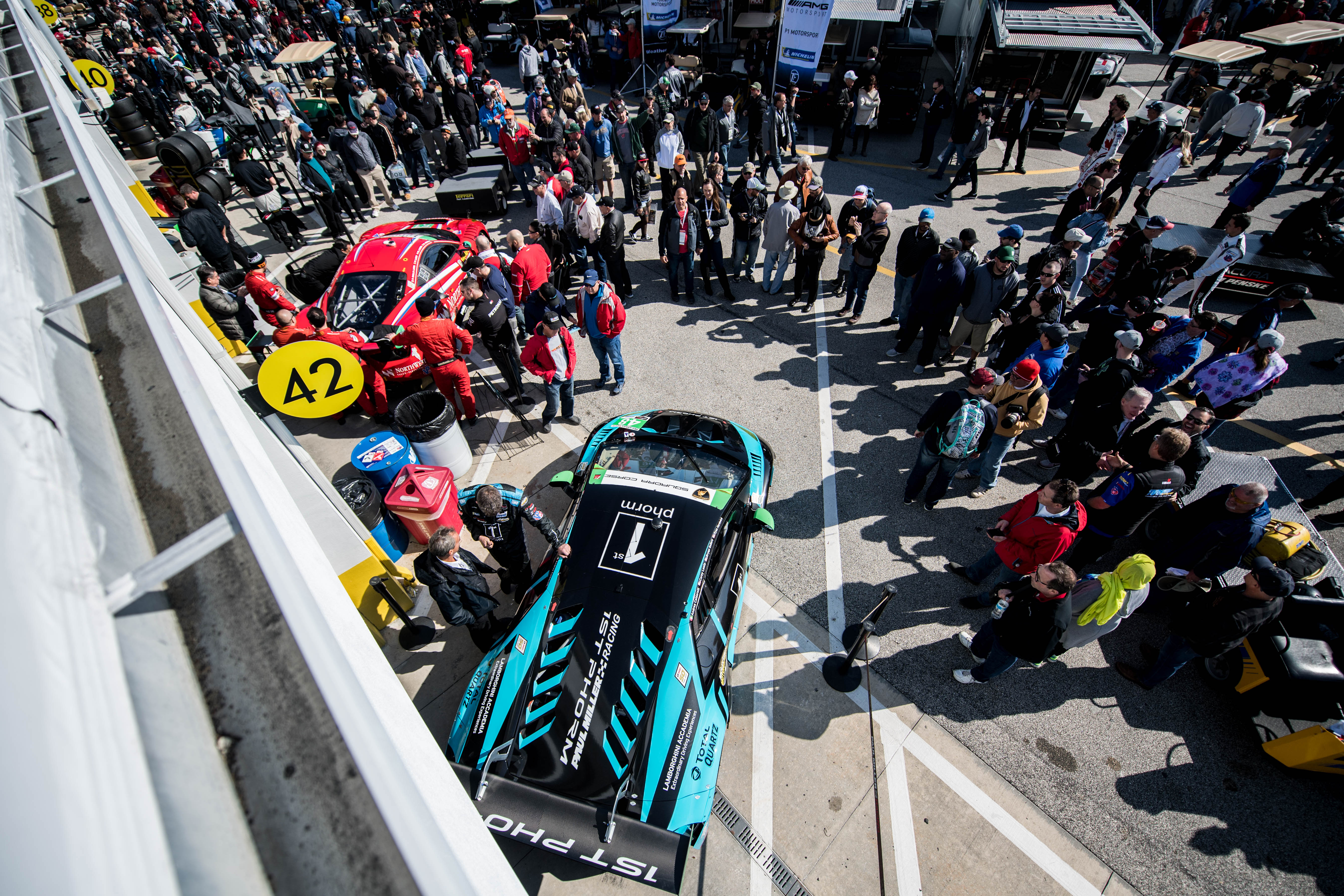 Bryan Sellers
“I don’t believe this race is any different than any other I have entered. I am proud of what we accomplished last season and who we were able to beat.
“It’s nice to be able to come into the season as defending champions, but I am certain none of our rivals care about that.
“Daytona is a race that is difficult for so many reasons and requires the utmost attention to detail for a full 24 hours. This is the most stacked race I have seen, it will take everyone’s best to compete.
“This will be Andrea and my third Daytona together and I know how badly we both want to achieve this goal. Ryan has come into the program with a great sense of purpose. He steps up in every way possible and makes it known that he is here to learn, compete, and win.”

Ryan Hardwick
“I’m not sure if there are four other drivers in the paddock that get along better than Bryan, Corey, Andrea and I do.
“We all work great with each other, and those guys have all taken me under their wing, sharing insight from their combined decades of experience in this series. I couldn’t be happier about our driver lineup, and I’m very honored to be a member of this team.
“The Super Trofeo series was a great stepping stone for me to get to the IMSA WeatherTech series. I am very proud of the National and World Championship I earned last season in the Lamborghini, and equally as excited for my rookie season in IMSA.”

Corey Lewis
“This will be my third Rolex 24 at Daytona. As they say – third time’s the charm – fingers, and toes crossed. I’ve been putting in a fair amount of time on the simulator; logging laps and focusing on long fuel runs.
“Having done the Sebring 12 hour and Petit last year with Paul Miller Racing, we know what we need to do to execute success. Going into this year’s Rolex 24 hour I come in with the same mindset as previous races! My main objective is to keep the car in one piece and stay within reach of the leaders! This is our super bowl and I’m determined more than ever to get the big win!”

Andrea Calderelli
“The new Lamborghini Huracán GT3 EVO is far more efficient in terms of aerodynamics and mechanical power.
“I think the big difference is that it’s going to be easier to manage tires and pace during a stint this year. The Roar was very productive, and we learned a lot as we had never run with Michelin before.
“We tested mostly looking forward to preparing for race stints. It is good to be driving one of the five Lamborghinis in the field – that is certainly going to make the race even more exciting.”