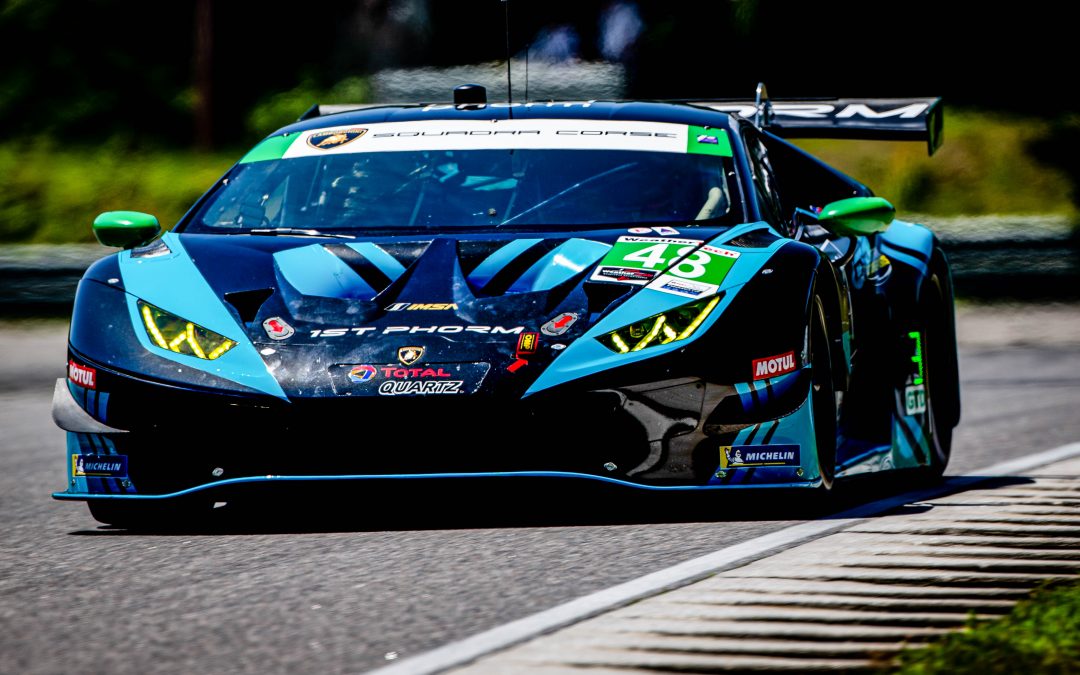 LAKEVILLE, CT (Saturday, July 20, 2019) – Paul Miller Racing has staged a dramatic charge through the pack to cross the line seventh in the sweltering hot conditions in the latest round of the IMSA WeatherTech SportsCar Championship at Lime Rock Park.

After qualifying third fastest, the 1st Phorm/Total Lubricants-sponsored Lamborghini was forced to start from the back of the pack due to a ride height infringement. The stifling hot conditions compressed the springs – missing the minimum ride height by only 0.5mm.

Lewis showed amazing speed early but a short off-track excursion due to an ABS issue caused the team to make a very early pit stop. The team fought hard to stay on the lead lap on the 1.47 mile shortest circuit on the IMSA calendar. 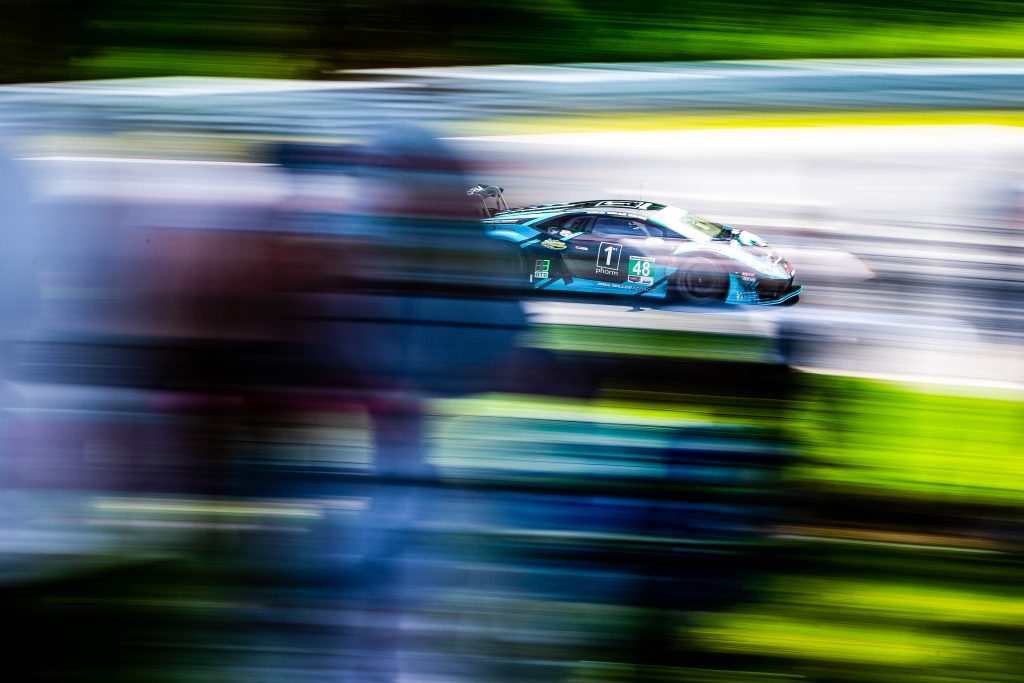 Filling in for the injured Ryan Hardwick, Lewis’ stint was further impacted by a water bottle malfunction during his stint.

A hot and exhaust Lewis exited the No. 48 after one hour and 35 minutes with regular-season driver Bryan Sellers taking the wheel.

The reigning GTD class series co-champion continued to charge through the pack, gaining two positions late in the race to cross the line in seventh place.

“It’s basically a brand-new car, so we knew there would be a couple of issues, but we recovered from the ABS failure early in the race and went on to have really good pace.

“Corey’s stint was stellar, considering he had no drinks bottle for a large portion of it, and he kept the car on the lead lap, giving Bryan a chance to continue to make up positions towards the end of the race. ”

Bryan Sellers
“Today was a tough race, it was very hot but I think we had a really great race car. Early one in the race Corey had an ABS failure which sent him off the road and in all reality did a great job to not crash the car.
“But because of that we had to come in, power recycle the car, get the thing turned back on and ready to go again. When we did that we just lost all our track position and from there it was just battling back.
“From there we were almost a lap down, and fought our way back to seventh position.
“I think we had a strong race car and in the end, I was able to run behind first and second and slot in place and hold position the whole time – we so while we weren’t actually running third on track we were on third in line. So we were strong we just didn’t have any luck on our side today. So we need to turn our luck around.”

Corey Lewis
“This race was the hardest I’ve ever done, more so mentally than physically. Physically I felt ok, but the heat is the biggest thing.
“It just took a strain on me. Not having the water bottle work in the second stint really took a toll.
“But more so mentally because the heat was so intense in the second stint, the temps in the car were tough but everyone has to deal with it. ‘We just kept digging! The whole Paul Miller Racing organization just dug deep and we finished in seventh position.”