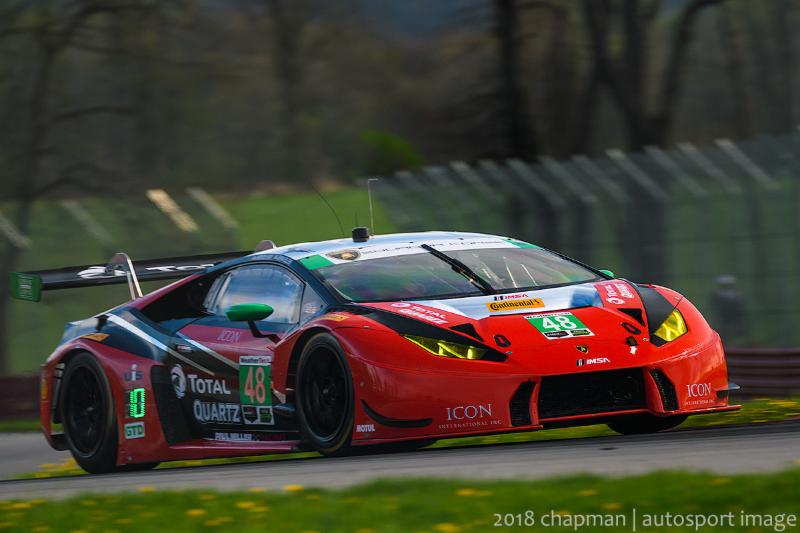 The duo brought the No. 48 TOTAL Lubricants/UIS Lamborghini Huracán GT3 to the podium at the season opening Rolex 24 at Daytona, kicking the season off with a third place finish at one of the most challenging endurance events in North America. In round two, the team’s winning strategy, perfectly executed pit stops, expert driving, and a powerful and reliable Lamborghini Huracán GT3 all came together for the Paul Miller Racing to secure the victory at the Twelve Hours of Sebring, where the team took over the GTD class points lead. At Mid-Ohio SportsCar Course, the dedication of the entire team continued to pay off as the team secured another third place finish during the chaotic race, extending the GTD class lead.

The 2018 IMSA WeatherTech SportsCar Championship has been highly competitive this season, featuring 23 teams and eight manufacturers battling for the GTD title. Paul Miller Racing will again need to perfectly execute their race weekend strategy to take full advantage of another race weekend.

Paul Miller Racing has an impressive resume on the 2.35 mile street course in Detroit. Bryan Sellers and Madison Snow finished third in 2017, earning the team’s third podium finish in four races on Belle Isle. The team also qualified at the top of their class in 2015 and 2016, solidifying their reputation as premier performers on the difficult street course.

This weekend’s Chevrolet SportsCar Classic is the shortest event on the 2018 IMSA WeatherTech SportsCar Championship’s 11 race calendar. The 100 minute race on the streets of Belle Isle will feature the Prototype and GTD classes, with the GTLM class sitting this round out. With the momentum of Paul Miller Racing’s podium streak and the GTD points lead, the championship leading pair is expected to perform well on the technical street course.

The WeatherTech SportsCar Championship is sharing the race weekend with the Verizon IndyCar Series, Stadium Super Trucks, and TransAm series, reducing the track time a typical IMSA race weekend normally allows. Drivers will be expected to get up to speed quickly, ready to take the green flag Saturday, June 3 at 12:40PM Eastern. The Chevrolet SportsCar Classic will air live on FS2 starting at 12:30PM ET. IMSA Radio will offer live coverage of every session via https://www.imsa.com/radio/imsa-radio.html, and international audiences can stream live on imsa.tv.

Detroit is possibly one of the most difficult races on our schedule. The track itself is very technical in terms of driving as well as car tuning capabilities. It is bumpier than Sebring and as technically demanding as mid-Ohio. Both of those things combined with extremely limited track time but a huge importance of being of to speed quickly, and rolling of the truck with a good race car. I am looking forward to getting back on track and seeing what we have.

Detroit is one of my favorite races. It’s a very hard and challenging track. We have had the opportunity to test at all the previous tracks we have raced on this year but what makes Detroit special is the fact that no one can test here. The limited track time can really separate the great teams from the average teams due to the amount of practice there is to set up the car. It forces everyone to be on it from lap 1 of practice until the checkered flag falls the next day. Last year we took home a third place podium after qualifying on pole so it was a great weekend. I am really looking forward to this race and proving our car once more. 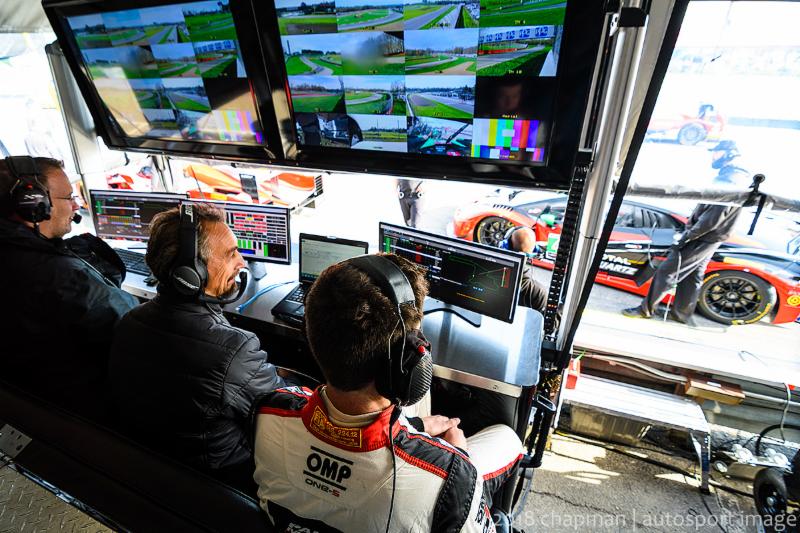