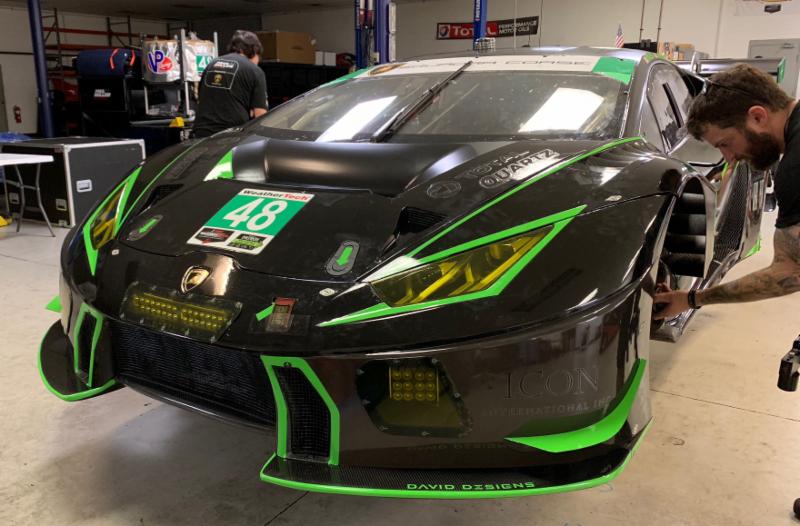 PARSIPPANY N.J., (October 8, 2018) – After ten rounds of racing, the battle for the IMSA WeatherTech SportsCar Championship has come down to the final event of the season. Paul Miller Racing has led the GTD class points for the last nine races, looking to clinch the championship title in round eleven, Petit Le Mans. In honor of the matte black livery in which the team celebrated their 2014 Petit Le Mans victory, the team will trade in their traditional red, black, and silver colors for a black livery with Lamborghini green highlights, showcasing the sleek body of the No. 48 Huracán GT3.

“In 2014, we ran a matte black livery on the Paul Miller entry for Petit Le Mans, and we won the race,” said Team Owner Paul Miller. “We liked the idea of running a black car for Petit this year, and with the Lamborghini green highlights, maybe it’ll bring us some good fortune again!”

The No. 48 TOTAL Lubricants/UIS Lamborghini Huracán GT3, with full-season drivers Bryan Sellers and Madison Snow, has produced remarkable results this season with nine top-five finishes in ten races. Sellers and Snow will be rejoined by Corey Lewis, with whom the duo won the Twelve Hours of Sebring earlier this season and took command of the class lead. Paul Miller Racing holds six points Meyer Shank Racing, and a new champion will be awarded the GTD class title at Saturday’s 21st Annual Motul Petit Le Mans, Saturday, October 15. 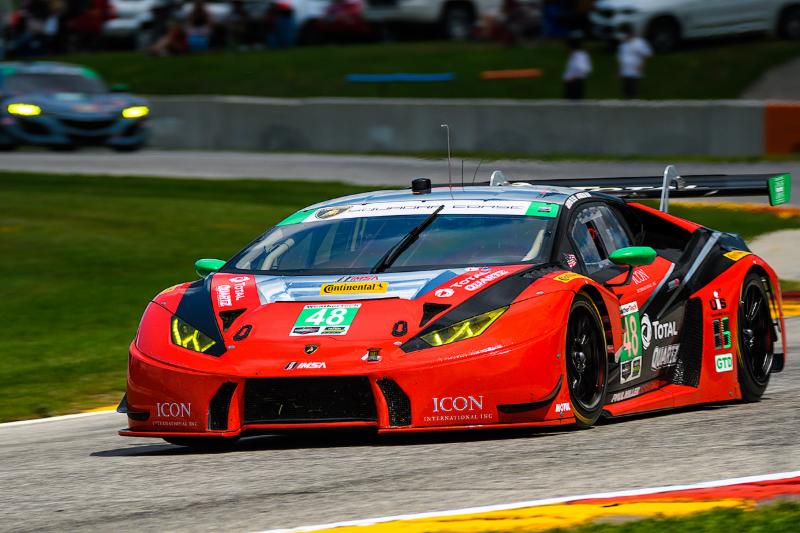 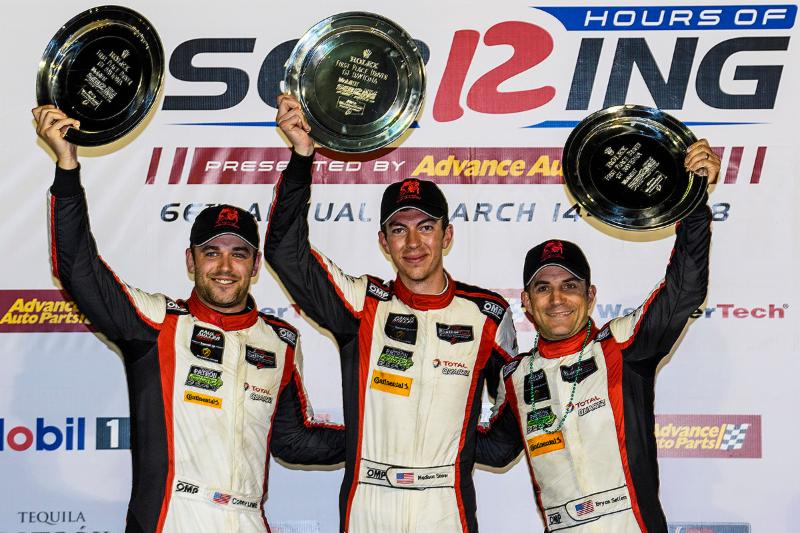 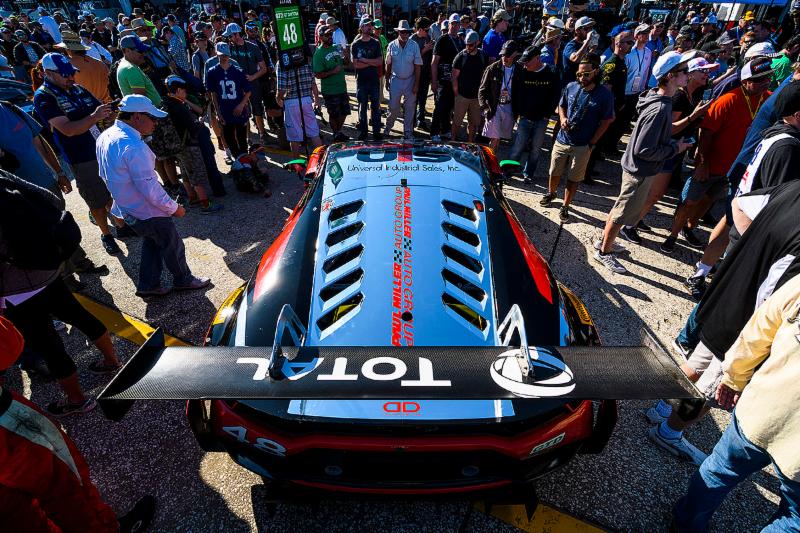 “I’m very proud of each and every member of our team, and proud of the overall effort,” said Miller. “Our guys have been executing at a high level all season, producing as close to an error-free championship run as you can possibly achieve. It has been an incredible season, and everyone is working to close out the season as class champions.”

By simply starting the race, the team will earn its third top-three finish in the GTD championship point standings for the fourth time since 2014. With seven podium finishes accumulated so far this season, Paul Miller Racing can clinch the 2018 championship if the team closes out the year with one final podium finish. If the team finishes outside the podium, the No. 48 has to finish within two to five positions of the No. 86 Acura, depending on where the opposing car finishes.

Petit Le Mans will host ten long hours of racing at Braselton, Georgia’s Road Atlanta. Thirty-seven cars from the Prototype, GT Le Mans, and GT Daytona classes will compete on the flowing 12-turn, 2.54-mile road course, beginning at 11:05AM, running into the night. Live coverage of the 21st Motul Petit Le Mans will begin at 10:30AM Eastern on FS1, then FS2 will air the race live from 12:00PM to 9:30PM. For full event information, visit imsa.com.

Bryan Sellers
This has been an incredible season with some great team efforts. You work the entire year to get to this final point, and hope in the end you have a chance at the championship. We have had some great battles with the 86 and it seems appropriate that it is coming down to the final race for the championship. They are a great team and have brought everything they have to every race and will do the same until the very end. It will be on us to do the same; To try and execute to the best of our ability and try to finish the job we started in January.

Madison Snow
Petit Le Mans is one of my most favorite races all year. For starters, it was the first professional endurance race I was in, and we won! (Flying Lizard Motorsports, GTC). It’s a really difficult race compared to others which great as it adds to the challenge. Daytona for instance is an ‘easy’ endurance race other than the fact that it never ends, the track is well lit and it is relatively easy for traffic to get around cars. Petit is as dark as Sebring, and it’s very difficult for traffic to get past GT cars. The length of the race also adds to a lot of strategy calls that the other races you wouldn’t have the opportunity to make. The track is amazing to race on, both in the day and at night. It has great flow and is always challenging. I also love seeing the fall colors down the back straight at Petit. When there are only a few cars on track the leaves fall on the back straight and it’s a beautiful look at fall and to remind me the season is just about over. This is a race I always look forward to on the calendar every year.

Corey Lewis
Finally race week is quickly approaching! I’m really excited to get back to work with Bryan, Madison, and the whole PMR crew. It’s an honor to be a part of this program and to get the call to help bring the team and Lamborghini a championship home at the end of the weekend. The team has had an amazing season and I expect to finish out the year in the same fashion!