Lewis back on board with Sellers for Road America challenge 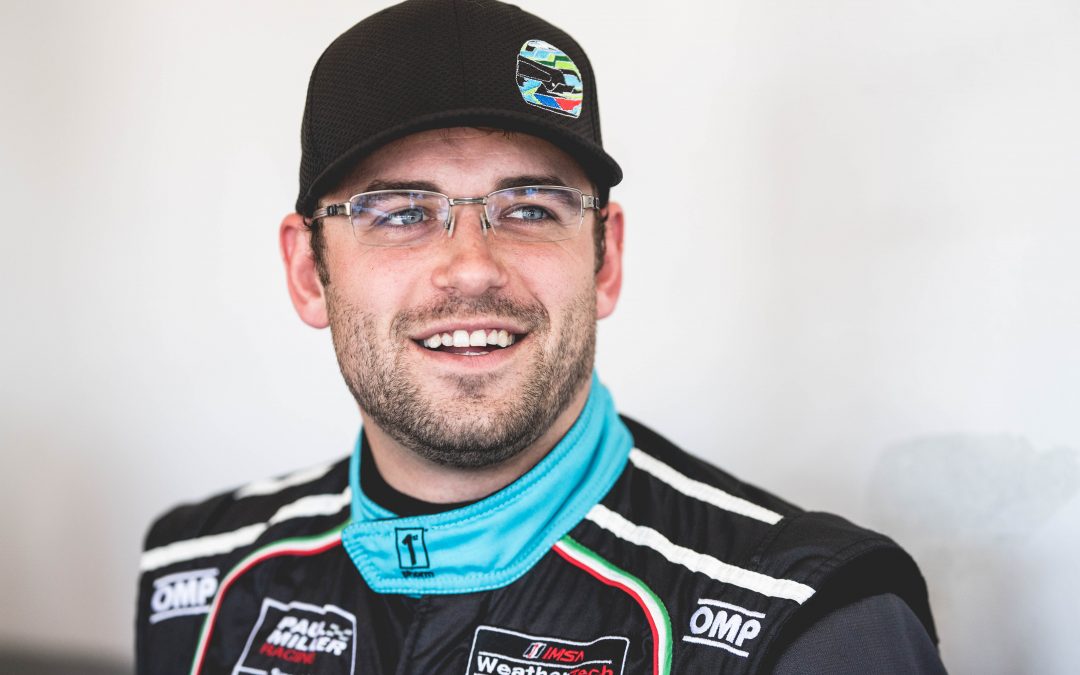 Corey Lewis will return to the driver’s seat this weekend for Paul Miller Racing as the Lamborghini squad prepares for battle at the iconic Road America circuit.

Regular season driver Ryan Hardwick will miss the remainder of the 2019 IMSA WeatherTech SportsCar Championship after suffering a knee injury at the recent round at Canadian Tire Motorsport Park. The Atlanta-based racer is scheduled for reconstructive knee surgery next week.

Lewis filled in for Hardwick at the most recent round at Lime Rock Park for the 1st Phorm / Total Lubricant’s supported team and will now drive alongside Bryan Sellers for the remaining races at Road America, VIR, WeatherTech Raceway Laguna Seca and Michelin Raceway Road America. 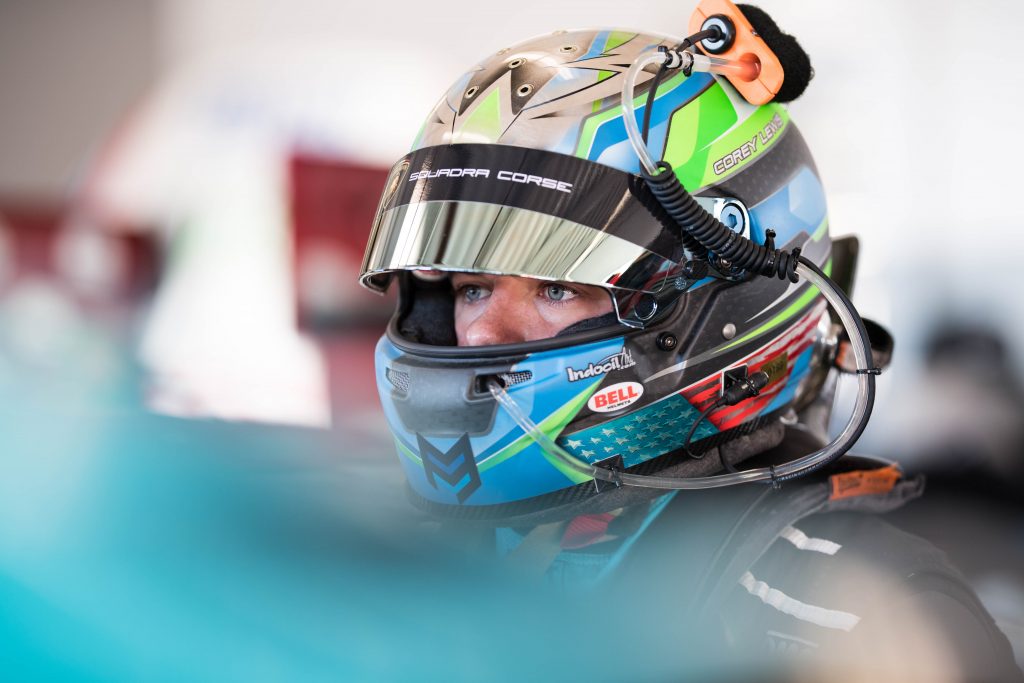 The busy Lewis will pull double-duty this weekend – also racing in the Super Trofeo championship alongside his duties with Paul Miller Racing. The 27-year-old Lewis has recorded plenty of miles aboard Lamborghini machinery in recent weeks – competing at Lime Rock and also driving in last weekend’s Total 24 Hours of Spa-Francorchamps in Belgium.

Lewis finished seventh in the Silver Cup class on debut at the Belgian endurance classic which was marred by torrential rain and a long red flag break because of the weather.

Paul Miller Racing will be looking to repeat their performance from last year at the 4.084 mile Wisconsin circuit – the longest track on the IMSA calendar. Sellers and Madison Snow drove to a second place in class last year at Road America.

“Road America is a track that should suit our Lamborghini,” said Paul Miller Racing founder, Paul Miller. “The car likes the high-speed straights and tight turns, so we’re looking forward to this weekend.

“Ryan’s news was very disappointing for us all but we’re hopeful he is able to recover quickly from his surgery next week.

“We’re very lucky to have somebody with Corey’s speed and experience to fill in for us alongside Bryan.”

Bryan Sellers
“I’m really disappointed for Ryan and hope everything goes well with his surgery. He has been a great teammate and I hate that is going to have to miss the rest of the year – I know he was really looking forward to this race in particular
“Everything about Road America is iconic. From the city to the race track to the bars to the restaurants. It’s one of the only places I can think that we go to that puts a smile on your face, and you’re excited to be on track and to race there.
“Last year we had a good result. We were able to execute the race well and end up on the podium. In the past we’ve had strong race cars there and we’re looking forward to getting back there to see if we can deliver another great result.
“Lime Rock was a little bit bittersweet because we showed a lot of pace, a lot of capabilities but ultimately because of some mechanical failures couldn’t execute.
“I know those things don’t sit well with anybody at Paul Miller Racing and so we will be looking to do everything we can to get that turned around and bounce back for this race.”

Corey Lewis
“I’m grateful to be stepping in for Paul Miller Racing and I hope I can do a good job filling for Ryan. I hope he is able to heal up fast.
“At the last race at Lime Rock Park we showed great pace and promise, and I look forward to working with Bryan and the team to build on that positive momentum.
“I’ve had a massively contrasting couple of races aboard Lamborghinis in the past two weeks. Lime Rock had incredibly hot temperatures, and my stint was made tougher with problems with my water bottle.
“At Spa, I wished the water could go away! It rained so hard that they had to red flag the race for several hours on Sunday morning because the conditions were so bad.
“But it was an incredible experience and I’m really fortunate to be able to race at two amazing race tracks like Spa-Francorchamps and Road America on back-to-back weekends.
“When I was a kid, I would have dreamed of opportunities like this.” 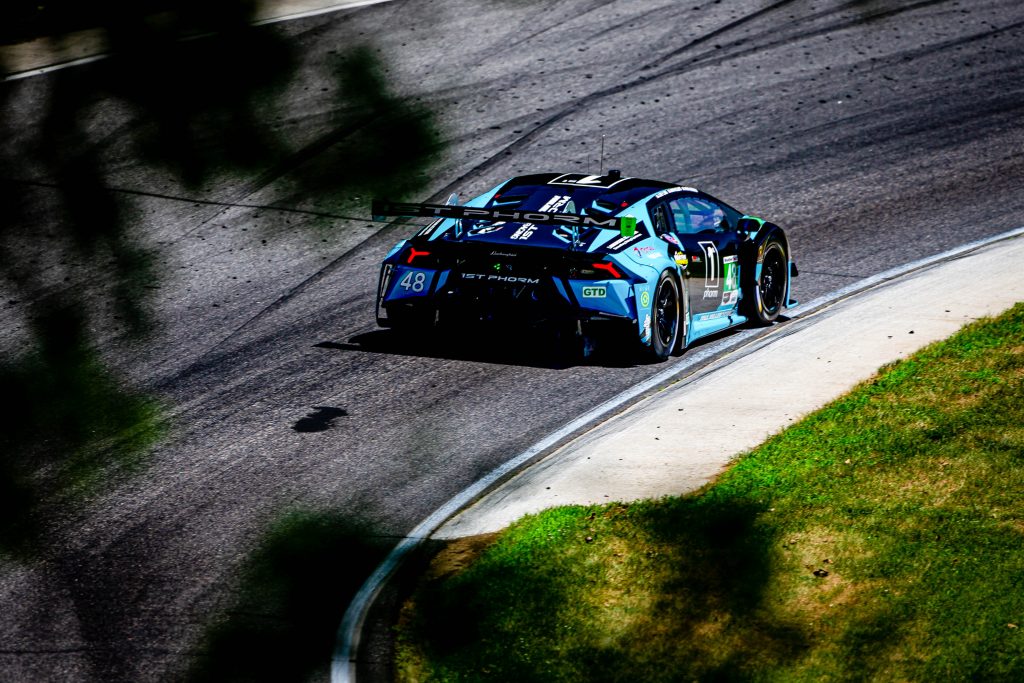