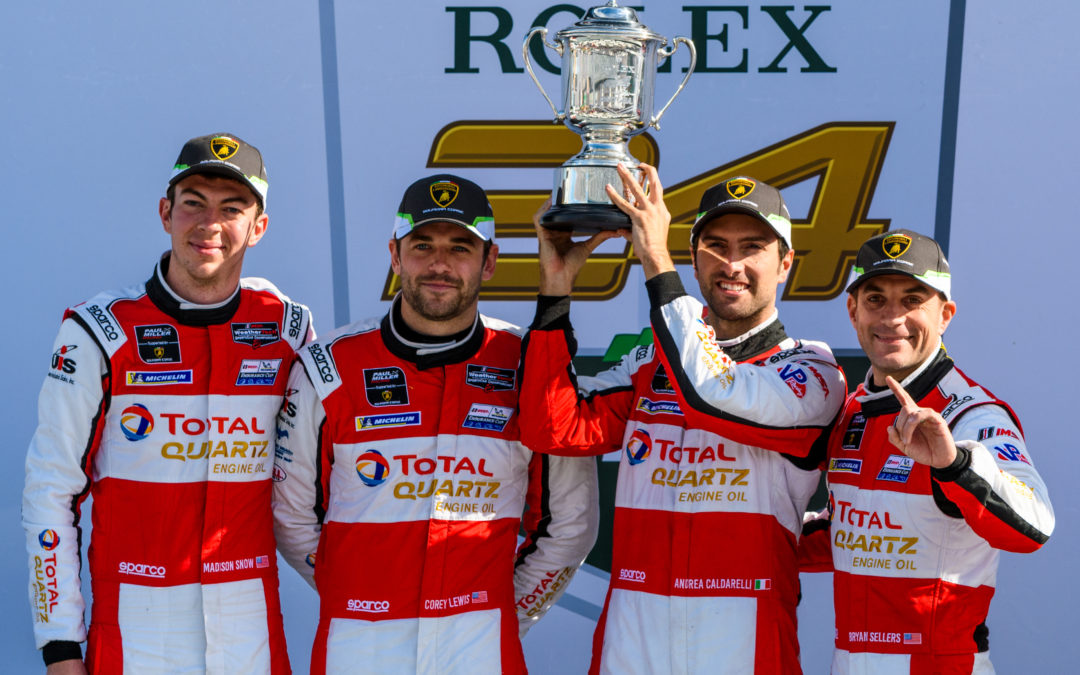 ATLANTA, GA (Tuesday, January 12, 2021) — Reigning Rolex 24 at Daytona winners and Michelin Endurance Cup champions, Paul Miller Racing, will be back to contest the full IMSA WeatherTech SportsCar Championship in 2021 with a quartet of race and championship-winning drivers.

Madison Snow and Bryan Sellers will comprise the full-season pairing for the Total lubricants-backed Lamborghini squad. The pair are searching for their second GTD title for Paul Miller Racing after taking the top driver, team, and manufacturer honors together in 2018. They were reunited in 2020 in the No. 48 Lamborghini Huracán GT3 EVO, claiming victory at the Rolex 24 at Daytona and the Michelin Endurance Cup championship.

The duo will be joined by their 2018 and 2020 Endurance Cup teammate Corey Lewis for the four Michelin Endurance Cup rounds of the season, while Andrea Caldarelli completes the quartet for the team as they seek to defend their 2020 victory at the Rolex 24 at Daytona.

Racing in the No. 1-badged car in this year’s Rolex 24, Caldarelli and Lewis will be making their fifth and fourth Rolex 24 starts, respectively, with the Paul Miller Racing crew. The Paul Miller Racing Lamborghini will return to its familiar No. 48 for the remainder of the season.

“We’re so happy to have both Madison and Bryan back for the full season in 2021 as well as Andrea and Corey back with our team,” Paul Miller Racing founder, Paul Miller, said.

“It’s been an absolute pleasure to work with all four of these drivers over the years. We’ve accomplished so much together already; I can’t wait to see what we are able to do in 2021. We know that this lineup is strong enough to win and we proved that in 2018, and again at the Rolex 24 in 2020 and through the rest of the endurance cup season.

“This year, the bar has gone up yet again in the IMSA GTD field and we expect our competition to be operating at a higher level than ever, so that we’ll have to raise our own game in order to compete.

“But, in addition to the drivers, we have a great crew and a brand new car from Lamborghini at our disposal to help us fight for race wins and hopefully a title this year.”

The Paul Miller Racing team will take to the track for the first time in 2021 at the annual Roar before the 24 test at Daytona International Speedway before the following weekend’s Rolex 24 at Daytona. 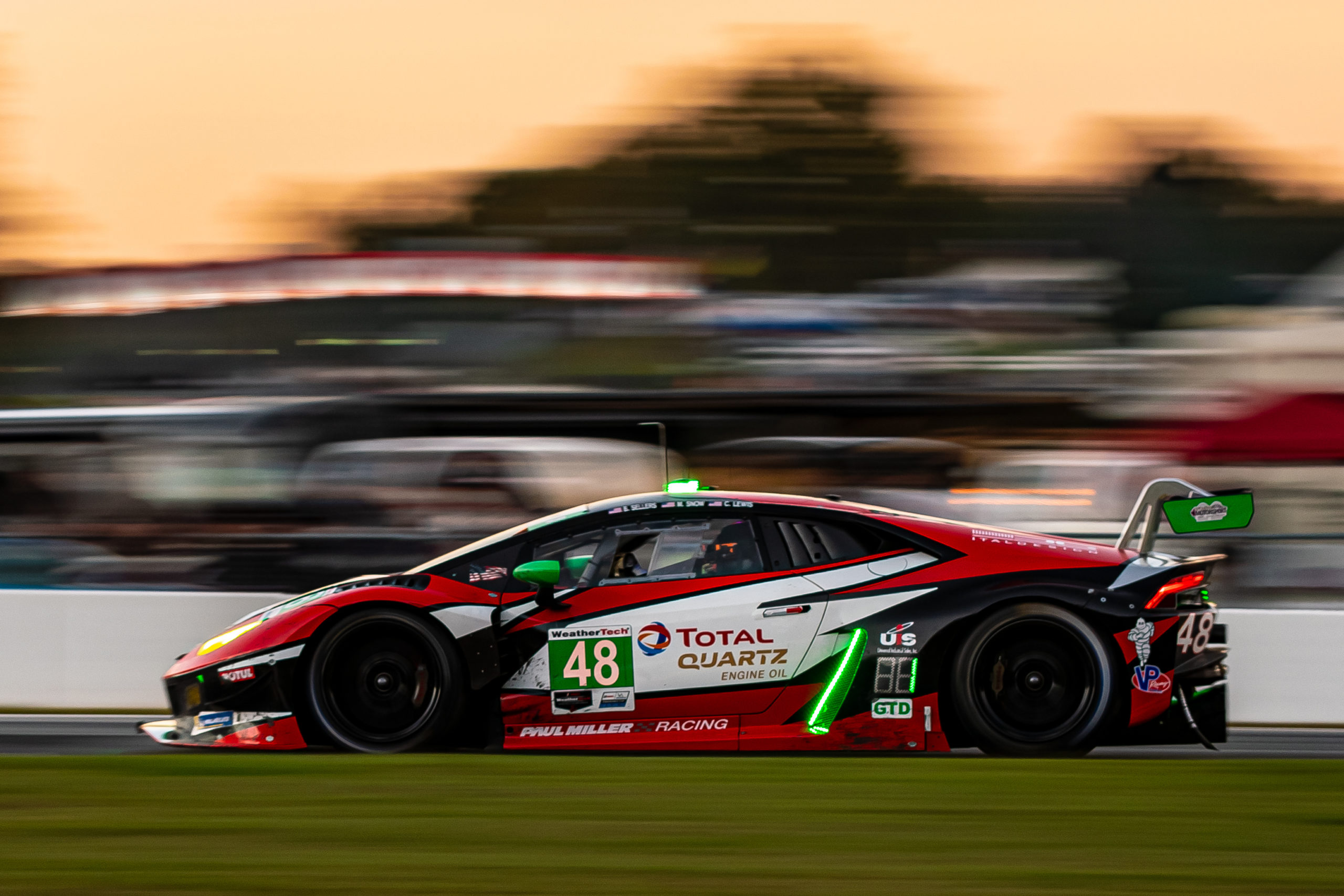 Madison Snow
“I am very happy to be back with PMR and Bryan Sellers for another season. They are a wonderful group I love working with and have helped me achieve the biggest landmarks of my career.
“We will build on our previous seasons together and continue to work hard with a strong driver lineup and a really great crew behind us. The crew has been vastly the same since I joined PMR in 2016, which is a sign of how wonderful it is to be a part of this family Paul Miller has built. All focus right now is on getting another watch and starting our championship campaign strong.”

Bryan Sellers
“It’s difficult to find the right words to explain the level of excitement I have returning for a full season with Madison. We have had a lot of success as a pairing and I am hoping that we will be able to continue to grow and build on that.
“This season looks like it’s shaping up to be the most difficult in GTD history. There have been a lot of really great driver and team combinations announced and released. But, this is exactly what you want and need as a racing team. You want to prove yourself up against the best in the business. I am sure we will have to continue to grow as a program, but we are looking forward to the challenge.”

Corey Lewis
“Beyond grateful to get the 2021 season underway with Paul Miller Racing starting at Daytona. For obvious reasons, I’m very excited to chase after another Rolex 24 at Daytona win. This will mark my fourth Rolex with this team, and I know the four of us are up for the challenge ahead!
“It’s also going to be great to help this team fight for another Michelin Endurance Cup title, and hopefully another overall championship like we managed in 2018.”

Andrea Caldarelli
“I am really excited to be back racing the Rolex 24 at Daytona with Paul Miller Racing for my fifth year in a row now. After the win last year, I am even more motivated to get another victory at one of my favorite tracks I get to race on all year.
“The fact that Roar and race will be on two consecutive weeks will be hard, but will also help us to keep confidence in the car and within the team. It will definitely be a different procedure to normal, but at the same time, a very exciting two weeks!” 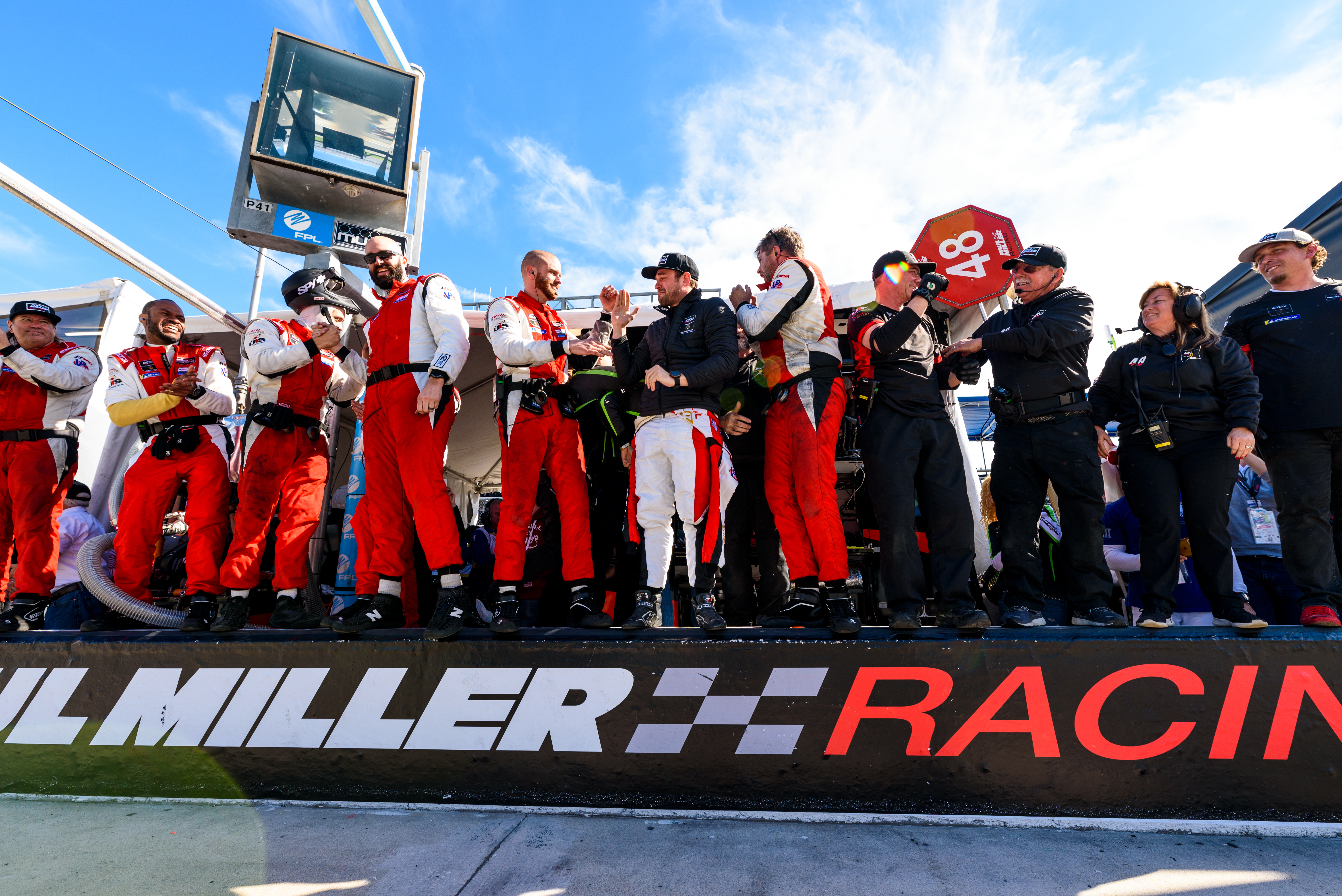