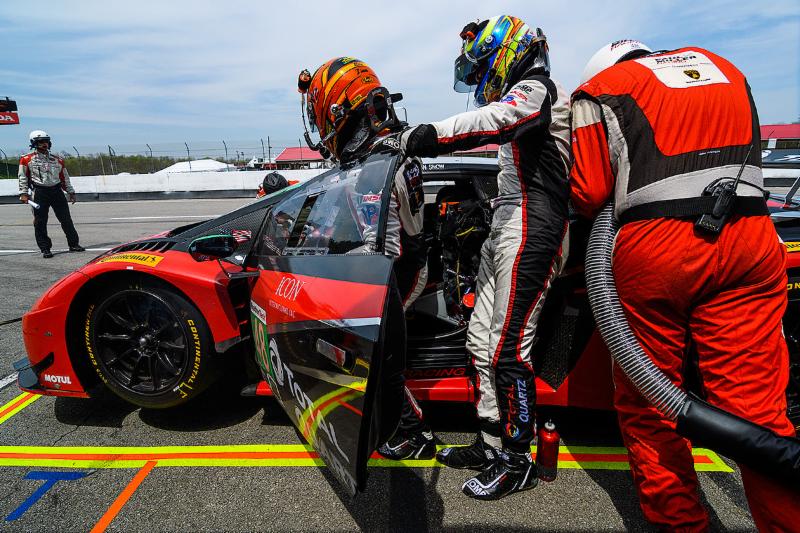 The two hour and 40 minute race stayed green through its entirety, without any yellow flag inducing crashes. The rain that had been predicted all week held off, and the field took the green flag Sunday under clear skies. Madison Snow started the race in third in the No. 48 TOTAL Lubricants/UIS Lamborghini Huracán, qualifying behind the No. 15 and No. 14 Lexus, and alongside the No. 86 Acura. Snow slid into fourth at the start and biding his time, staying close to the rear of Acura. Throughout his stint, Snow sat second in line in a four car battle for third position. The four cars worked their way through traffic, each maintaining position to the first pit stop window.

Snow pitted in fourth, and Bryan Sellers rejoined in fourth with a full tank of fuel and fresh tires. With 90 minutes remaining, Sellers and the No. 86 Acura, piloted by Alvaro Parente, battled over third position, expertly maneuvering their way through traffic on the 2.258 road course. The final pit window approached in the final hour, and quick work from the Paul Miller Racing crew brought Sellers back out into the fight in sixth position. The pit stops cycled through to put Sellers in third position, with comfortable gaps to the next positions ahead and behind. Sellers maintained the position to the checker flag, earning the third podium finish of the season.

“It’s always hard to be disappointed when you’re on the podium,” said Sellers. “We weren’t where we wanted to be pace-wise, but I’m very happy. It’s a great points day. You always want to strive to be better, and the good thing today is we came off with a great result at an event we didn’t think would be strong at.”

“It was a great race for us,” echoed Snow. “We had good pace in the car, and it handled well. We didn’t have anything to attack anybody, but we definitely had the stuff to hold them off. To come home with third place and another podium, we’re still in the lead for the championship. I’m happy with this result today.”

The IMSA WeatherTech SportsCar Championship takes a one month pause until the next round in the championship, the Chevrolet Grand Prix of Detroit Presented by Lear. The one hour and 40 minute race will be held on the streets of Belle Isle in Detroit, Michigan, the only temporary street course on the IMSA calendar for the GTD class. For ticket information visit imsa.com. 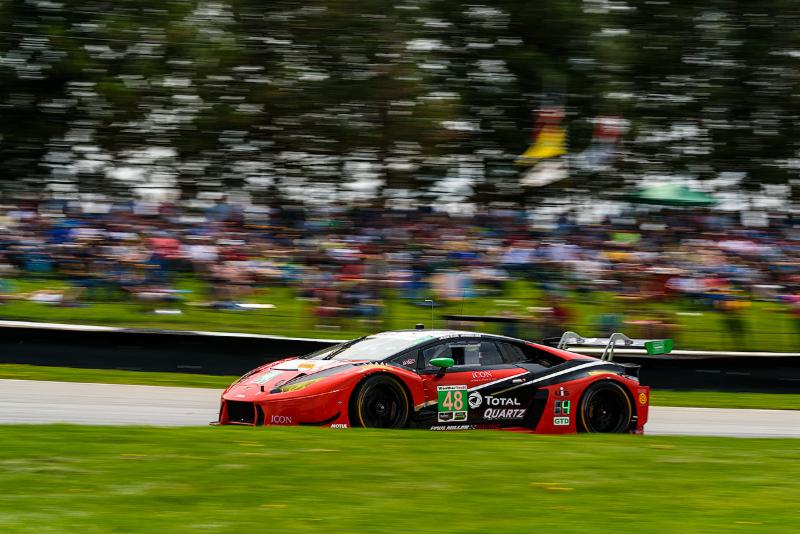