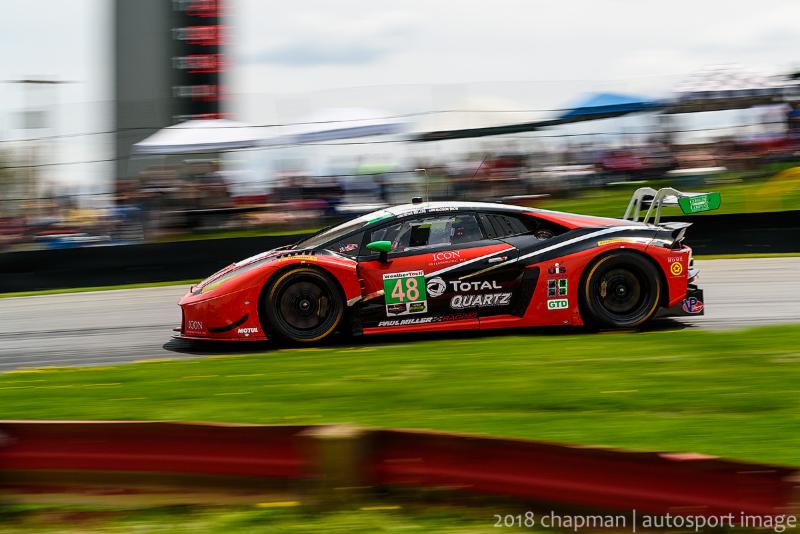 PARSIPPANY, N.J., (June 25, 2018) — The IMSA WeatherTech SportsCar Championship is in full swing, and Paul Miller Racing has executed a perfect season thus far to create a four-race podium streak in as many races. With one win and three third place finishes, No. 48 TOTAL Lubricants/UIS Lamborghini Huracán GT3 leads the GTD class championship heading into the Sahlen’s Six Hours of the Glen at Watkins Glen International Raceway.

The Sahlen’s Six Hours of the Glen is the third of four endurance races on the 2018 calendar, and full season drivers Bryan Sellers and Madison Snow will alone share the driving duties of the No. 48 TOTAL Lubricants/UIS Lamborghini Huracán GT3. The driving pair of Sellers and Snow clinched their first win of the season at the Twelve Hours of Sebring, and with the team have shown competitive speed, strategy, and consistency all season long to celebrate continued success throughout the highly competitive season. In 2015, the team clinched pole position at the Glen, bringing home a third place finish. This year, the team seeks to continue their streak of success, adding another win to the history books.

In celebration of the Fourth of July, the No. 48 TOTAL Lubricants/UIS Lamborghini Huracán GT3 will sport a patriotic livery, sporting the stars and stripes interwoven into the team’s traditional full season livery. Temperatures of the Sahlen’s Six Hours of the Glen are predicted to be extremely high for both qualifying and race days, with temperatures set to be in the high 90s. The ability for drivers to perform in such conditions, combined with tire wear and degradation will be crucial to team strategy.

The Sahlen’s Six Hours of the Glen will air live on Sunday, July 1 on FS1 from 9:30AM to 4:00PM Eastern, and audiences outside the United States can tune into imsa.tv to watch the live stream, which will also offer in car vantage points for domestic viewers. IMSA Radio will offer live coverage of every session, and live timing can be round here.

The Sahlen’s Six Hours of the Glen is one of my favorite events of the season. We are back to one of our longer races which really puts a premium on having a perfectly executed race. A lot of good cars are coming back to the series for the Tequila Patrón North American Endurance Cup, so we will have to be at our absolute best to get a result. We have had a good start to the season, however this stretch of the summer is extremely important, and we will do our best to execute for these next rounds of races.

I’m looking forward to Watkins Glen. The car felt really good at the test and I’m confident we can bring the same speed we’ve had all season to the race. We’ve been on a great podium streak so far and I hope we can repeat this weekend. I’ve never podiumed at the 6 Hour so I’m hoping this can be our year. The Glen is a challenging track with a fast paced flow. It looks like it’s going to be hot for the race so tire management as well as physical exertion management will be key. Bryan and I are strong in both of those areas so I think we can be a top contender this weekend if we play our cards right. 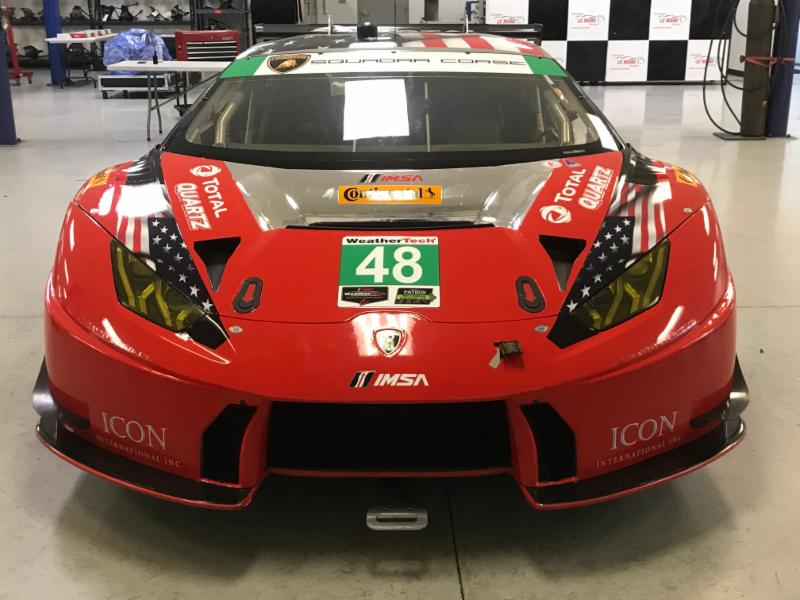