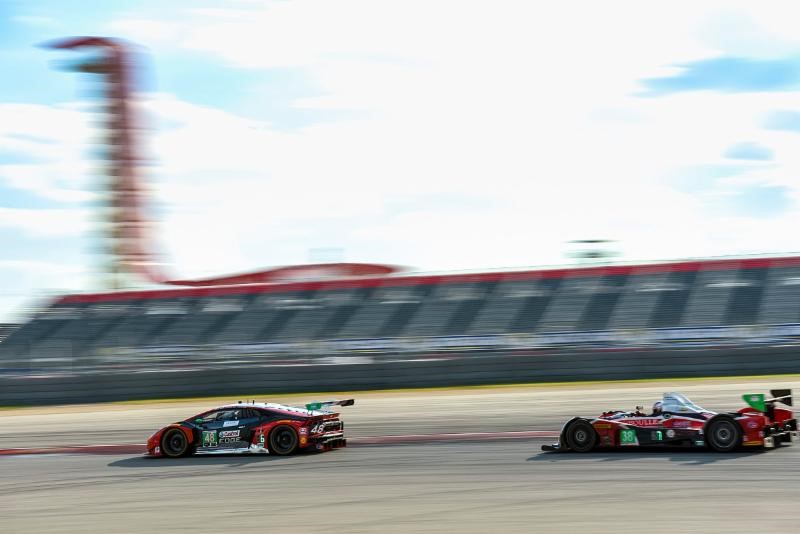 The next-to-last race on the 2016 IMSA WeatherTech SportsCar Championship calendar, the two-hour and 40-minute Lone Star Le Mans can be seen live on FOX Sports 2 (FS2) at 12:30 p.m. EDT today.

Sellers, Snow and the No. 48 team will be looking for their second-straight 2016 IMSA WeatherTech GT Daytona (GTD) victory today after earning their first win of the season one race ago at VIRginia International Raceway (VIR).

Snow qualified on the pole at VIR before co-driving with Sellers to the VIR win, but he found the COTA circuit a little more challenging Friday. His top lap time of 2:09.841 in qualifying was good enough to lock down the outside row three starting spot.

“The car doesn’t have much grip and it is really greasy on the track, but everybody is dealing with the same thing,” Snow said. “Our crew is awesome at working on the car and delivering a great race setup. I’m confident in both the car and the crew for the race.”

Snow will start the race and hand the No. 48 off to closing driver Sellers.

“It’s a little bit of an uphill battle coming from where we are, there’s a lot of good cars in front of us, but we will just put our heads down and figure out where we lost some of the pace we had in practice,” Sellers said. “A lot of things were different with the heat and the rubber, but Madison did a good job in qualifying. He got held up in and I’m certain he could have gone faster with clear laps, but that’s the name of the game sometimes.”

– While the COTA circuit’s layout has some critics, Sellers is quick to point out the track usually delivers great racing. “It does lack some of the character and aura of other tracks we go to, but it can generate really good racing, and at the end of the day that’s kind of all we’re here to do. I think we’ll be able to put on a show for the fans as a whole, as a series, and I think that’s what in my mind determines a good event or a good track.”

– The Paul Miller Racing team has made some smart strategy calls this year when it comes to driver changes and the lengths of each driver’s shift behind the wheel. Snow has even pulled the lion’s share of the driving duties in some races, but he’s not seeing that as an option in today’s heat. “In terms of strategy, pulling a double stint doesn’t seem as feasible this time around because of the in-car and track conditions.”