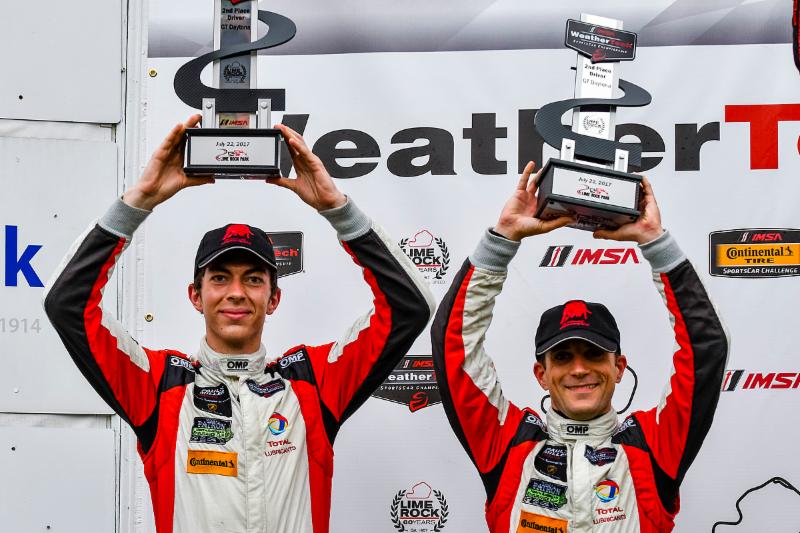 Driver Madison Snow qualified the No. 48 TOTAL Lubricants/UIS Lamborghini Huracán GT3, setting a fast lap time of 52.508 seconds to earn pole position. Snow led the GTD field to green, showing strong and steady pace to keep the lead over Patrick Long. He created a comfortable gap in the opening laps, but at the 30 minute mark, Long caught back up to the leader. Snow expertly navigated the traffic on the 1.474 mile, seven turn road course to keep his position. In one anxious moment, the 75 Mercedes got too close for comfort, resulting in Snow wisely backing off to save the car. Long took advantage and shortly after took the lead position. With over two hours remaining, Snow settled into second, saving the tires for later when it would be more advantageous to fight. The first round of pit stops began, and Long pitted with 52 minutes complete to get tires, fuel, and give the car to his co-driver, Daniel Morad. Snow stayed on course, and again lead the class, with Christiana Nielsen’s Ferrari back 20 seconds. Snow increased the gap to 26 seconds before pitting for the Lamborghini’s full service stop.

Co-driver Bryan Sellers took over with fresh tires and a full take of fuel, rejoining in fifth, five seconds within the race leader. With the pressure on, the pack of GTD cars started racing hard while working through lapped cars. Sellers avoided any contact, moving up to fourth as pit stops cycled through. Hampered by a lapped Mercedes ahead, Sellers stayed in fourth, waiting to make a move to catch up to the leaders. With one hour and seven minutes remaining, the 73 Porsche pitted from the lead pack, moving Sellers up to third behind Jack Hawksworth and Daniel Morad. Cloud cover over the Connecticut track, cooling temperatures, allowing for tire degradation to slow just slightly. Hawksworth and Morad pitted, leaving Sellers to get clean laps to burn off fuel and gain position. before making his final stop.

With one hour remaining, the field cycled through the final pit stops, and Sellers found himself sitting second behind the Park Place Racing Porsche and Patrick Long in the Alegra Motorsports Porsche. For the remaining hour, the trio raced within three seconds of each other, managing their tires while still trying to hold or gain position.  The pressure was heavy, but the three drivers raced clean, maneuvering their way through the lapped traffic while also being passed by the faster GTLM class cars. Bryan Sellers and the No. 48 TOTAL Lubricants/UIS Lamborghini Huracán GT3 finished second, locking in a podium finish in front of guests from Paul Miller’s dealership as well as TOTAL Lubricants VIP guests.

In two weeks, Round 8 of the IMSA WeatherTech SportsCar Championship resumes August 3-6 at Road America, the longest course on the 2017 calendar. The Continental Tire Road Race Showcase will from 2:30PM to 5:30PM Eastern on FOX Sports1. For more information, visit imsa.com.

Paul Miller |Team Owner
The guys did a great job today, all the way around. The crew, the engineers, the drivers. We had the best race car we’ve had all year to earn our second podium of the year. I’m very happy with the direction and trajectory of the team. It was a little frustrating not to get the win, but we all feel that way. We’re looking to get the top step next time. It was fantastic to earn a podium with everyone from the dealership and from TOTAL. It makes the celebration that much more special.

Madison Snow | No. 48 TOTAL Lubricants/UIS Lamborghini Huracán GT3 | Started P1
I started on pole, and was keeping it in first for a while. I caught some lapped traffic. There were a lot of people on different strategies out there. They came out of the pits in front of us. I tried to make a pass on one of them, but decided to play it safe and as a result, Patrick Long got by me. I sat there for a while as we pulled away from the rest of the cars. We stayed in that positon for a while. We had the pace, but It is so difficult to pass here. We stayed in line for the whole race, and waited for someone to make a mistake.

Bryan Sellers | No. 48 TOTAL Lubricants/UIS Lamborghini Huracán GT3 | Finished P2
We worked for that one a little more than we thought we would. We played a pretty smart middle of the stint. The pace was slow, so we were saving the rear tires. With a call of about 30 minutes to go, I had a feeling that’s when the pace would ramp up. I could hang out with him for the first 5-10 minutes. From there on, it was just making sure I could still maintain and not lose to Patrick Long behind us. I want to say congratulations to the Park Place Racing guys. They did a fantastic job and they deserve it. I’m so happy for them. We have all the TOTAL people here to see the TOTAL car on podium. 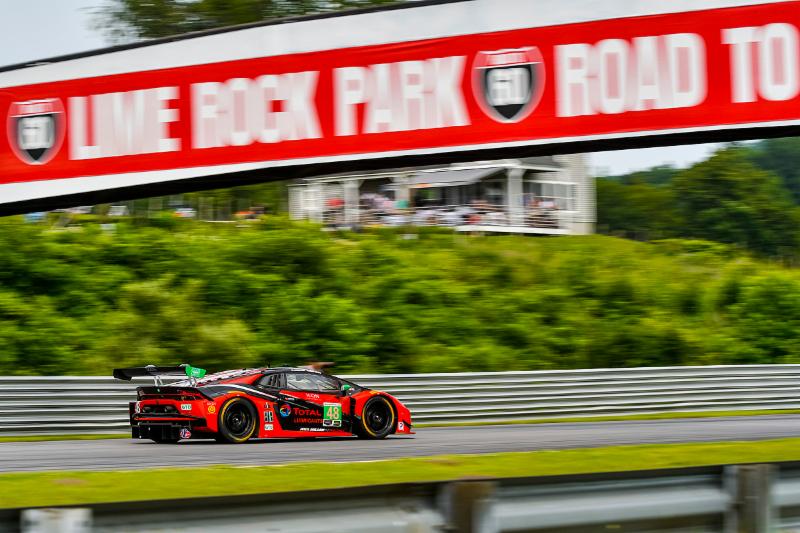