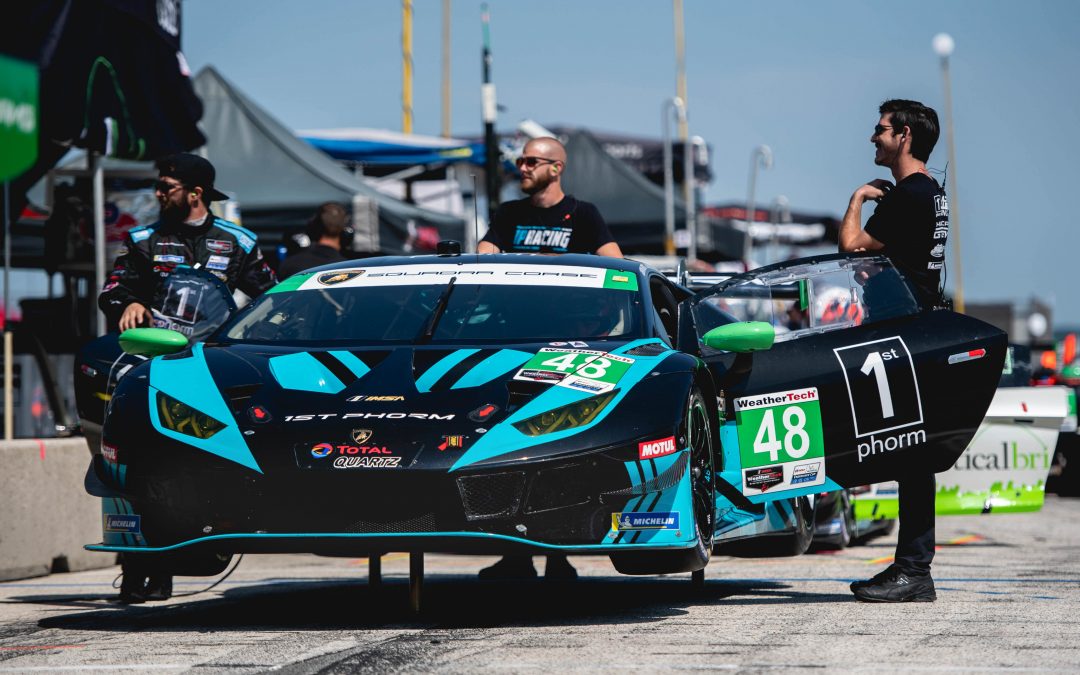 Fresh from the team’s second podium finish of the year at Road America, Paul Miller Racing heads to the picturesque VIRginia International Raceway circuit this weekend – aiming to take the team’s Lamborghini back to victory lane.

The 3.27-mile VIR circuit has been a happy hunting ground for both team drivers Bryan Sellers and Corey Lewis.

Sellers, Madison Snow and Paul Miller Racing won here in 2016, while Lewis took the top step of the podium in the IMSA WeatherTech SportsCar Championship here the following year in 2017. Sellers also has a pair of podium finishes to his credit at VIR in his American Le Mans Series days.

This weekend will be the third weekend that Sellers and Lewis have teamed up together as a duo aboard the 1st Phorm / Total Lubricants-sponsored No. 48. Lewis is standing in for the injured Ryan Hardwick as he recovers from knee surgery.

Lewis quailed second fastest at the last round at Road America and finished second with Sellers aboard the Lamborghini Huracán GT3 Evo. The duo lead 35 laps en route to Paul Miller Racing’s second podium of the year.

This weekend will be another busy weekend for Lewis – pulling double duty in the Lamborghini Super Trofeo series.

The Paul Miller Racing Lamborghini squad will hit the track for first practice on Friday at 11:45 am. Qualifying can be seen on IMSA.TV on Saturday at 12:15 pm with the race shown live on NBCSN on Sunday at 1:30 pm, Eastern. 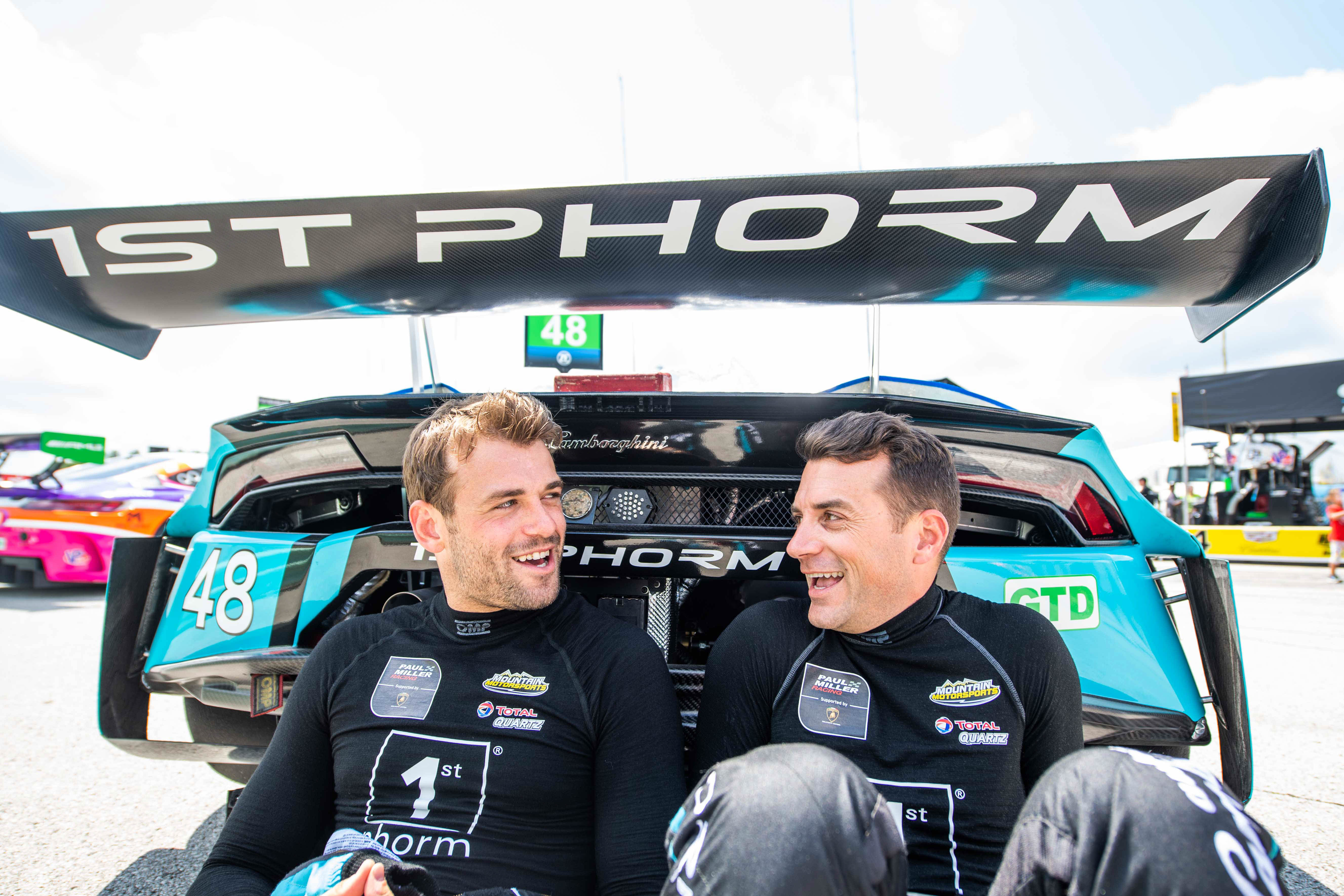 Bryan Sellers
“VIR is a track that’s been a little bit up and down for us at Paul Miller Racing. But it’s certainly a place that we all love to go.
“It’s one of the few great facilities and tracks in the whole country and one of the best parts about it is the people. The fans at the races, the management that runs the circuit, it’s just a track like no other
“I think we learned a lot when we left last year on ways to improve and on things we need to address before going back. We knew our weaknesses, and I think one of the only ways to improve on a bad result is to realize those weaknesses and try to correct them.
“So I think moving forward we should have a pretty good car, we’re coming off of a good result in Road America, which was basically Corey and my only second time driving together, so we’re hoping to build on that progress and continue to move in the right direction.”

Corey Lewis
“VIR is one of those events on the calendar that I always mark off and star. Every year when I arrive there, it always feels like home.
“The whole VIR staff is top-notch, and the facility is amazing. It’s definitely one of the best circuits that we go to on the schedule. Leading into this weekend working with the entire Paul Miller crew and Bryan has been awesome.
“We had a great weekend at Road America, and I hope that we can gain from that positive momentum we built and can apply it to this coming weekend. Obviously, the ultimate goal is to end up on the top step and have another great weekend ahead.” 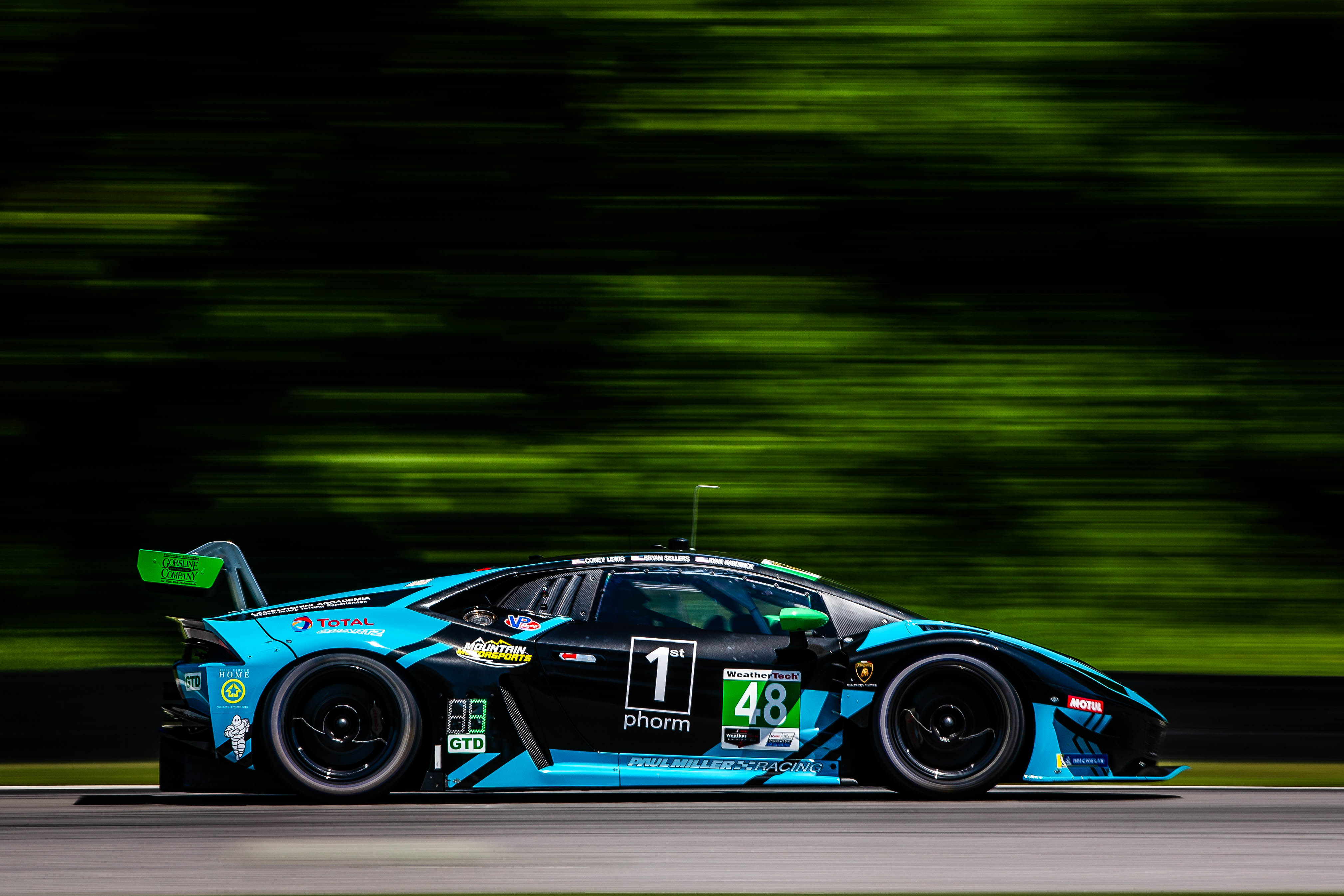