Paul Miller Racing Completes Successful Test at Roar Before the 24 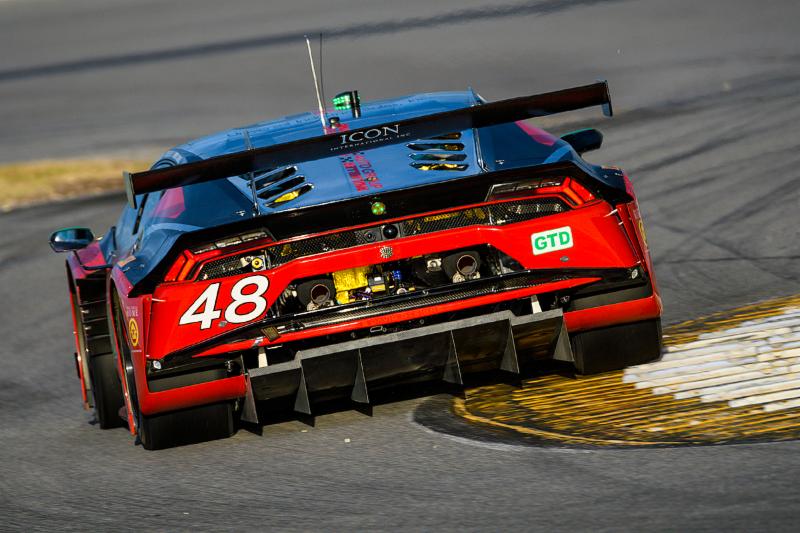 “We had a productive test, even with the the unusually cold temperatures here at Daytona,” said team owner Paul Miller. “This time of year, this test is about fine tuning and refocusing, and we are fortunate to have Bryan and Madison back as our full season pairing and Bryce and  Andrea to support them here for the 24.”

Drivers Bryan Sellers, Madison Snow, Bryce Miller, and Andrea Caldarelli reprised their roles as pilots of the Lamborghini, and will share the driving duties for the Rolex 24 At Daytona later this month. Paul Miller Racing previously completed testing during the offseason in an effort make further development and progress in anticipation of the 2018 campaign.

The Roar Before the 24 offered various weather conditions during the three day test, allowing the No. 48 Lamborghini Huracán GT3 team to run the car in warm and cool temperatures. The car performed well, allowing the team to again methodically work through the pre-season to-do list in order to have the best car for the Rolex 24 at Daytona. The team topped the GTD class charts in the sixth practice session, showing the strength of the Lamborghini on the 3.56 mile road course.

The endurance race will take place January 27-28, demanding speed, reliability and teamwork from all participants for 24 long hours. The race will begin Saturday at 2:40PM on FOX, and end Sunday on FOX Sports 1 at 2:40PM. For full broadcast and event schedule information, visit imsa.com 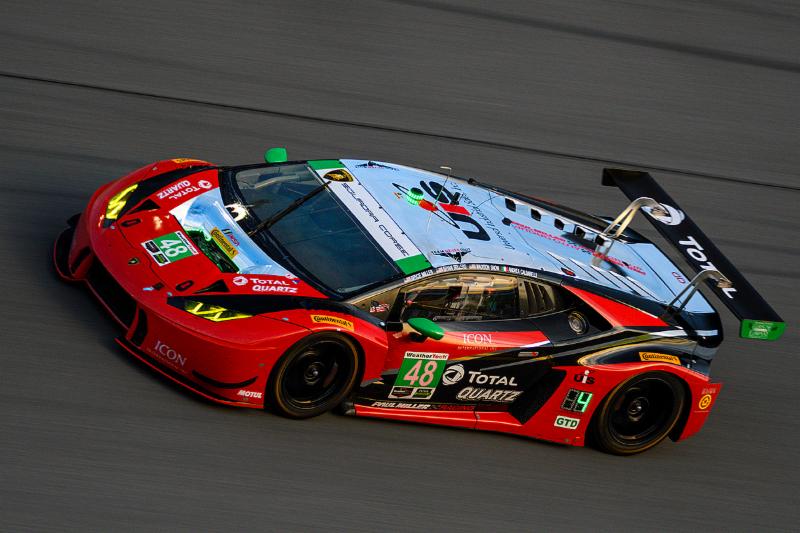 Bryan Sellers
It was a pretty standard roar. We come here and run through our standard processes to prepare for the race. We make sure everything is operating the way that it needs to so that we have a decent race car. We ran through a list of things we needed to test for when we come back for the race, in order to be as successful as possible. We didn’t spend too much time focusing on balance and outright speed, because we know that will change in a few weeks anyway. We ran through our list of things, and each driver received ample time on track. All in all, it was a good first go for the year. Now we’ll go back and prepare for the race, which is what really matters.

Madison Snow
The roar is a good time to get all the drivers back together and comfortable in the car. It’s not as big of a change for us as it is other teams, since we have the same drivers. It’s nice to be able to have the same drivers because you can slowly work on improving the car and the drivers instead of everyone getting to know each other. We’ve had a decent test. Our car has performed well. You can never look at a scoreboard to determine where you are, because everyone has their own agenda on a weekend like this. We’ve been near the top here, but that doesn’t mean anything until you’re here for the race. We’re excited for the race, knowing how well we can all perform together. We’ll be back in a few weeks and will see how well we can do.

Bryce Miller
It’s been fun to be back and with the same driver lineup. It great to be back with familiar personalities and fun guys, although the car has been a challenge for me. I’ve been out of the car for a while, so I’ve had to do some work to get back in the groove and find my comfort level and confidence. I’ve got good support here in the team, and that’s worth a lot. The test has been going well, and I’ve been enjoying it. I’m looking forward to the Rolex 24.

Andrea Caldarelli
I was very happy to be back on track here in Daytona with Paul Miller Racing. It was nice and easy to work again with the team, and they are always great with me and really flexible to work with. I think we worked very nicely during the week ended up trying different things and set ups and with P1 in the free practice this morning. I think we have good baseline to start the 24 hour race weekend.