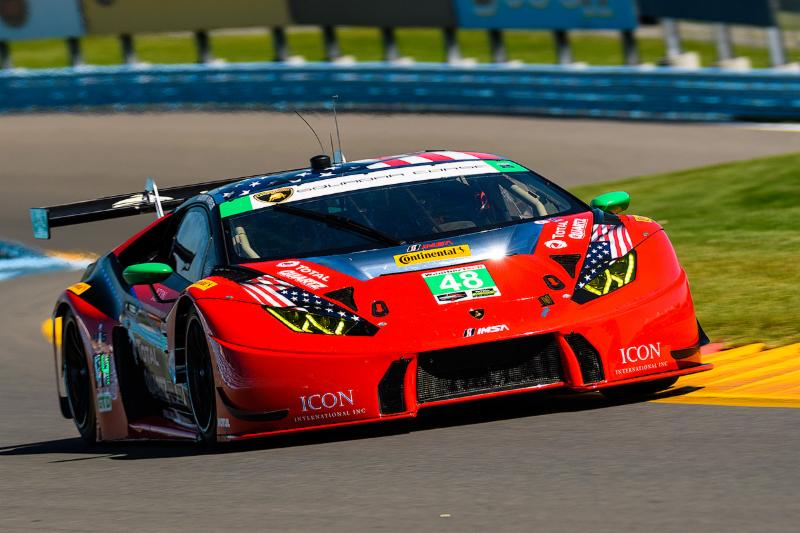 WATKINS GLEN, N.Y., (June 30, 2018) – Qualifying for the next round in the IMSA WeatherTech SportsCar Challenge concluded Saturday afternoon at Watkins Glen International. Paul Miller Racing, the GTD class points leader, qualified in seventh for Sunday’s Six Hours of the Glen.

In 90-degree temperatures and under clear skies, Madison Snow qualified the No. 48 TOTAL Lubricants/UIS Lamborghini Huracán GT3 in seventh position, with a best lap time of 1:49.429. The young American completed seven laps in the 15 minute session, braving the heat to put in consistent lap times throughout the session. While the points-leading Lamborghini lacked the outright speed desired for pole position, Snow reported to the team that the car’s handling was the best it had been all weekend, and exactly what the team needed for a strong race performance.

Proper car balance will be crucial for the six hour endurance race in order for the team to run consistent laps and strategically climb to the front. With a seven point lead, every point will count, and Paul Miller Racing’s pit strategy will be imperative for a successful race.

A longtime supporter of the United States Military through various nonprofits including Operation Motorsport and Team Never Quit, Paul Miller Racing will also host eight active duty service men and women from Fort Drum through their partnership with Full Circle House. Full Circle Home connects deployed service members with their loved ones across the country and on bases around the world, and Paul Miller Racing is honored to host their guests for this weekend’s event.

The Sahlen’s Six Hours of the Glen will air live on FS1, starting at 9:30AM Eastern. Audiences outside the United States can stream live via imsa.tv, and live audio coverage of the event will be available worldwide from the IMSA Radio team. For additional event information, visit imsa.com.

Bryan Sellers
There’s definitely some positives and some negatives to take away from qualifying. I think the positive is that Madison was pleased with the car, the balance, and where we were. I thought he was able to get a pretty good lap together. Leading into the race, it’s going to be hot and difficult. Having a good car balance is everything. The fact that he’s pleased with where we’re at should give us confidence for tomorrow. The negative is that we don’t seem to have enough speed to run with the front runners. Now you end up scratching your head when the car is good, and Madison got everything out of it that he could, but we don’t know where the remainder of the lap time is. This could be one of those races where we see if it comes to us, and see if we’re better on tire life, if we can maintain pace better, and just see how the race unfolds. It would seem we don’t have the outright speed, but we have a good team, great guys doing the pit stops, and we’ll make the most of it.

Madison Snow
I was excited going into qualifying knowing we had the best car we’ve had all weekend. Lap time wise, we did great in qualifying. You always want to be up front in qualifying, but its tough competition here. We had a lot of rear grip this morning. This afternoon in qualifying, we were a little difficult in putting the power down, but there’s always going to be some area you have to improve upon in the heat of the afternoon. We’ve never had a top three car for speed, but we’ll definitely be able to be in the top five, and be consistent, and that’s what we’ll be. It’s a longer race and consistency helps us in the long run. 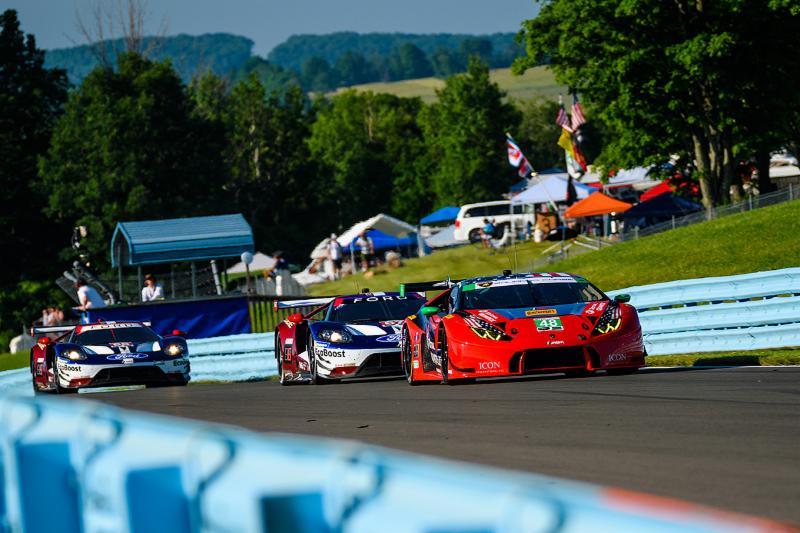