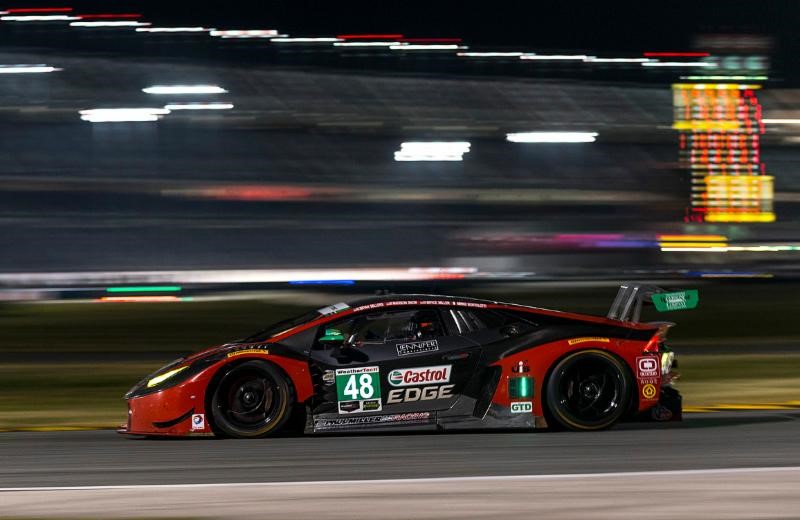 “We are really excited to have a driver of Andrea’s talent available to join our team for the Rolex 24 At Daytona,” said Team Owner Paul Miller. “He is familiar with the Lamborghini Huracán and GT3 racing in total and proved to be quick from the beginning in his test with us even though he had never been to Daytona before. On top of that, he is genuinely nice guy who fit in right away with our team and gives us the final element of a driver lineup we believe should be very competitive.”

In addition to extensive open-wheel racing experience in Italian and European Formula 3, GP2, GP3 Super Formula and Formula Nippon, Caldarelli has spent the better part of this decade as top contender in the Japanese Super GT series. He earned championship runner-up honors in the recently completed 2016 Super GT championship.

“I am very excited and really looking forward to making my debut in the Rolex 24,” Caldarelli said. “As it is my debut in this race, it is very important to have the support of a team like Paul Miller Racing with so much experience and successes. I am sure we will do very well.”

Caldarelli co-drives with full-season Paul Miller Racing teammates Bryan Sellers and Madison Snow as well as team endurance-race specialist Bryce Miller. Sellers, Snow and Miller teamed together in each of this year’s four IMSA endurance races and make up the No. 48 team’s core long-distance race lineup again in 2017.

“It will be great adding another strong driver to the lineup,” Sellers said. “We have a solid base of drivers that we used last year. We were all able to drive the same balance race car and wanted the same things from the car. Andrea came in and immediately fit the same mold. He is a great guy and very easy to work with. He brings a lot of knowledge from the manufacturer which also helps us in the long run.”

Sellers, Snow and Bryce Miller have all earned Rolex 24 podium finishes in their careers but join Caldarelli in looking for their first victory in the twice-around-the-clock race.

“The Rolex 24 is looking good,” Snow said. “We have good drivers in the car, everyone has good pace and is a team player. One of the challenges of the 24 is bringing in more drivers to help split the time for the endurance race. Sometimes it’s good to go with who you know, but at the same time it is always nice to be able to meet more drivers in the industry if you believe they will give you a better chance at winning the race. After the first test we had with Andrea we are very happy and excited to be able to work with him.”

“I found the team very professional and with a huge know-how compared to a lot of teams I race with,” Caldarelli said. “Definitely the banking parts at Daytona were the biggest surprise. It felt really strange for me to go into the banking corners for at least the whole first day, but after that I started to enjoy it.”

Next up for Paul Miller Racing is the traditional Roar Before the Rolex 24 At Daytona three-day test at Daytona International Speedway, January 6 – 8, 2017.

– Sellers and Bryce Miller were co-drivers on the No. 48 team when Paul Miler Racing finished second in the GT class in the 2011 Rolex 24, a career-best result for both drivers and the team in the Daytona race. “Daytona is a team-first race,” Sellers said. “There is no one part that is greater than the entire sum. To have a good result in this race everyone needs to compromise, everyone needs to be on their game and everyone needs to do their job. It is an exciting race because very few are based so much off of the team as a whole, and I believe this will be a strength for us.”

– Caldarelli is already taking stock of the challenges the Rolex 24 will bring with four different classes of race cars sharing the track. “The traffic will be a challenge,” Caldarelli said. “I think this play a big role how to manage traffic with other cars. I am used to this, however, it is very challenging for everyone I think.”