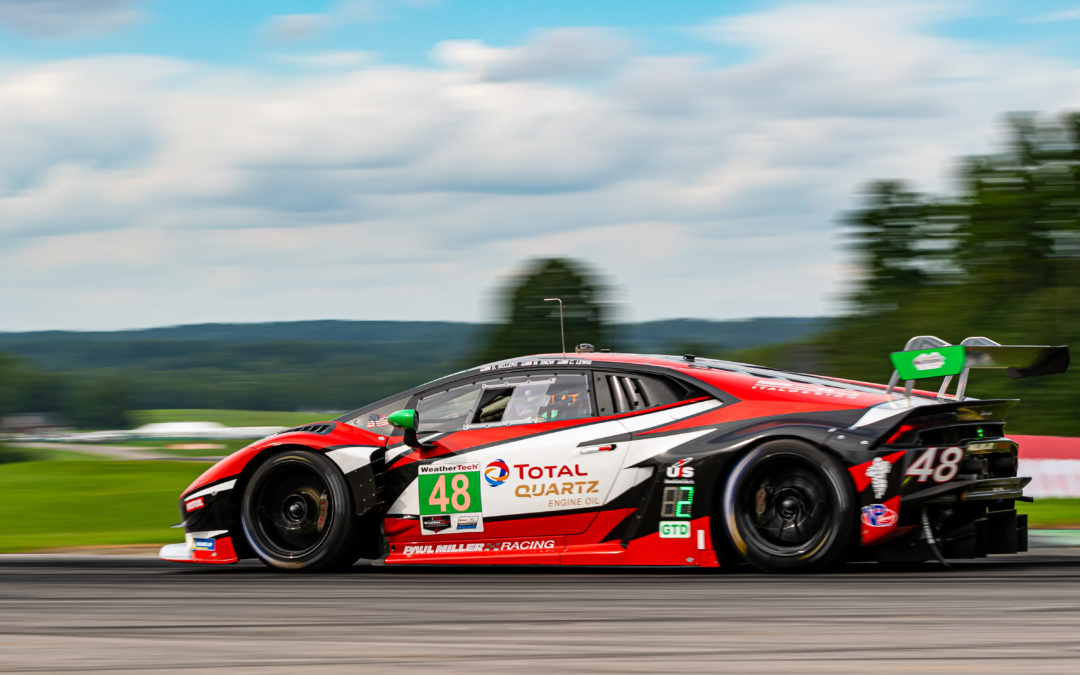 DANVILLE, VA (Saturday, August 22, 2020) – The Paul Miller Racing team drove to a triumphant third place finish at VIRginia International Raceway this afternoon before an unfortunate technical infringement moved the No. 48 Total Lubricants-sponsored Lamborghini Huracan GT3 EVO to the back of the GTD field.

Madison Snow qualified fifth in the team’s first IMSA WeatherTech SportsCar Championship race weekend since winning the Rolex 24 at Daytona back in January.

Snow stormed through the field on two occasions, initially, before the first pitstop for the team, moving from fifth to third despite two yellow flags. And again following the final pit stop, handing the No. 48 over to Bryan Sellers from second place to complete the last 61 minutes of the Michelin GT Challenge at VIR.

Sellers conserved fuel expertly through his stint, hitting his intended lap time every time while still managing to keep the No. 74 and No. 86 cars behind him for a majority of the last hour. However, on the final lap, with the assistance of GTLM traffic coming from behind, the No. 48 fell to third place behind the No. 86.

“It’s a shame that such a good day got overshadowed,” Team manager Mitchell Simmons said.

“It was an extremely unfortunate error on our part. At the end of the race we were found to be 0.8L over fuel capacity and that’s something as a program we can’t allow to slip past us. We fully support IMSA’s decision in how they handled it, the rules are rules. We’ve just gotta look at the process and make sure it’s a mistake that is only made this once.”

The weekend served as a warm-up for the team before heading to the second endurance race of the 2020 IMSA Michelin Endurance Cup at Michelin Raceway Road Atlanta.

“At the track, our team performed well, in all respects, but this level of mistake is not representative of who we are and is below our standards and doesn’t reflect properly on the precision and attention to detail we have come to expect from our team,” Paul Miller Racing founder Paul Miller said.

“But, Madison and Bryan both drove flawlessly today. We didn’t have the overall pace of some of our competitors, but those two made sure we were always in the thick of the fight because they were driving so well.” 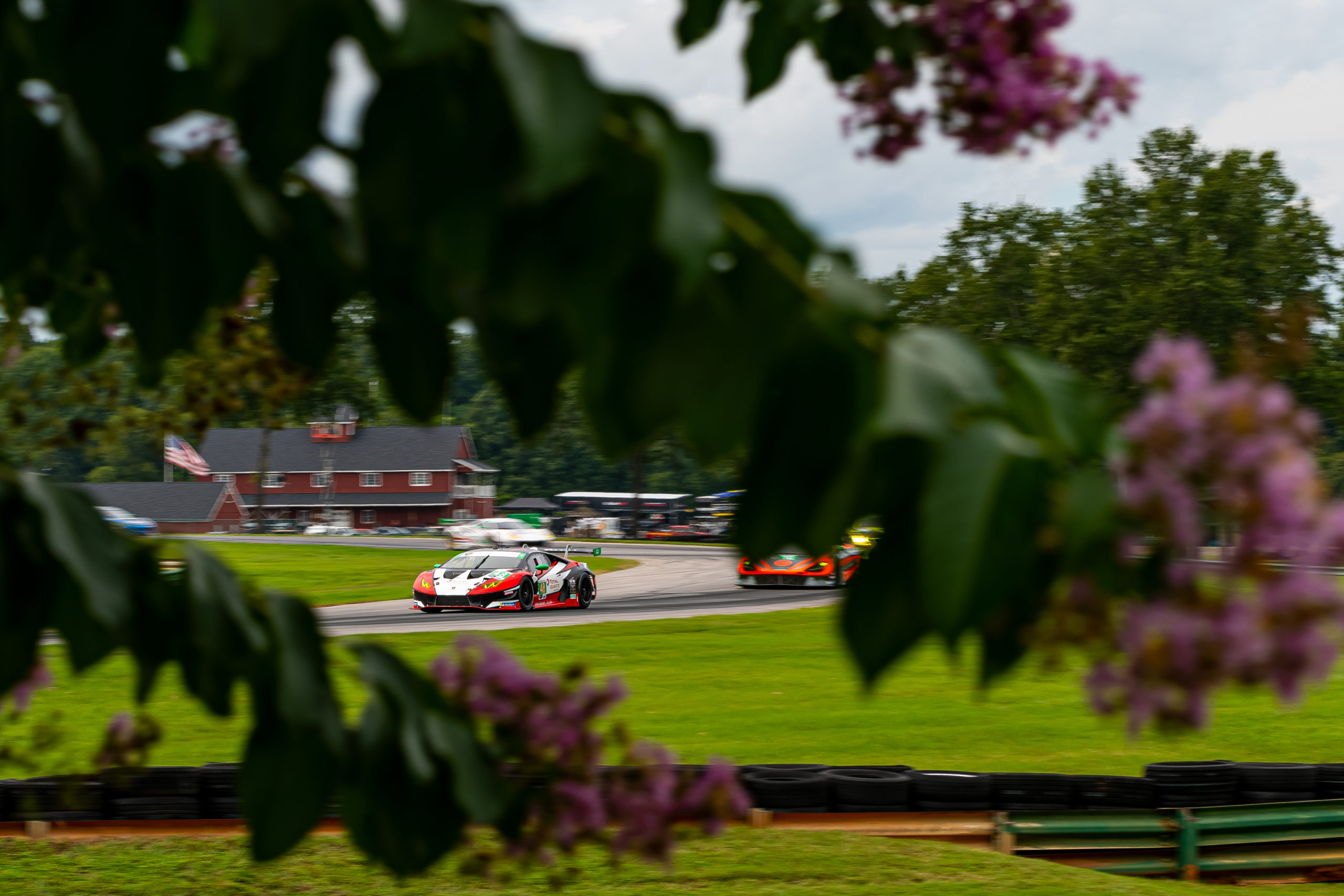 Bryan Sellers
“The race itself, the truth is, it is just so good to be back! We performed well, regardless of what happened. The car was strong, Madison and I were able to back into the swing of things very quickly. We both had a little bit of rust Friday morning, but we were able to shake it off. And we had to deal with a lot of different situations in the race, traffic, fuel conservation, the gambit of things. That’s what made getting back to VIR so important because those are things you have to make sure you can do. We were happy to run through those check marks and to catch this now before we head to Michelin Raceway Road Atlanta.”

Madison Snow
“The race itself was really good. It showed that we had good pace in the car and I’m glad we’re back out here. It was a lot of fun being back in the car. It’s been a while for all of us. We didn’t have the best qualifying, but that just gave us the chance to move up.
“It was actually some of the most fun racing I’ve had in a long time. It’s always a good time when you get to battle and you’re in the pack. I think the weekend went great for us really up until we heard about the penalty. But it was a lot of fun getting back out here and we definitely learned a lot and improved a lot this entire weekend so we’ll be ready for the six-hour coming up next!” 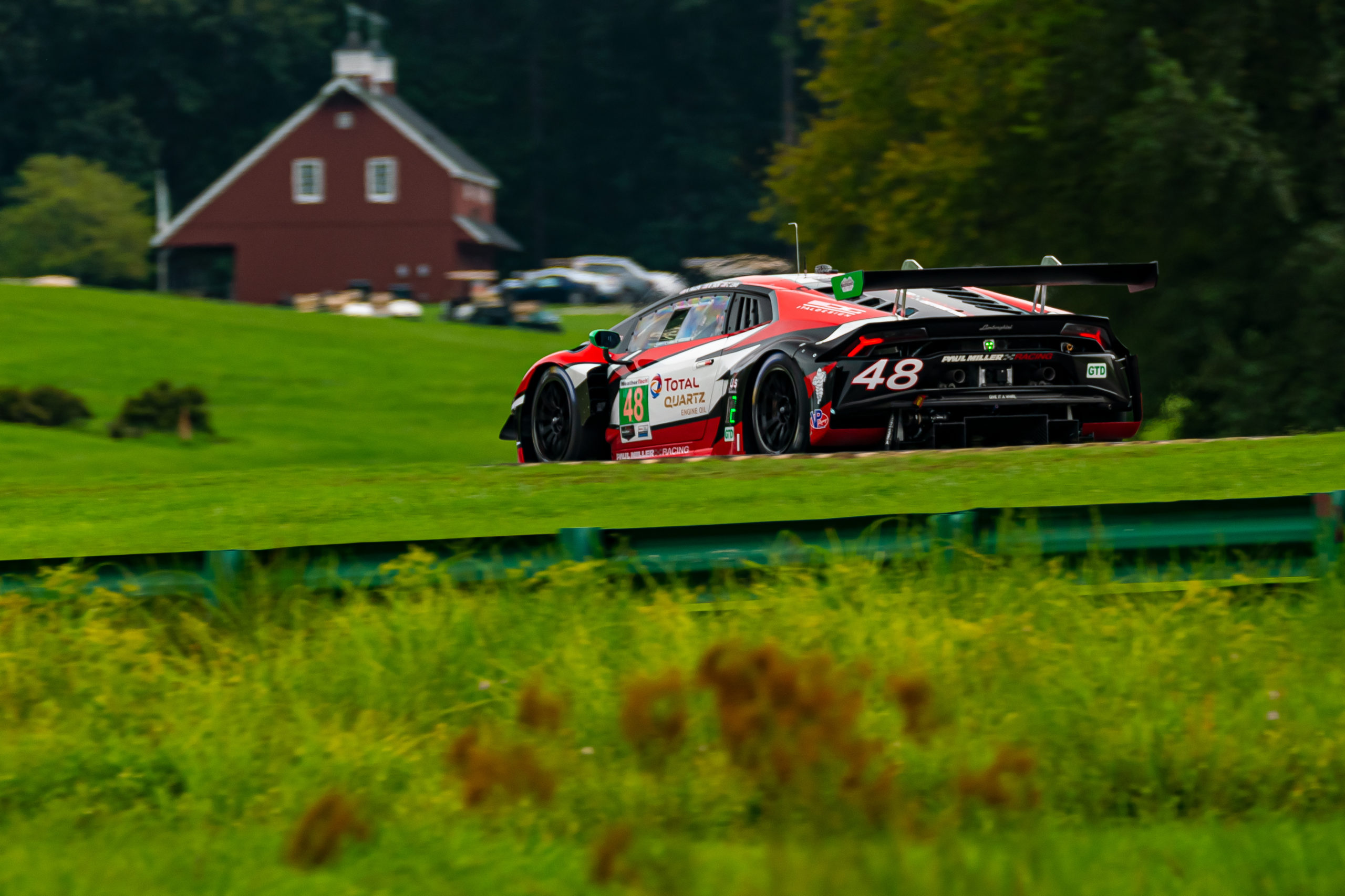