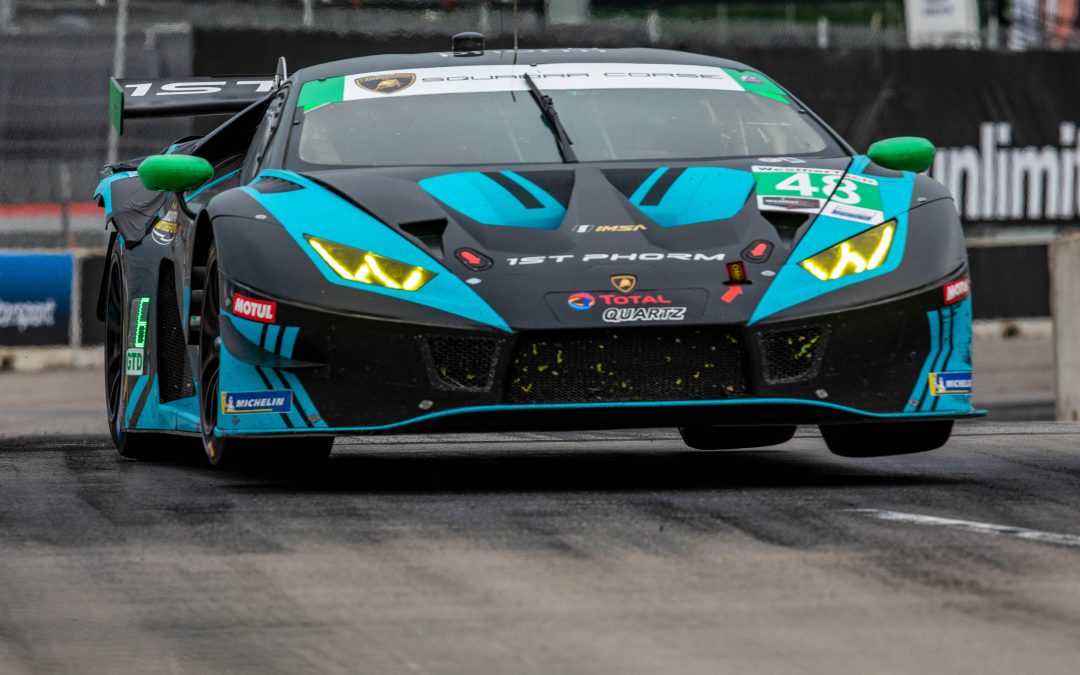 The Paul Miller Racing Lamborghini squad fought back for a top-five finish after opening lap drama on the Belle Isle street circuit in Detroit today in the latest round of the IMSA WeatherTech SportsCar Championship.

Making his first start on a street circuit, Ryan Hardwick was hit in the rear in the first corner and turned around into the tire wall. 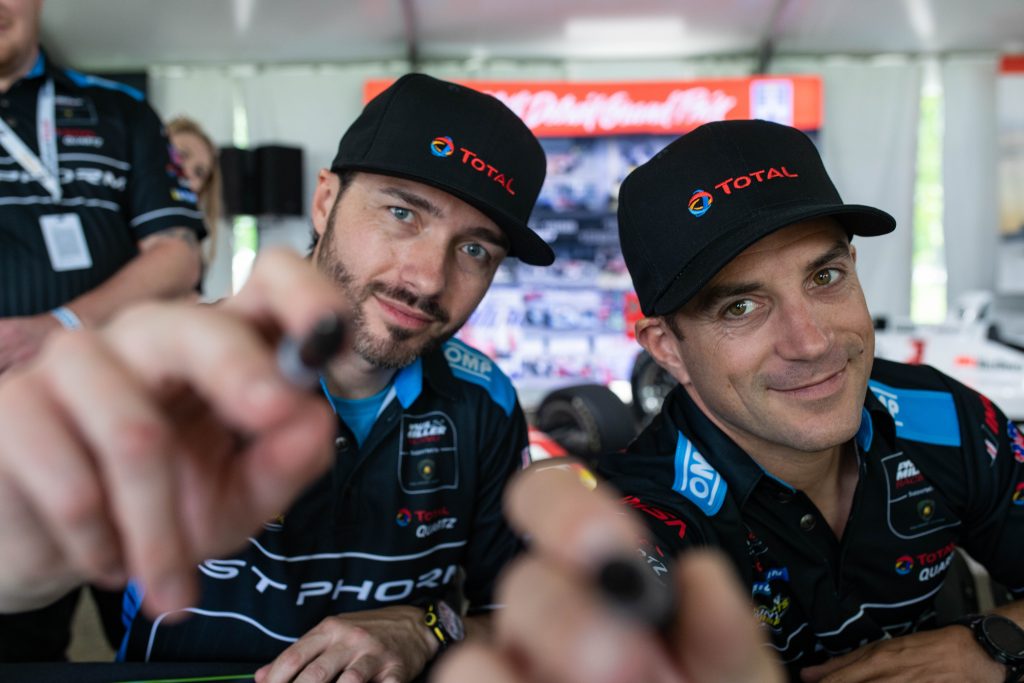 The No. 48 Paul Miller Racing/1st Phorm Lamborghini Huracán GT3 EVO limped back to the pits where the team quickly sprang into action to effect repairs. A second mandatory stop came shortly after for pitting under a closed pit situation.

The team was able to refuel during that second stop, opening up their strategy options later in the race. Despite the early dramas, Hardwick was able to remain on the lead lap and handed over to Bryan Sellers with 60 minutes remaining.

Great work by the crew elevated Sellers to ninth position when he rejoined. The next part of the race was marred by four additional full-course-yellow caution periods – the final one coming with 30 minutes to go.

The 2018 IMSA GTD champ kept on the charge to the checkered flag to cross the line in fifth place as rain began to fall.

“We’re thrilled with our result of P5, under the circumstances. The damage from our first lap incident could’ve been much worse or put us out of the race altogether,” Paul Miller Racing founder, Paul Miller said.

“Ryan and Bryan both did a great job of recovering, and the whole team impressed with our comeback effort. We caught a few breaks by the mistakes or retirement of others, but we never gave up after the opening lap drama.

“We’re very happy and proud to have gone from last to a fifth-place finish.  We’re still in the top three in the Sprint Cup point standings, and it’s very close with five races remaining in the championship.”

Bryan Sellers
“This is always a tough place. Top to bottom to get a result here is very difficult. Unfortunately, we got ran into from behind on the opening lap. I feel it’s just one of those racing situations. Cooper (MacNeil) was super gentlemanly and apologetic about it afterward, it was just a mistake, and sometimes those things happen.
“But I think how you recover from these situations is very important and to claw our way back to fifth leaves us in third in the Sprint Cup Championship, so it’s a good weekend.
“We had a strong car, Ryan did a great job and, as always, our guys execute every single time. We’ll go onto Watkins Glen and hopefully have a good run.”

Ryan Hardwick
“That was a memorable first street race in Detroit. It was just unfortunate at the start when we were completely taken out from the back. Cooper MacNeil is a great driver who just made a mistake, which unfortunately cost us to go to the back.
“But we fought hard to get back up into mid-pack, and Bryan drove an amazing final stint. It was another excellent job by our team with the pit stops, we were efficient, and they did their job and didn’t lose any time there and made it back up to a top five.
“We salvaged what could have been a really bad day and were able to finish in the top five, and we feel good about it. “