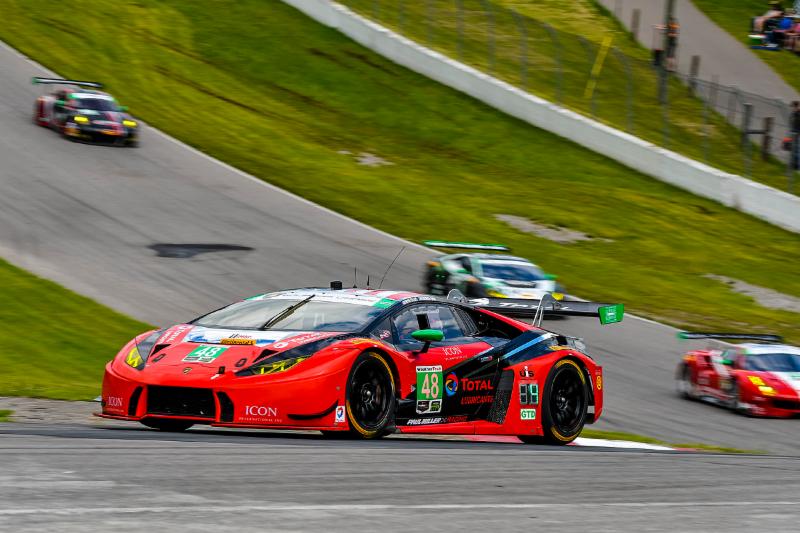 Bryan Sellers qualified the No. 48 TOTAL Lubricants Lamborghini Huracán GT3 in fourth position, and despite heavy pressure from a pair of Michael Shank Racing Acuras, he maintained position as the field took the green flag under clear skies on Sunday. Forty-four minutes into the race, Sellers made the pass on Katherine Legge in the Acura to take third position, as the field drew close to the first pit window. As pit stops began to cycle threw, Sellers and the Paul Miller Racing Lamborghini Huracán GT3 took the lead, immediately holding an 11.2 second gap over Christina Nielson’s Ferrari. Nielson pitted, further extending the Lamborghini’s lead to 22 seconds. Shortly after, Sellers made his first pit stop, pitting for only fuel and tires to run a double stint behind the wheel.  He cycled through in third position with one hour and 44 minutes remaining.

With one hour remaining, Sellers pitted from second position to pass the car to co-driver Madison Snow for his opening laps of the race. Snow rejoined in fourth, and quickly set his sights on the next car up, the No. 16 Lamborghini. Snow made the pass and climbed to third as the field went full course yellow. The skies opened, and rain came down, causing many of the prototype cars in the field to pit for wet or intermediate Continental Tires. Snow stayed out, staying on his racing slicks. Attrition and mixed conditions pushed Snow to fifth on the restart, but he kept the car on track as additional incidents brought out the next caution with twenty minutes to go. A series of cautions and rain plagued the race in the final twenty minutes, and Snow kept clear of the chaos to finish in 8th position.

From Ontario, the race team will head to New Jersey to Paul Miller’s Audi dealership, where the car will be prepped for the next race weekend.  The IMSA WeatherTech SportsCar Challenge will take a short break and resume later this month at Lime Rock Park in Lakeville, Connecticut, July 22-22. The Northeast Grand Prix will air Saturday, July 22 on FOX Sports 2 starting at 3:00PM ET. For more information, visit imsa.com.

Bryan Sellers
Unfortunately, this was not the result we wanted. The weather really threw a kink into our plans and made for some very difficult conditions to fight through in the end of the race. In those bad conditions, it just turned into a luck of the draw. I feel like we had decent pace and a good race car, and we executed well through strategy and pit stops. We were just unlucky at the end when we needed the luck. I feel good with our package going into Lime Rock Park. We just need things to go our way, and I think we’ll get a good result.

Madison Snow
Our car handled great and was fairly quick in the dry, but my run quickly changed from a normal race when the rain started. The rain was a bit of a surprise for everyone out there. With the way the yellows worked, no one had any time to adjust to the rain until the track was completely wet. We received the green glad to start racing again, and had to quickly adapt to the changing conditions. We gained some speed by the end of the race, and I started making my way back up, but the race ended a few laps short due to a full course yellow. 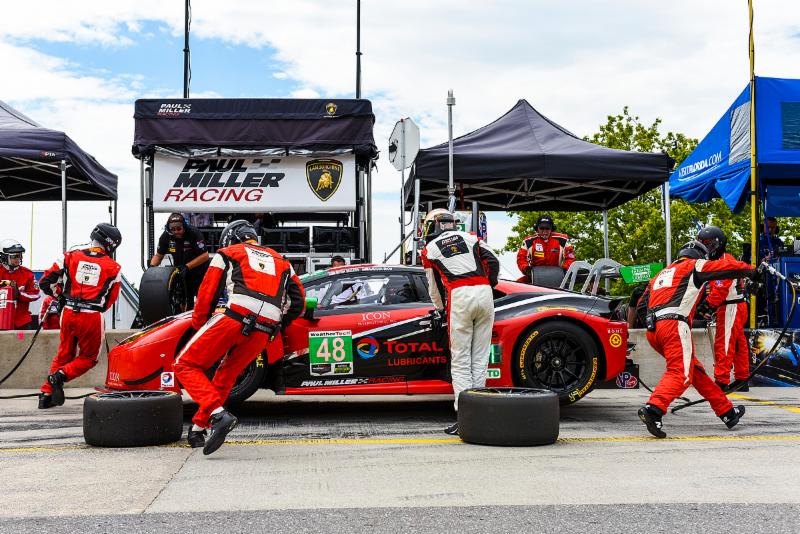