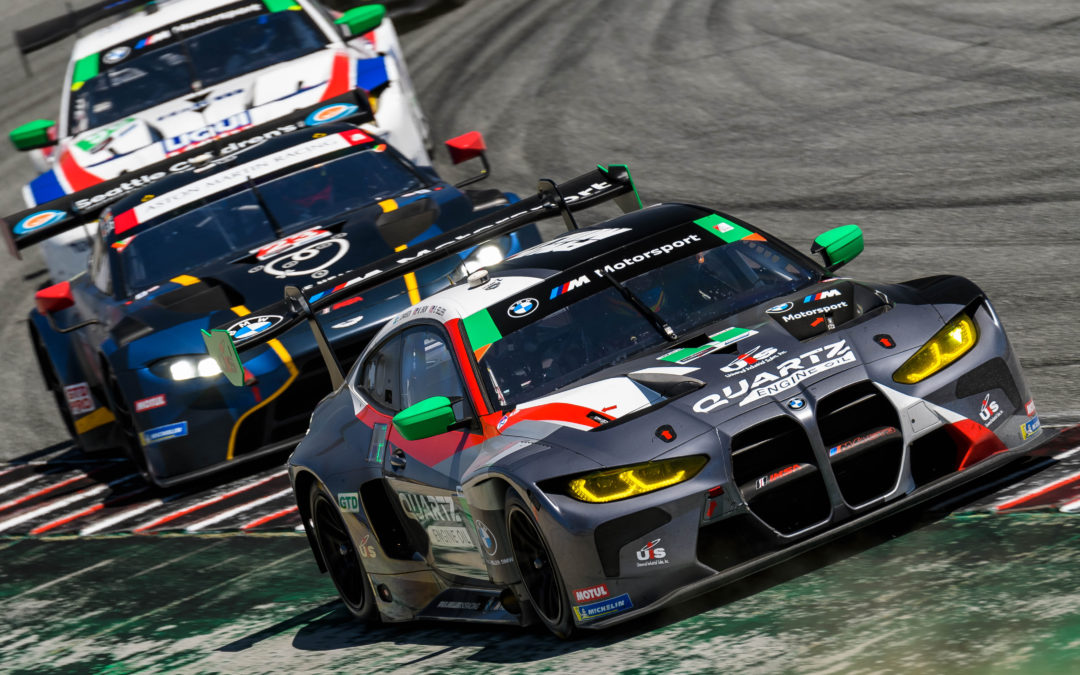 Starting in the sixth position in the hands of Madison Snow, the Paul Miller Racing No. 1 BMW M4 GT3 advanced to the front of the field through strategy and a perfectly-executed early pit stop. Snow would lead for nine laps before falling back to the second position.

With just over an hour remaining in the two-hour, 40-minute race, Snow pitted and handed the Quartz Engine Oil-backed BMW over to his co-driver Bryan Sellers for the remainder. On the low-grip, high-degradation track, it would be a herculean task for Sellers to hang on to the tires through his stint. Like many during the latter stages of the race, the No. 1 team slowly faded, ultimately crossing the line in the fourth position.

The race at WeatherTech Raceway Laguna Seca marked the second round of the IMSA Sprint Cup, for races two hours and 40 minutes or less. With the fourth-place finish in Monterey, and the team’s victory in round one at Long Beach, Snow and Sellers leave the California swing of the season with the Sprint Cup point lead. 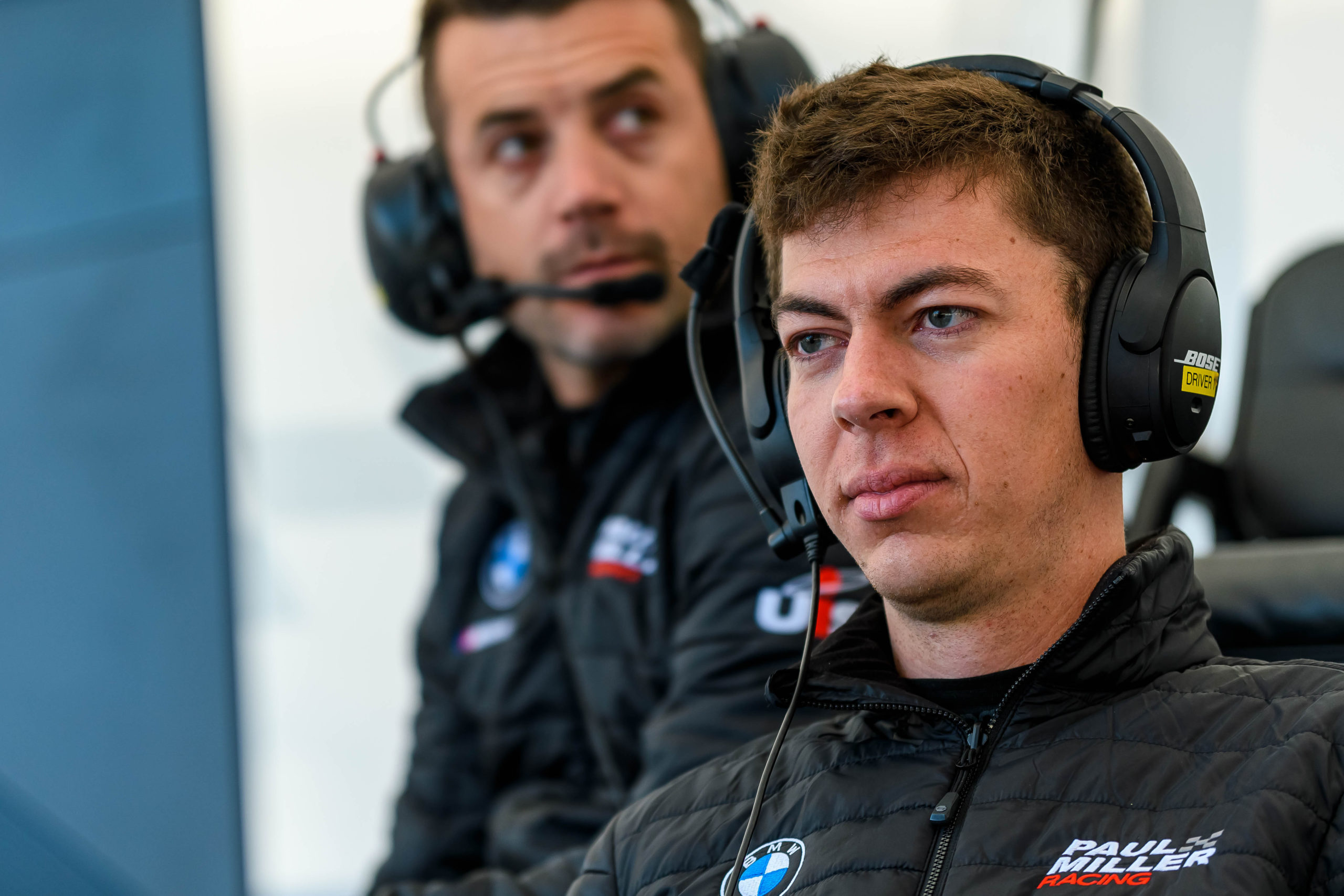 “If you had told me after Sebring that by Laguna Seca we would be disappointed to finish fourth, I’m not sure I would have believed you,” Paul Miller Racing team owner, Paul Miller, said.

“This team has made really incredible progress on this new M4 in truly a very short amount of time. We already won a race this year; we’re leading the Sprint Cup. It really is remarkable how hard everyone here at Paul Miller Racing has worked to make this program and this switch to BMW as successful as it has been.

“As for today, some days it’s just not your race to win. We had decent pace but really excelled in strategy and execution on pit stops. Unfortunately, we just lost the front tires a little bit sooner than our competitors at the end. Fourth is still a really good result towards the Sprint Cup, but now we focus on going even better at Mid-Ohio.”

The IMSA WeatherTech SportsCar Championship is back in action in two weeks at Bryan Sellers’ home track—Mid-Ohio Sports Car Course. 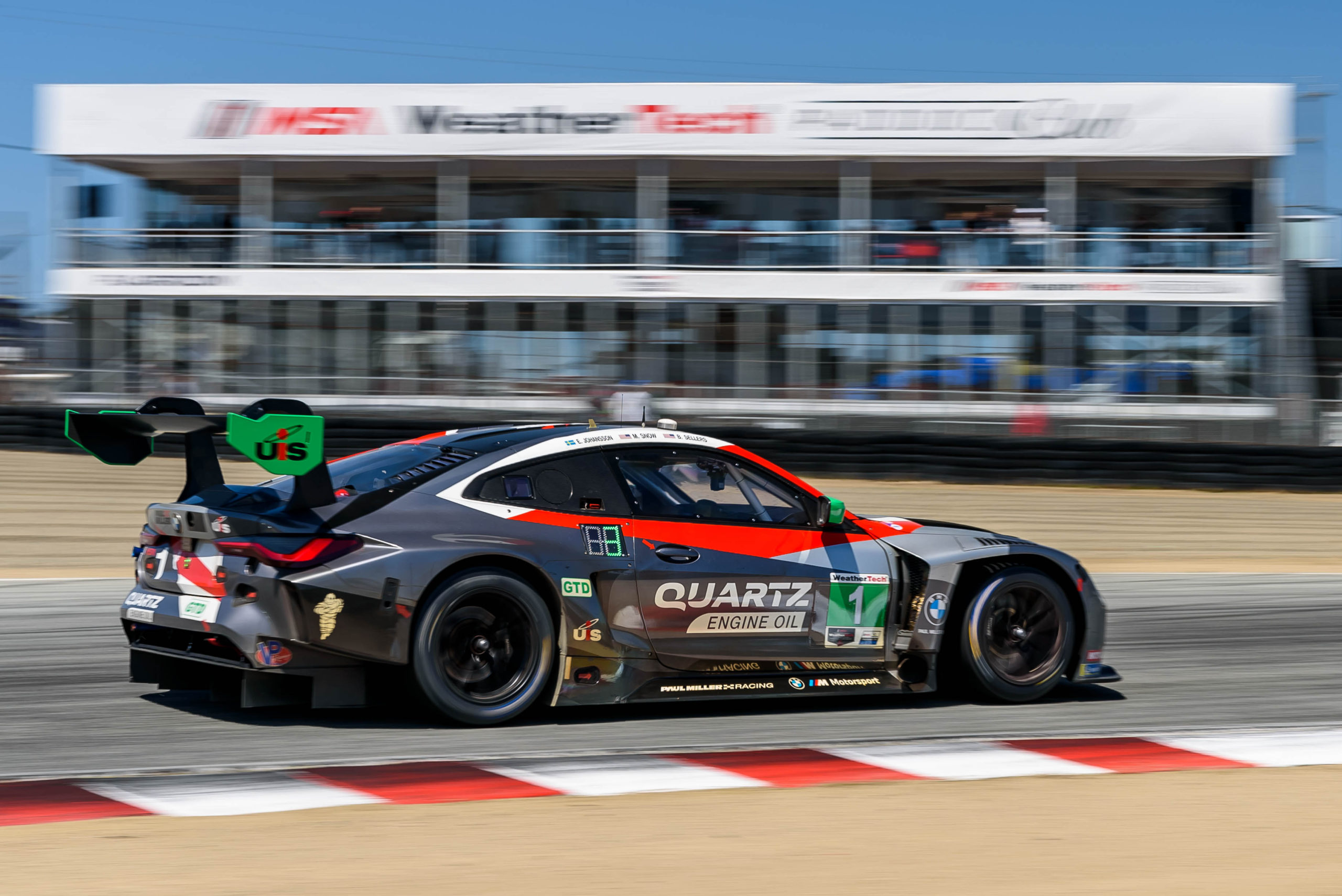 Madison Snow
“Qualifying didn’t go as good as, say, Long Beach went for us. So we knew we had our work cut out for us. We ended up making some good strategy calls at the beginning of the race, and that put us in the front. We were super thrilled about that because we didn’t think we had the fastest car out there today, but we knew we had the strategy to help us. We ran around out front for a while before some contact with another class car allowed the BMW behind us to get around. The team executed great; we made big improvements between practice and qualifying, but when it came down to it, some of the other cars had more pace than we did, and it was hard to battle them. But, this team did a great job all weekend and executed perfectly.”

Bryan Sellers
“It’s hard to say it was a tough day when we improved on our qualifying position by two places—but it was a tough day. I think we put ourselves in a really good position than we ended up, and at the end, we just didn’t have enough to stay there. There were a couple of other cars that were really fast today, and we just didn’t quite have enough to hold them off. Usually, we excel in these races that rely on team execution, and, even though today the crew absolutely executed, we just couldn’t hold position. So, it’s a little bit frustrating. These are the teething battles we’re going to struggle with a new program—low grip, high tire deg circuits are going to be something we have to focus on. We’re going to have to figure it out quick because it’s going to apply at a couple other places this year, Lime Rock for sure. We’ll reload the best we can and try and figure it out.”