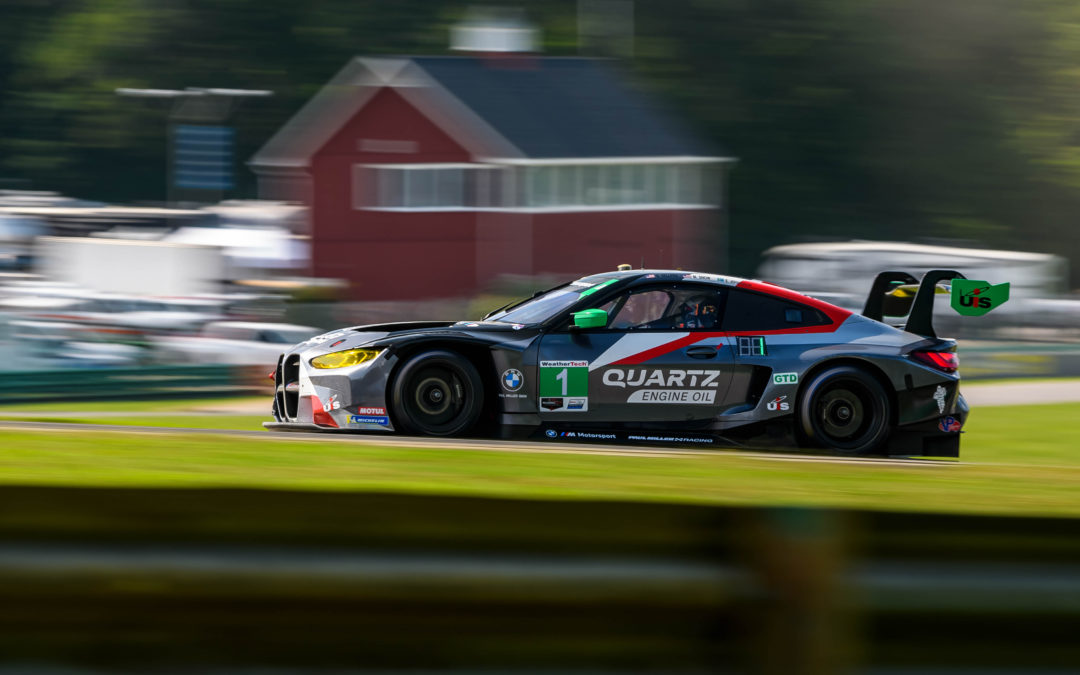 Starting from the third position—and clinching the IMSA Sprint Cup by taking the green flag—Madison Snow kept the car in podium contention throughout his stint, handing over to co-driver Bryan Sellers with just under two hours remaining.

Sellers would move his BMW M4 GT3 into second place early in his stint, and would leapfrog into the lead after an exceptional pit stop by the team during the race’s one and only yellow-flag period.

The No. 1 would lead for a total of 21 laps over the course of the final Sprint race—IMSA WeatherTech SportsCar Championship races two hours and 40 minutes or less—of the season before being forced to pit for a splash of fuel in the closing minutes of the race.

Though Sellers would work to close the gap to cars ahead, making two passes in the final 10 minutes to put the No. 1 in podium position, he would eventually become mired behind a lapped car, halting his charge forward.

Sellers and Snow would come home in the third position. The race at VIR this weekend not only secures the Sprint Cup officially for Paul Miller Racing, but also the Manufacturers’ Sprint Cup for BMW—the first championships won globally by the all-new M4 GT3. 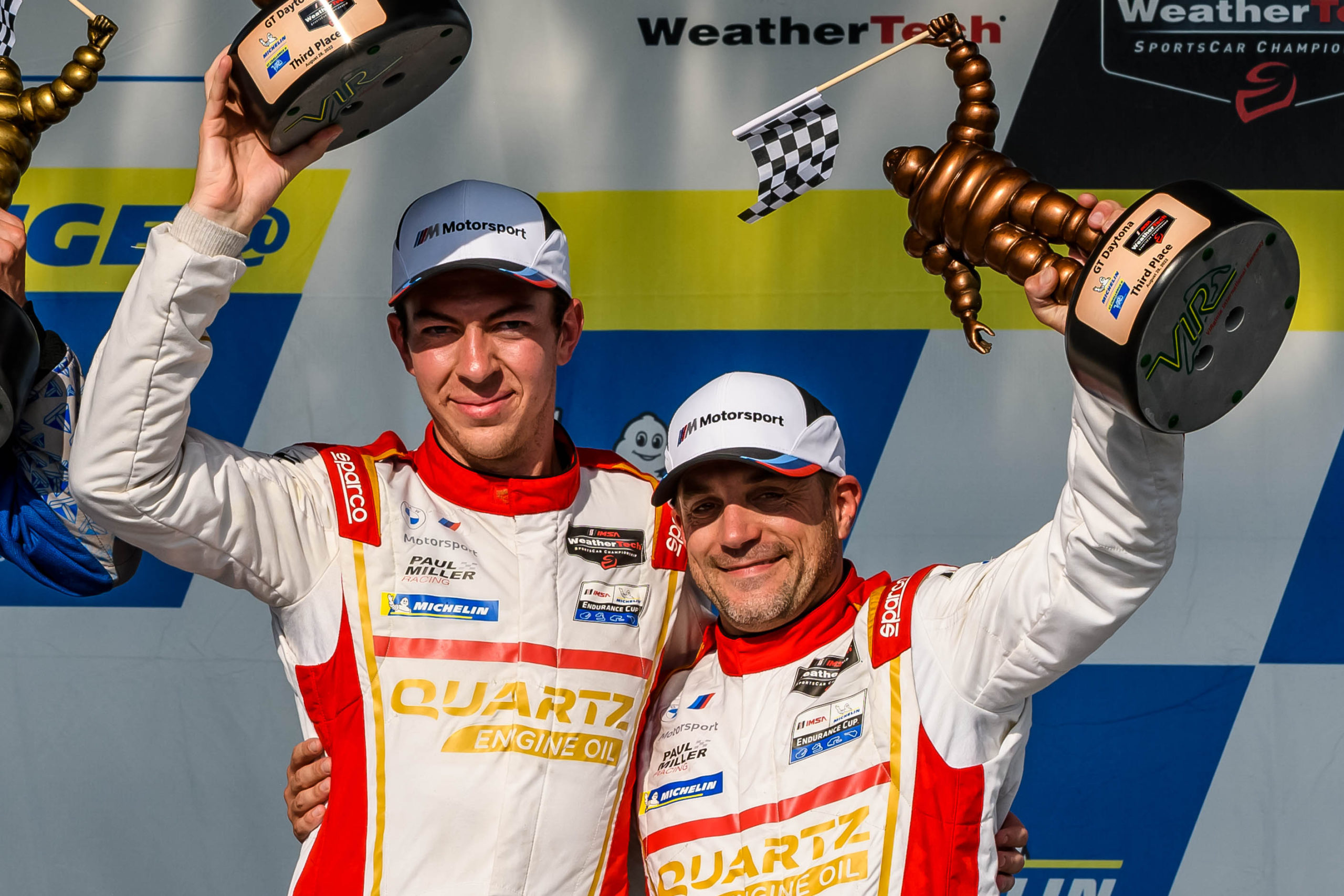 “We’ve been here many times when there have been cautions right outside our pit window, and we’ve reacted just like we did today and always got a caution to make it to the end,” Paul Miller Racing team owner, Paul Miller, said.

“Today, we didn’t get that caution and came in third. It’s a little disappointing because I feel like our car and our execution was better than that today. But, ultimately, it’s a good result and really important for the various championships.

“Our team and BMW have locked up the Sprint Cup titles, which is amazing. And now our focus is on helping BMW clinch the GTD Manufacturers’ year-long title. Our third place helps towards that, but we will have to push at Petit to make it happen for everyone at BMW.”

The IMSA WeatherTech SportsCar Championship next heads to the home race of Paul Miller Racing for the season-ending, 10-hour Petit Le Mans at Michelin Raceway Road Atlanta on October 1st. 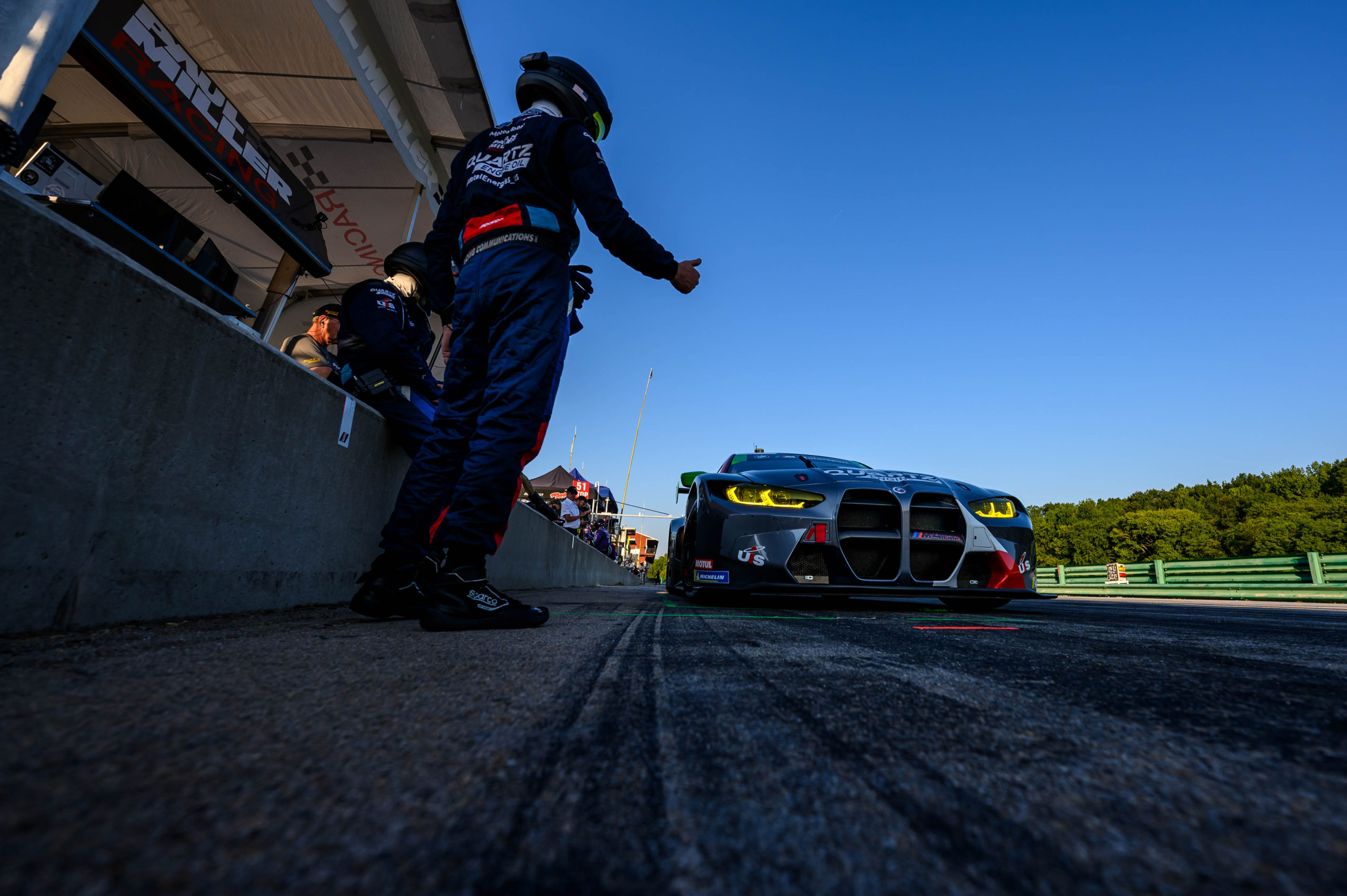 Madison Snow
“It’s good to be back on the podium. It’s good for the team morale, but also always fun for Bryan and I to get some trophies and spray some champagne. I think the race was going a little bit better than where we ended up finishing before the yellow flag came out. The crew did a great job. All the pit stops were great. Bryan drove a fantastic race. I think the team executed perfectly—we didn’t lose anything anywhere. So we did the best that we could have done, and that ended up with third. It’s a little disappointing, but we’ll be back for Petit and we always want to do well there because it’s the team’s home race. It’s always a fun one because everyone brings the families out and so there’s a lot of good support there.”

Bryan Sellers
“It’s impossible to be too disappointed when you’re able to get on the podium. The only difficult part is that I felt like we kind of had the race in control. I don’t really know how it unraveled on us at the end there. But, I know that we did everything we needed to do to be in the fight at the end there, so I’m really proud of our guys. We had a really strong race car. It didn’t seem like there was anybody out there that had a whole lot more than what we did—maybe the No. 57. On a day where you feel like you hit everything right and you should have maybe won, but you don’t, that’s always tough. At the same time though, you have to look at the big picture. We got a podium. We got the Sprint Cup championship for ourselves and for BMW. And we had a good race! Just super proud of everyone for that, the guys just continue to give and give and give and I’m glad that we could bring home a podium for them.”