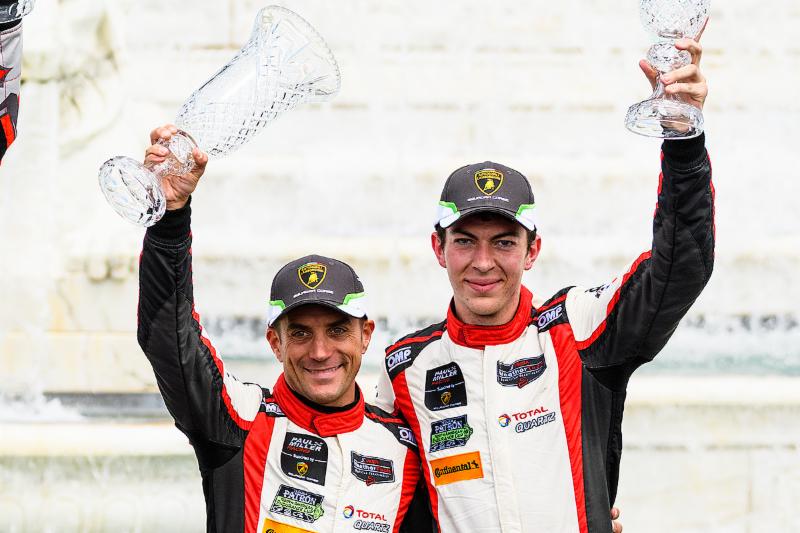 Bryan Sellers started the race from pole position, and immediately set the pace for the GTD field. Despite heavy pressure from Katherine Legge in the No. 86 Acura, Sellers kept Paul Miller Racing in the lead for the entirety of the stint. An early yellow flag disrupted the quick pace of the race, and Sellers kept the lead over Legge on the restart. At the completion of the opening stint, Sellers pitted the No. 48 in from the lead for a full service stop of tires, fuel, and a driver change to Madison Snow.

The No. 93 Acura of Lawson Aschenbach won the race out of pit lane, taking only two tires during the stop. Madison Snow rejoined in sixth, but after pit stops cycled through and the rest of the field came in for their pit stops, the young American sat in third behind the No. 86 and No. 93 Acuras. The battle over second place began immediately, as Snow stayed right on the rear bumper of Aschenbach. As the two battled for position, prototype traffic intervened, separating the two GTD cars and allowing the No. 93 to create a substantial gap. Not to be deterred, Snow found clean air and charged forward, coming within 4.4 seconds of the top two cars.

The clock on the 100 minute race ran out as Snow continued to close the gap, resulting in a third place finish for the TOTAL Lubricants/UIS Lamborghini. Drivers Bryan Sellers and Madison Snow hold a three point lead over the race winning No. 86 Meyer Shank Racing Acura of Katherine Legge. The IMSA WeatherTech SportsCar Championship next competes at Watkins Glen International June 28 to July 1 for the Sahlen’s Six Hours of Glen, the third race of the endurance championship within the existing championship, the Tequila Patrón North American Endurance Cup. Sellers and Snow qualified third in 2017, showing strong speed and improvement all weekend. This year, the two will again spit the driving duties for the six hour event, eager to again extend their championship points lead as the series enters the second half of the race season.

It’s another great race weekend for us to earn another podium. Anytime you can get a podium it’s a good day. I’m proud of Madison. He did a good job. It was his weekend to finish the race, and his weekend to lead the team. He got to take charge and I couldn’t be prouder of the way he continues to grow and step up for us. We had a good weekend as a team. We started off with a car that was fast, but not necessarily comfortable to drive, and continued to get better as the week went. This is what it’s about. It’s about continuing to fight, continuing to learn, and finishing on the podiums. All in all, it was a good weekend. We don’t have nearly enough speed to beat the Acuras yet, so we have to go back to the drawing board and figure out how to beat them, but that’s part of the game. We’re still early into the season and there’s a lot of time left, so I’m happy with today.

The race was good. I got in the car in third place. Bryan did a killer drive, keeping the car in the lead. Those Acuras were quick out there, but we had a good car. In practice we were fast, but not great. We managed to make a small set up change that made a huge difference on the car’s handing. That was a big move for us that made the car comfortable to drive. The race was great with only one yellow at the beginning. For my stint, the Acuras were quick as I tried to chase them. I could catch them a little bit, but lost time in traffic, so it was a little hit and miss there. 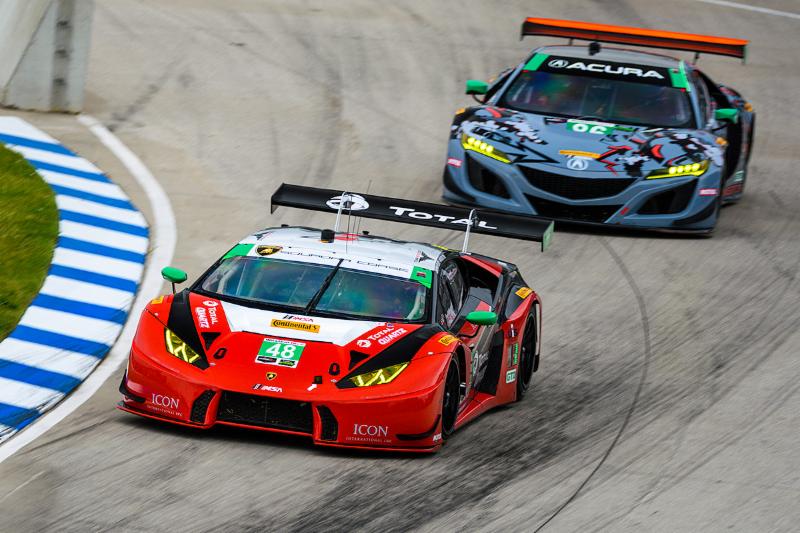