Paul Miller Racing heads to Canada for next IMSA sprint round 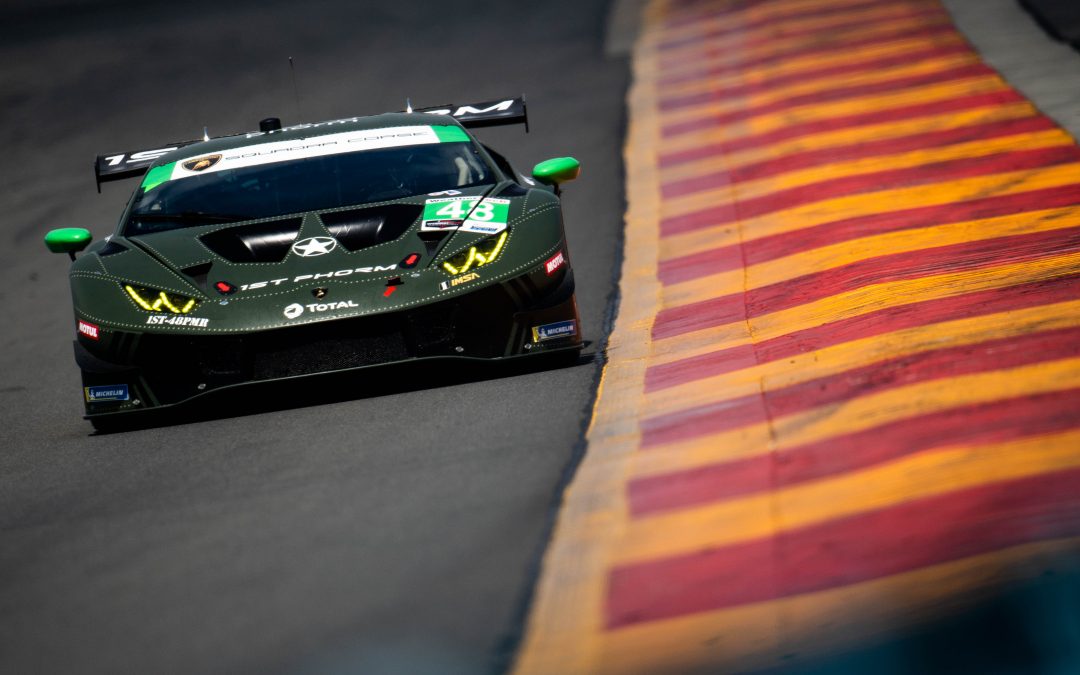 Bryan Sellers and Ryan Hardwick are third in the points after the opening two rounds at Mid-Ohio and Detroit and head to the former home of the Canadian Formula 1 Grand Prix which has been a happy hunting ground for Paul Miller Racing in the past.

The team finished third here in 2016 and just fell short of the podium last year. 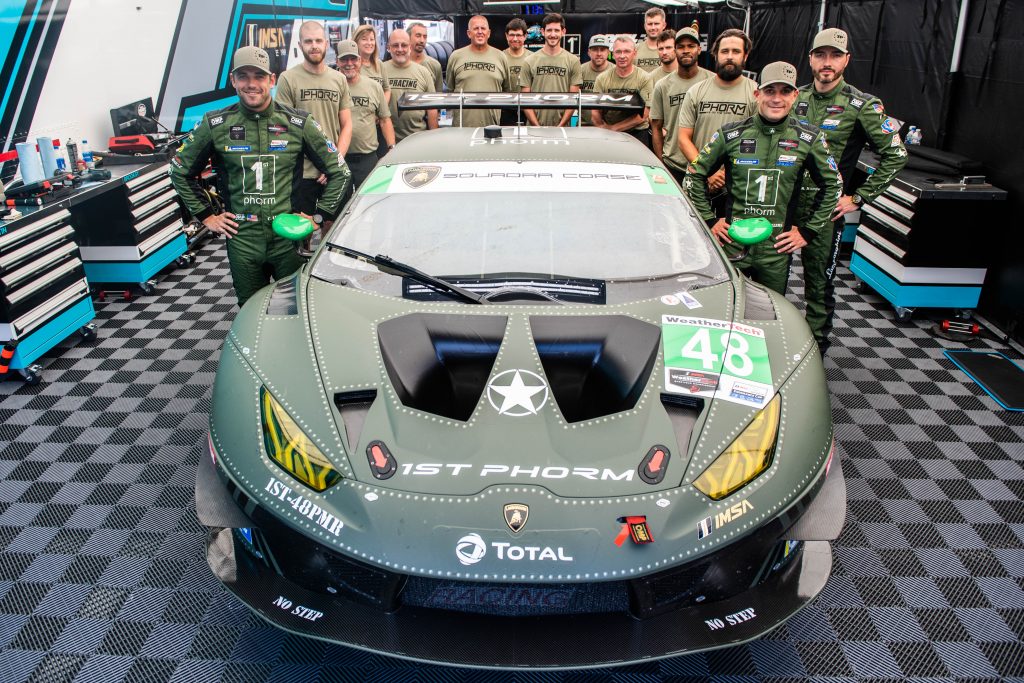 The 1st Phorm / Total Lubricants-backed team is hoping to bounce back after a disappointing weekend at Watkins Glen International. Sellers, Hardwick and Corey Lewis failed to make the finish after suffering a driveline issue.

The 10-turn, a 2.459-mile Canadian Tire Motorsport Park fast-flowing circuit has the fastest average lap speed of any circuit on the IMSA calendar.

Hardwick will make his debut at the circuit with the former Lamborghini Super Trofeo champion preparing for the weekend with simulator training laps and taking advice from his teammate Sellers.

Teams hit the track for the first time at 11:35 am on Friday with qualifying scheduled for the same time on Saturday. Sunday’s two-hour, 40-minute race goes green at 1:05 pm.

This weekend’s race will be shown live in the United States on NBC starting at 1pmon Sunday.  Saturday’s qualifying can be found on IMSA.tv.  For our Canadian fans who can’t be at CTMP this weekend to see us in person, the race will be broadcast live on Discover Velocity. 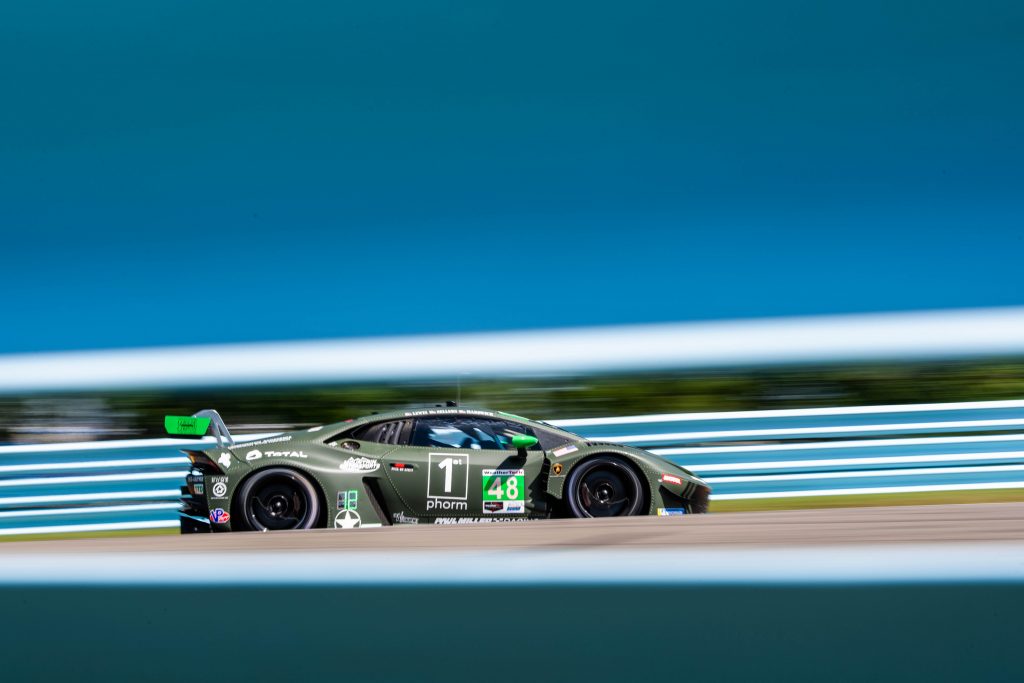 Bryan Sellers
“We’re just coming off Watkins Glen where we’ve left the guys with a lot of work to do in addition to the regular race prep.
“Luckily for us, we have the best guys in the business and so they were able to get started straight away before the race at Watkins Glen ended.
“Last week we had a very strong race car and if the car is good at Watkins Glen, it’s generally good at Canadian Tire Motorsport Park.
“So I’m excited to get there, it’s a cool track and always a great event with the fans and I think that we’re progressing in the right direction, we just need a little bit of luck and so hopefully this will be the race where it turns around.”

Ryan Hardwick
“We’re ready to move on from endurance racing and get back to the Sprint Cup Championship where we are sitting third in points.
“I feel really confident in our car and where we’re going. We’ll work through the gremlins that have haunted us in the endurance races and our sprint package is just super.
“It will be my first time at CTMP and I’m really looking forward to it. I’ve spent a lot of time on the simulator and spent a lot of time with Bryan coaching me and getting me up to speed on the track.
“I’m looking forward to clawing our way up to the front of the pack for the Sprint Cup Championship and keep moving forward. Watkins Glen was really frustrating because I believe all people get what they deserve eventually, sometimes it doesn’t happen as soon as you would like but this team deserves a lot more than that.”

Corey Lewis
“We had found a lot of speed in morning warmup at Watkins Glen and going into the race we were very confident. We had an interesting start to the race, Ryan did a great job of avoiding a first lap incident, then the tire puncture and we were just building back up from there.
“Ryan did a great opening two hours in the car, then I hopped in to do the middle stints, and the car was the best it’s honestly been all week long. Massive props to Paul Miller Racing Team, everyone is working so hard, it’s just unfortunate that when I was in the car, we had the mechanical failure.
“I know it’s a quick turnaround for the boys going back to Canadian Tire Motorsport Park this weekend and I wish them all the best.” 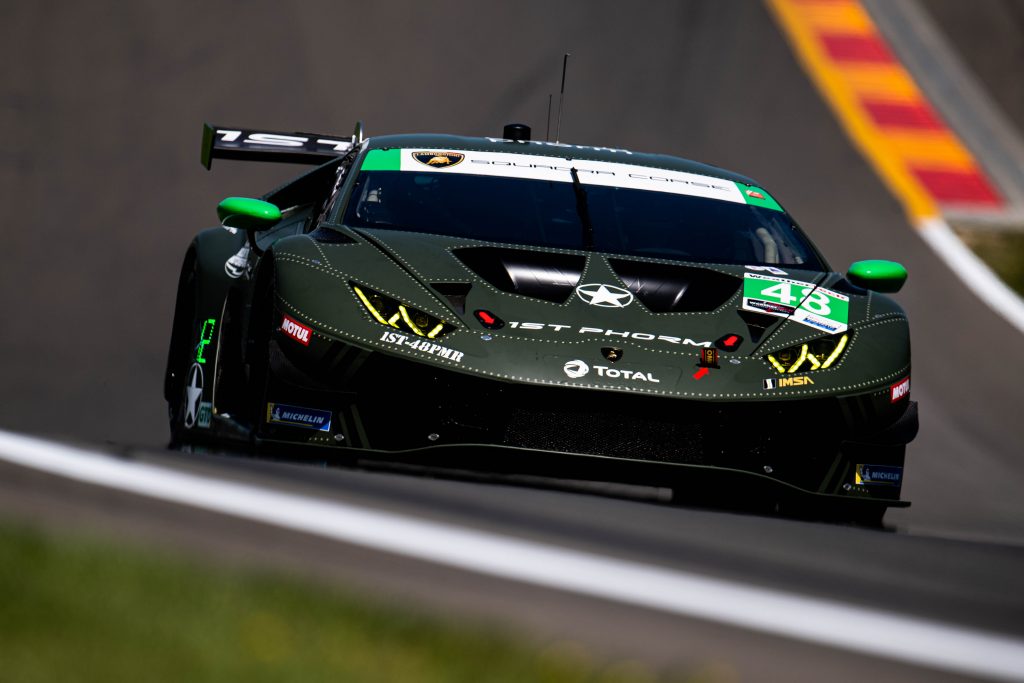