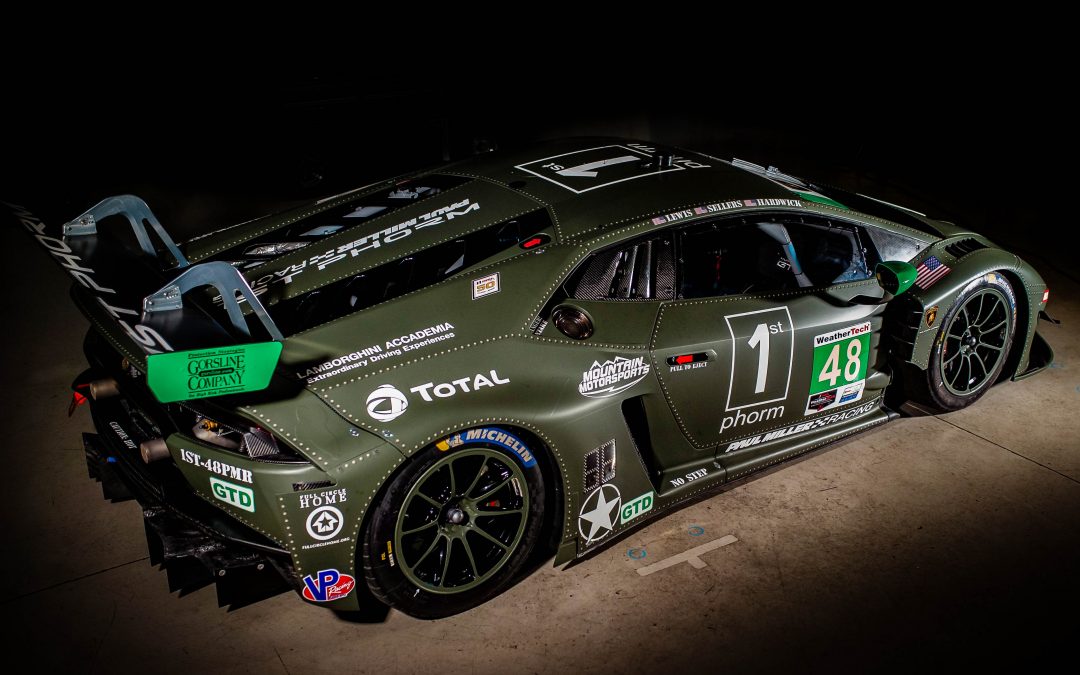 The team’s 1st Phorm / Total Lubricants-livered Lamborghini has been transformed this weekend to resemble an army green colored tank – showing the team’s support for the military.

The livery initiative was instigated by 1st Phorm in conjunction with the team and also showcases Paul Miller Racing’s support of the military charity, Full Circle Home. 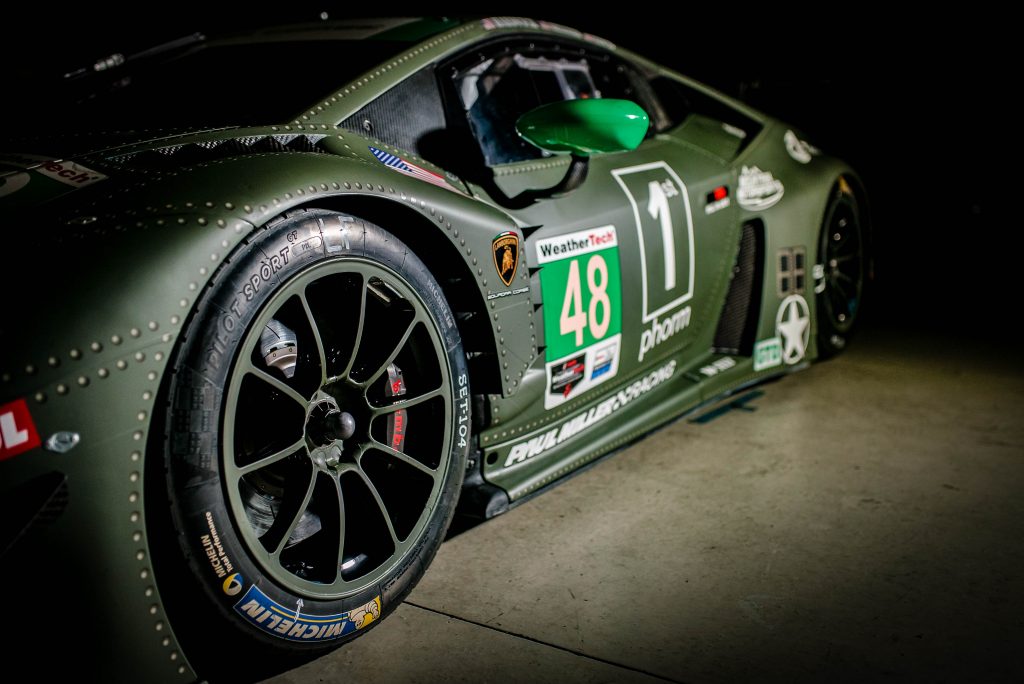 “This weekend is extra special for our team because we are unveiling a very unique, and all new look for our Lamborghini Huracán GT3 EVO,” driver Ryan Hardwick said.

“We wanted to do something special to honor our nation’s military and all the men and women who risk their lives to serve in the armed forces.  Showing support for our nation’s soldiers is something that everyone on our racing team, as well as our sponsors, takes very seriously.

“Our title sponsor, 1st Phorm, is extremely involved with philanthropic, fundraising, and volunteer work that benefits families of our nation’s military and first responders. Andy Frisella, the co-founder, and CEO of 1st Phorm was very involved with our team in developing and executing this idea.” 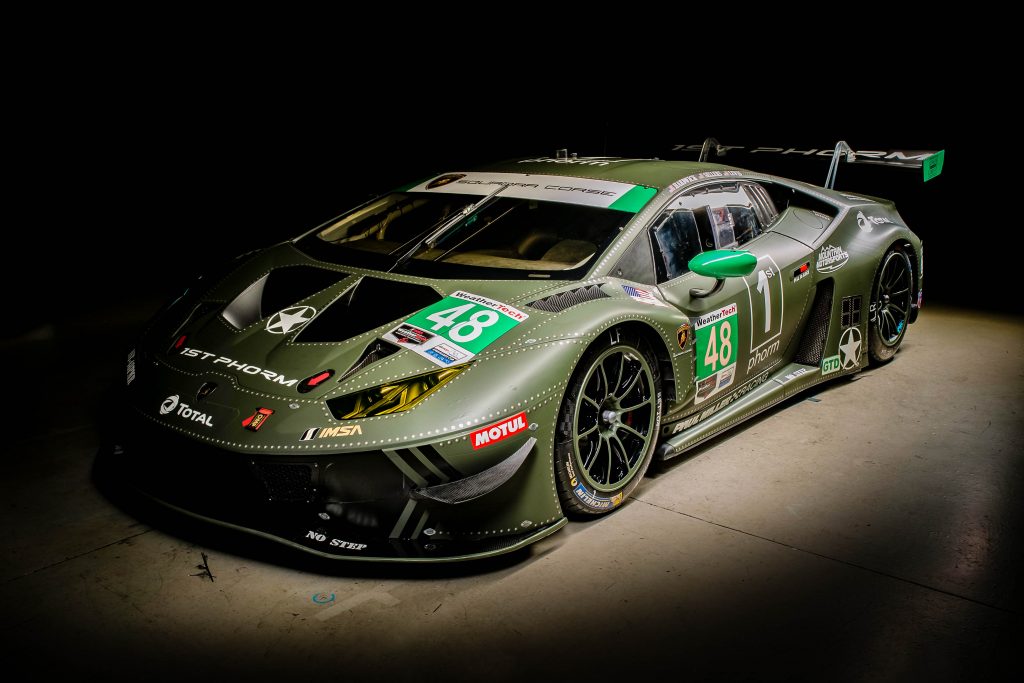 The livery is even more important for the Paul Miller Racing team considering the team’s long history supporting Full Circle Home.  Since 2007, Full Circle Home has helped more than 23,000 deployed service men and women connect with their source of support at home.

“We are delighted that Paul Miller Racing has supported our efforts over the years and helped to make a difference with our military and their families across the country and on bases around the world,” said Lisa K. Miller, Director, Full Circle Home.

Also, for the race weekend, Paul Miller Racing will join forces with Operation Motorsport to bring in an additional crewmember from Army base Fort Drum.  Timothy Bernard will be assisting the team for the 6-hour race.

After strong finishes in the most recent rounds of the IMSA Sprint Cup Championship at Mid Ohio and Detroit, the team is looking forward to returning to endurance racing at The Glen.

Qualifying will be available on IMSA.tv at 11:25 am on Saturday, June 29.  The full six hours of race coverage will air live beginning at 9:30 am on Sunday, June 30 on the NBC Sports App.  A three-hour highlights show will air on NBCSN from 7pm to 10pm Sunday evening.

Ryan Hardwick
“Watkins Glen is a very special place for me. I’ve had a lot of success here in the Super Trofeo series, winning my class each of the last two years. This weekend will be my first time competing in the big 6 Hour IMSA race, and I couldn’t be more excited about that.
“It is going to be great to have Corey back with us as well. All three of use area really looking forward to the weekend at this amazing track.”

Bryan Sellers
“Watkins Glen is a special event for a lot of reasons. This place has a lot of incredible history, and the race weekend itself has doubled as a great American celebration for the 4th of July and to honor our military.
“This year, Paul Miller Racing, Full Circle Home, and 1st Phorm have come up with a livery together that really honors our armed forces. This is something that is extremely important to our partners and us. We are looking forward to getting the car on track and working for a result.”

Corey Lewis
“This race weekend couldn’t come soon enough! Watkins Glen has been one of my circuits on the schedule, and I am beyond excited to get back to work with everyone at Paul Miller Racing and to be sporting a patriotic livery to support our armed forces.
“I can’t wait to get on track; we have some unfinished business to take care of!” 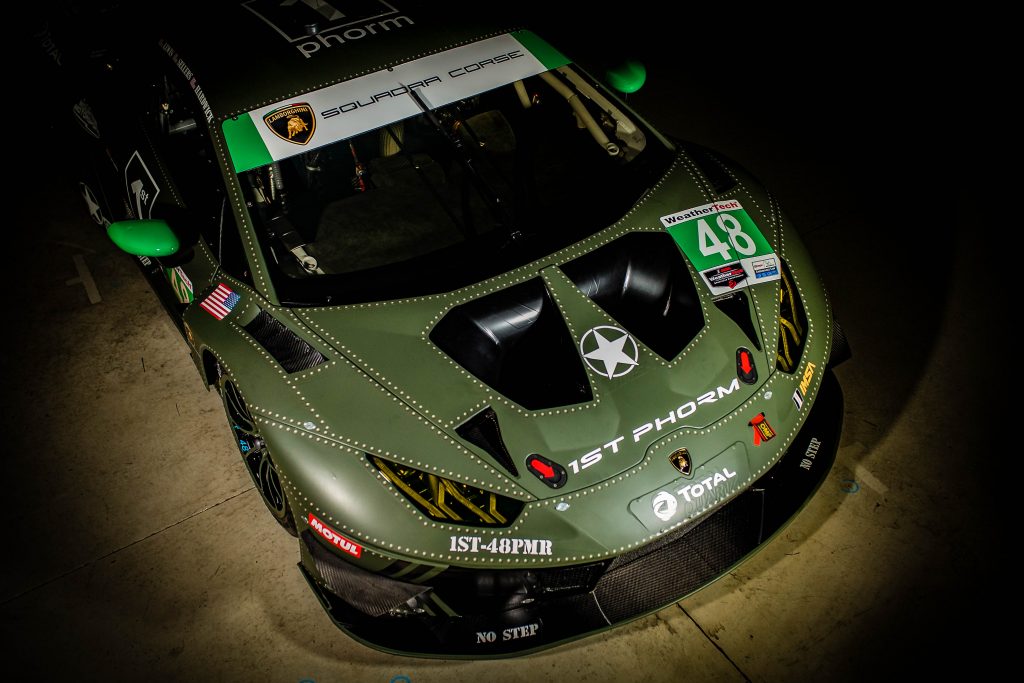