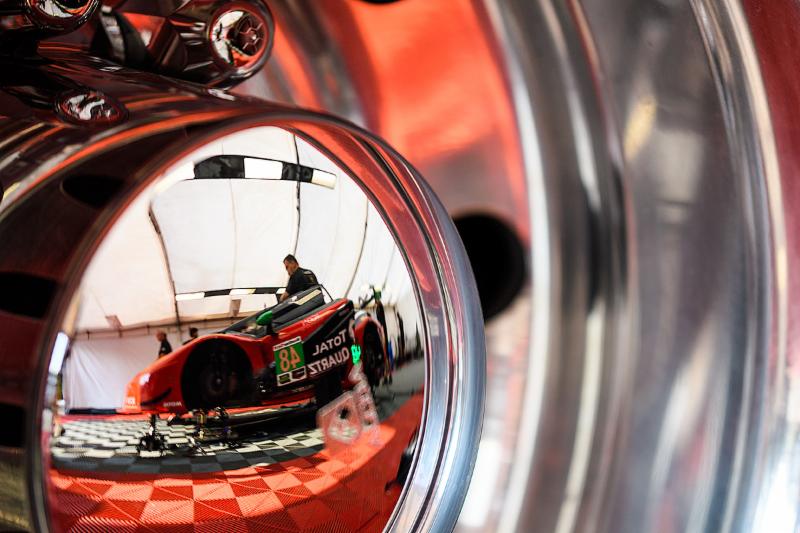 PARSIPPANY, NJ., (August 15, 2018) – The 2018 IMSA WeatherTech SportsCar Championship has been a whirlwind season for Paul Miller Racing, and the battle for the GTD class title resumes this weekend at VIRginia International Raceway. With an impressive seven podiums in eight races, the No. 48 Lamborghini Huracán GT3 of Bryan Sellers and Madison Snow is leading the championship by 18 points with three races remaining. This weekend’s sprint race will feature the IMSA GT classes only, where 10 GTD and eight GTLM entries will compete for the next batch of valuable championship points.

Both Sellers and Snow have shined in their respective spotlights this season, working with the team to capitalize on consistency and the reliability of the No. 48 TOTAL Lubricants/UIS Lamborghini Huracán GT3. Following a rebuild of the car the night before the race, Sellers, Snow, and endurance race additions Andrea Caldarelli and Bryce Miller drove the car to a third place finish at the Rolex 24 Hours of Daytona, leading 153 laps. At the Twelve Hours of Sebring, Sellers and Snow were joined by Lamborghini driver Corey Lewis, and the trio started fifth to finish first, taking over the GTD points lead. Mid-Ohio SportsCar Course, and the Sahlen’s Six Hours of the Glen produced two more third place finishes, while a late race caution at Canadian Tire Motorsport Park led to the team’s first result outside the podium. Keeping the top-five streak alive, the team pressed on for the second half of the season. 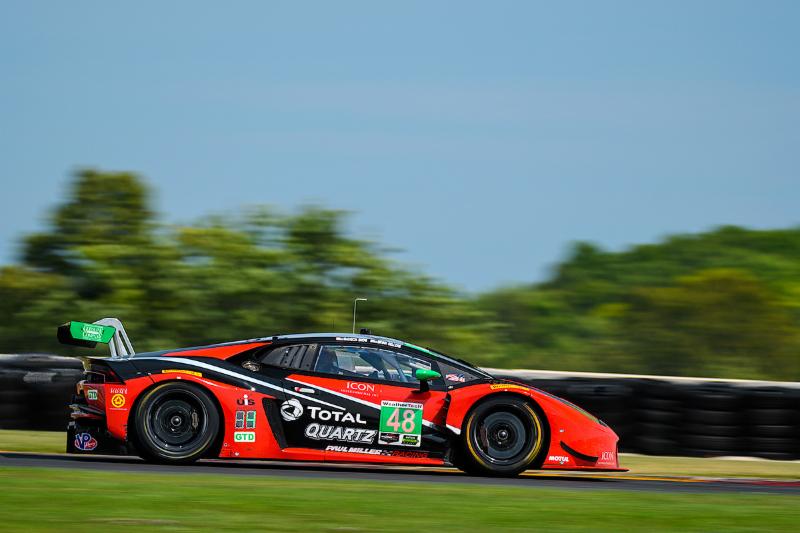 In the Northeast Grand Prix, Snow drove the car to victory at Lime Rock Park’s GT only race weekend, earning the team its second win of the year. At round eight’s Continental Tire Road Race Showcase, the No. 48 entry lacked the speed of the class leaders, but used tire and fuel strategy and smart driving to earn a second place finish at Road America, again increasing the GTD points lead.

Strategy and consistency will be the focus this weekend at VIRginia International Raceway, and Paul Miller Racing holds a strong resume at the Alton, Virginia road course, finishing in the top five positions four times in six attempts. Bryan Sellers and Madison Snow won from pole position in 2016, and most recently finished in fifth in 2017. The GT-only weekend will allow for teams to have more track time fighting within their classes, not navigating through traffic with the faster prototype field competing on the 17 turn, 3.27 mile road.

The United States-based audience can tune in live to the coverage of the Michelin GT Challenge at VIR on Sunday, August 19 starting at 2:00PM Eastern on FS1, then from 2:00PM to 4:00PM switch to FS2 or the FOX Sports Go App with authentication. International audiences can steam the race live in its entirety at imsa.tv. The IMSA Radio team will continue their live coverage of every session from the event, and the Paul Miller Racing will provide live updates from pit lane and behind the scenes all weekend long via the team’s twitter account. For full schedule information, visit imsa.com.

Bryan Sellers
VIR is an amazing track, but more importantly the staff at VIR has turned the race into and amazing event. This is always one of my favorite stops on the calendar. Being an all GT weekend changes things a little bit, it puts a huge importance on being able to navigate the GTLM traffic efficiently. We are going to work as hard as we possibly can to try and come away with a good result.

Madison Snow
Paul Miller Racing has had great success at VIR in the past so that always makes the race one to look forward to on the calendar every year. This track is one of my favorites as it allows for some really hard racing with risk involved. If you go off here, you lose a lot of time and track position (unlike asphalt parking lot tracks such as COTA) yet you don’t have to risk your car compared to a street circuit. The all-GT race is one I always look forward to, it’s nice to have all the cars on the track be of the same and it can make for some real competitive racing in class. VIR is a lovely facility and track that is very technical while being high speed and flowing in sections. I can’t wait to get there and see what kind of result we can pull off.