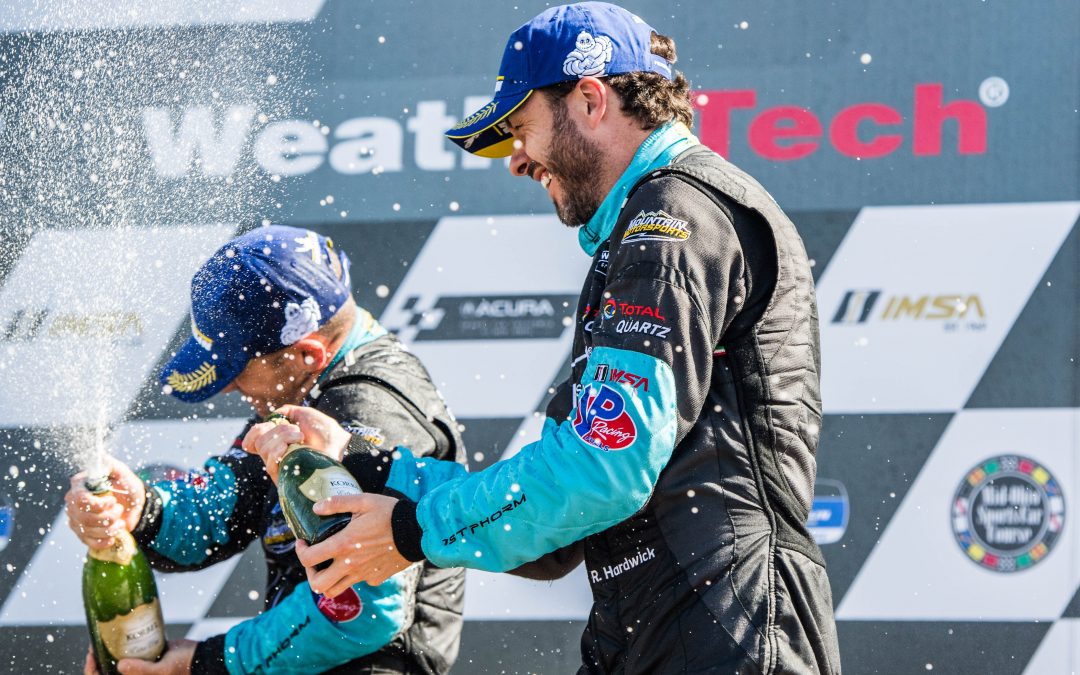 The result mirrors its third-place finish from 2018 at the same venue and comes after the team suffered setbacks at both Daytona and Sebring – the opening two endurance rounds of the year.

The No. 48 1st Phorm and Total-sponsored Lamborghini Huracán GT3 EVO qualified seventh with Hardwick behind the wheel. The former Lamborghini Super Trofeo champion got shuffled back early in his stint when an on-track clash backed-up almost the entire GTD field.

He battled his way back up to eighth place prior to handing over to teammate Sellers. Brilliant pit work by the Paul Miller Racing crew enabled the 2018 GTD class series champion to gain a couple of spots and Sellers went to work on slicing his way through the field. 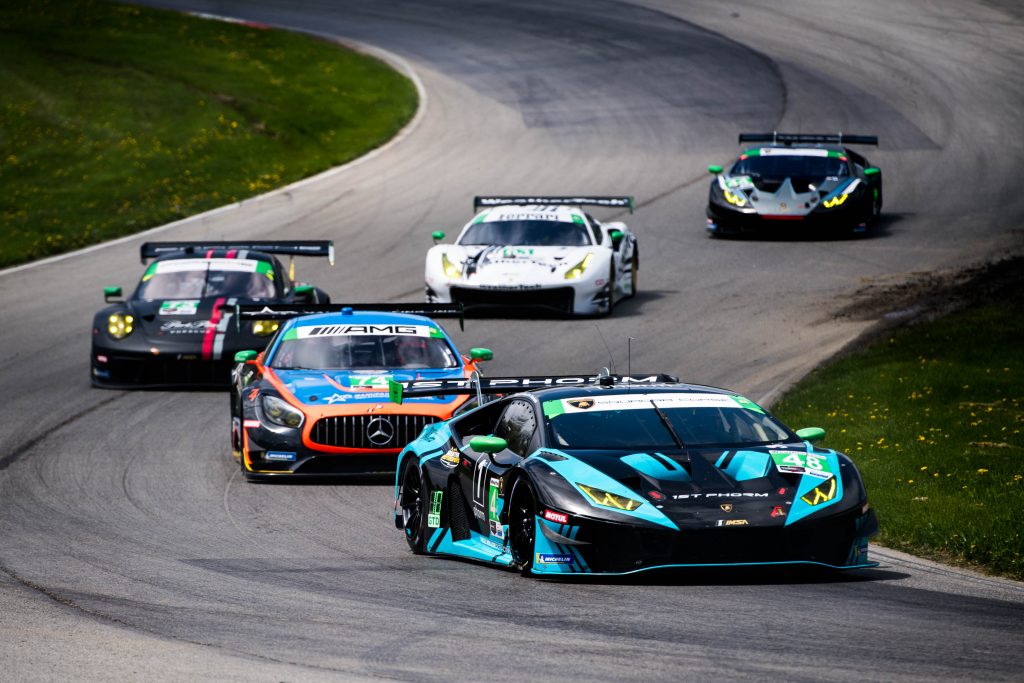 Sellers climbed his way through to fourth place in the final moments of the race before one of the team’s GTD rivals suffered a late-race off-track excursion, elevating Sellers and Hardwick onto the podium.

“This is a great result for the entire team and just what we needed after a disappointing opening couple of races,” Paul Miller Racing team founder, Paul Miller said.

“It was not only great work by both Ryan and Bryan, but the guys over the wall in the pit stops also made a huge contribution today. Our two drivers are the ones up on the podium, but they’ll undoubtedly agree the crew also played a massive role in today’s result.

“It is a great reward for everyone because they have been working so hard and leaving no stone unturned to get us back into contention and I’m thrilled for everyone wearing a Paul Miller Racing uniform today.

“We now set our sights on Detroit where we also scored a podium. That race will be another important part of our season – not just for the championship overall – but for the sprint race title chase as well.”

The 1st Phorm Paul Miller Racing Lamborghini Huracán GT3 EVO will next do battle on the streets of Belle Isle in Detroit for the next round on May 31 – June 1.

Bryan Sellers
“After the first two races we had at Daytona and Sebring this is an incredible result. As a team, we all need this. We wanted to get back to the podium and show everybody what we were capable of and demonstrate that we are here to compete.
“Today was a real team podium. It was a great effort from everyone, and these are the ones that are so rewarding because everybody played a part in making it happen.
“Our first pit stop the guys were phenomenal – they gained us a bunch of spots in pit lane.
“We battled hard on track; Ryan did a great job – everybody played their part in getting the 1st Phorm / Total Lamborghini Paul Miller Racing Lamborghini onto the podium.”

Ryan Hardwick
“After qualifying, I expected we might get here. My goal was to hand over to Bryan somewhere around fifth place, Bryan could find his way to the podium.
“The start didn’t work out as planned, and I got shuffled towards the back with traffic and dodging a crash. I ended up around 13th, and I thought I had lost it for us.
“But I kept my head down, and by the end of my stint I’d made it back up to eighth. Our team did an amazing job, and we gained a couple of spots – then Bryan just roared through the field.
“I’m really happy to be here but how we got here wasn’t quite as expected. I’m really looking forward to Detroit. This team has been super-fast in Detroit, and our focus is on the sprint championship where we are now running in third place.”

Every person on the Paul Miller Racing team contributed to this podium, and those kind of team-effort finishes are @BryanSellers‘ favorite.
Hear what he had to say after finishing third at @Mid_Ohio. #IMSAatMO pic.twitter.com/0BQ25MkLpe