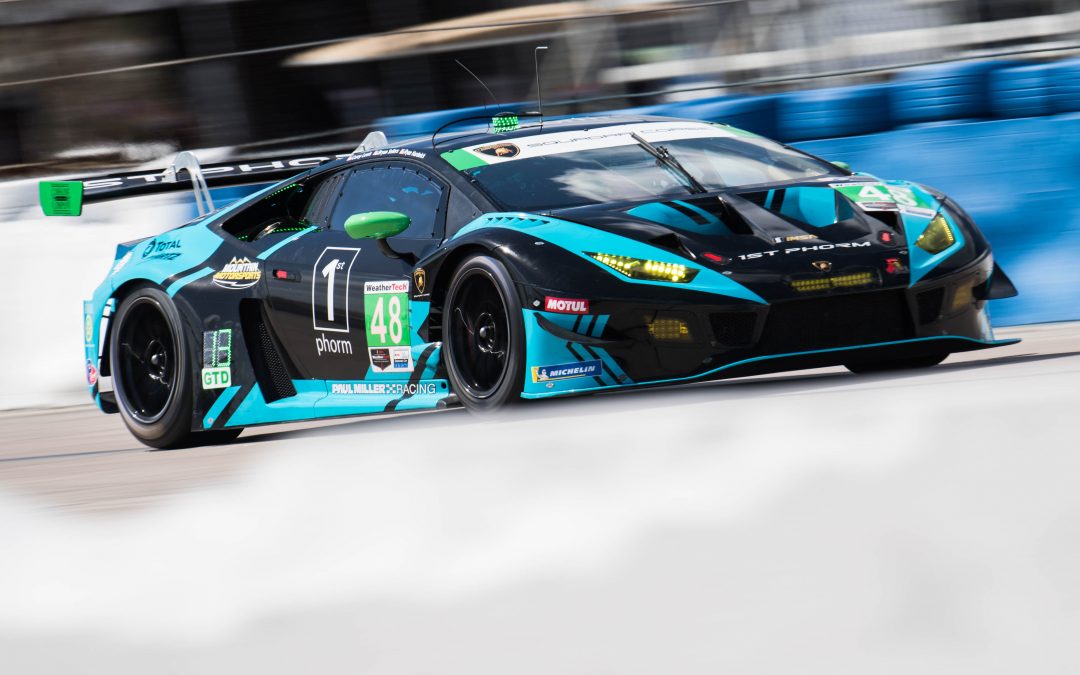 Born in Dayton, Ohio, Sellers returns to his home track with teammate Ryan Hardwick as the 1stPhorm Lamborghini Huracán GT3 EVO combination looks to bounce back after misfortune at the opening two rounds of the championship at Daytona and Sebring.

After being caught up in somebody else’s accident at Daytona and suffering a gearbox issue at Sebring, Paul Miller Racing will contest its first “sprint” race of 2019 – a two-hour, 40-minute battle at Mid-Ohio. 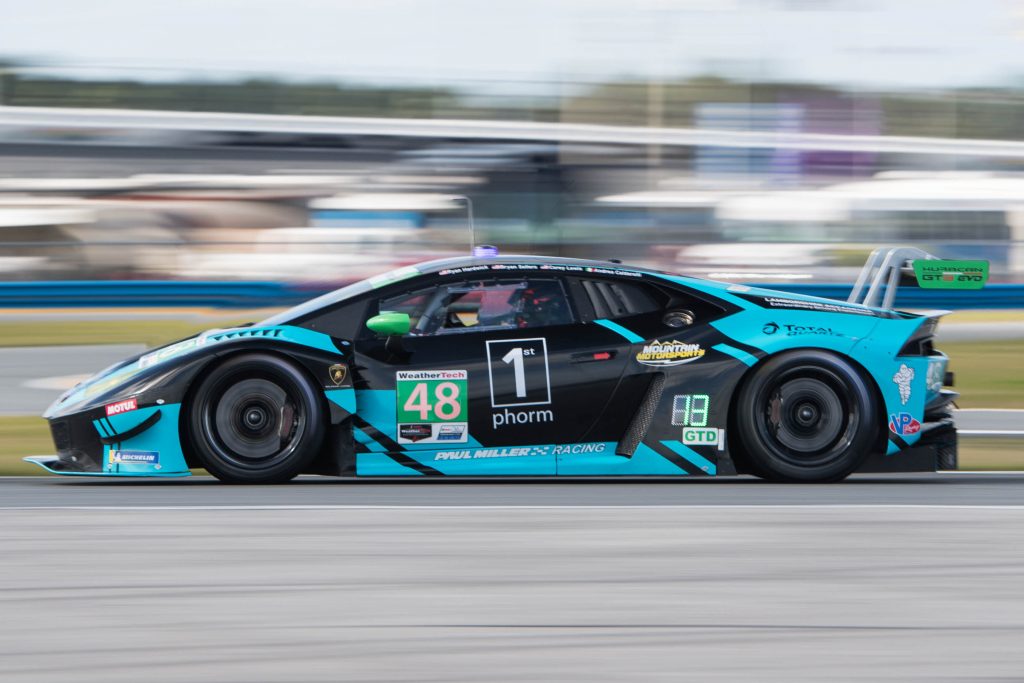 Sellers finished third here last year with Paul Miller Racing and Madison Snow and is looking forward to returning to the 2.258-mile natural-terrain road course, and to the podium in the IMSA series.

Mid-Ohio returned to the IMSA calendar last year for the first time since 2013. There were a total of 13 GRAND-AM races and 11 ALMS events previously held at Mid-Ohio before last year’s return.

The entire team has gone the extra mile this past month to prepare for the start of the IMSA sprint series with their Total Lubricants-sponsored Lamborghini.

“Paul Miller Racing has been focusing on reliability with our new Lamborghini HuracánGT3 EVO, in this early part of the season; we’re pleased with our progress and expect to be ready to contend at Mid-Ohio,” Team founder, Paul Miller said.

“Luck wasn’t on our side for the first two races of the year, but everyone is very keen to bounce back this weekend.”

Action at Mid-Ohio kicks off this Friday with the first practice scheduled for 10:30 a.m. local time. A total of three practice sessions will be held before qualifying at 11:40 a.m. on Saturday.

Sunday’s race will go green at 1:40 p.m. on Sunday, May 5 and will be shown live in the US on NBCSN and internationally on IMSA.com.

Bryan Sellers
“Mid-Ohio is a great event, it was just recently re-added to our schedule last year in quite a long time.
“For me personally it’s a special event, I’m from Ohio, grew up in Ohio and so it’s my home race. I get to have a lot of friends and family come and there is always something special about those weekends when you get a big group of people together and they get to share in what you love.
“But also, for the team it’s a good place. We were very strong there last year, it’s a good track for the Lamborghini. There are a lot of corners and some heavy brake zones which play to the strength of the Lamborghini so I think going back we will have the opportunity for a good result there and the next upcoming events.
“It’s a place where Ryan has competed before so it’s great that he doesn’t have to learn a new track, a new car and a new series on the same weekend. So he can just focus on driving. We’re looking forward to getting back there and getting a great result.