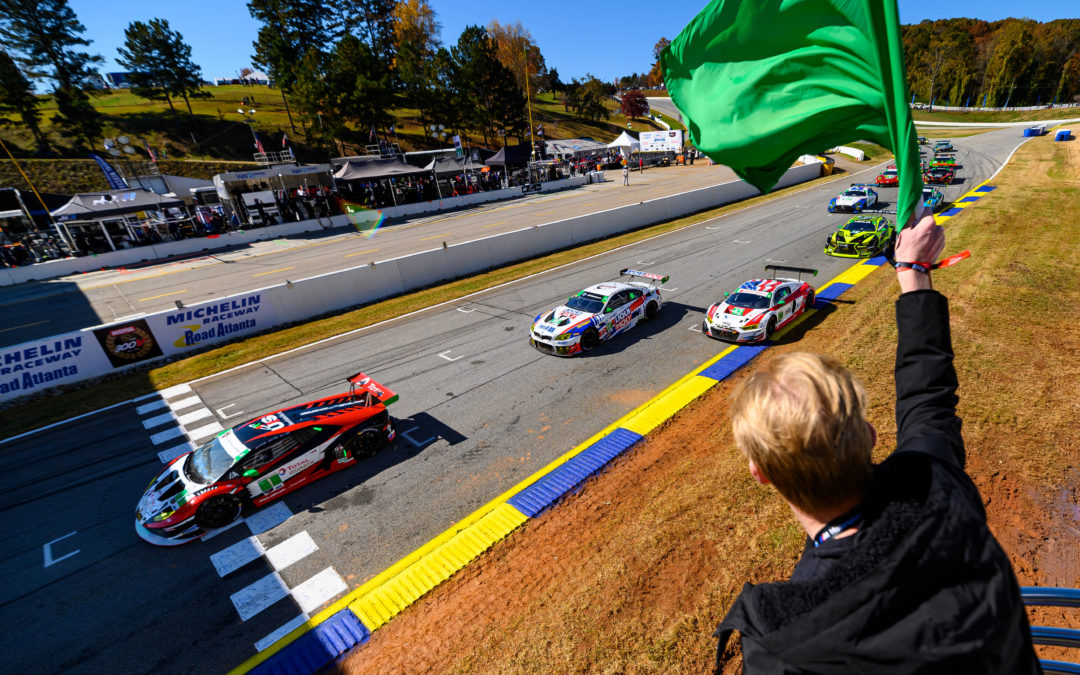 BRASELTON, GA (Saturday, November 13, 2021) — It all went sideways for the pole-winning Paul Miller Racing team when their championship charge was halted by a out-of-control LMP3 car in the early running of the 2021 IMSA WeatherTech SportsCar Championship season finale at Michelin Raceway Road Atlanta.

Madison Snow led from pole in the opening laps of the race. Even with cars running off-sequence pit strategy from yellow flags, the No. 1 Total lubricants-backed Lamborghini never ran lower than fourth place before Snow was collected by the spinning No. 7 LMP3 Prototype just before the two-hour mark of the race.

The team quickly got to work to get the No. 1 back on track; however, the incident caused extensive damage to the right-hand side of the Huracan GT3 EVO. The team would fall 16 laps off the lead and to 15th place in the GTD class.

However, this year’s Petit Le Mans was a race of extreme attrition—with 10 caution periods over the 10 hours. Despite the high attrition, the Paul Miller Racing team was able to persevere. As cars dropped out, Snow and co-drivers Corey Lewis and Bryan Sellers were able to finish seventh at the flag.

Despite the incredible team effort to make it to the finish of the race, the early contact marred the Paul Miller Racing team’s chances at the GTD full-season and Michelin Endurance Cup championships. 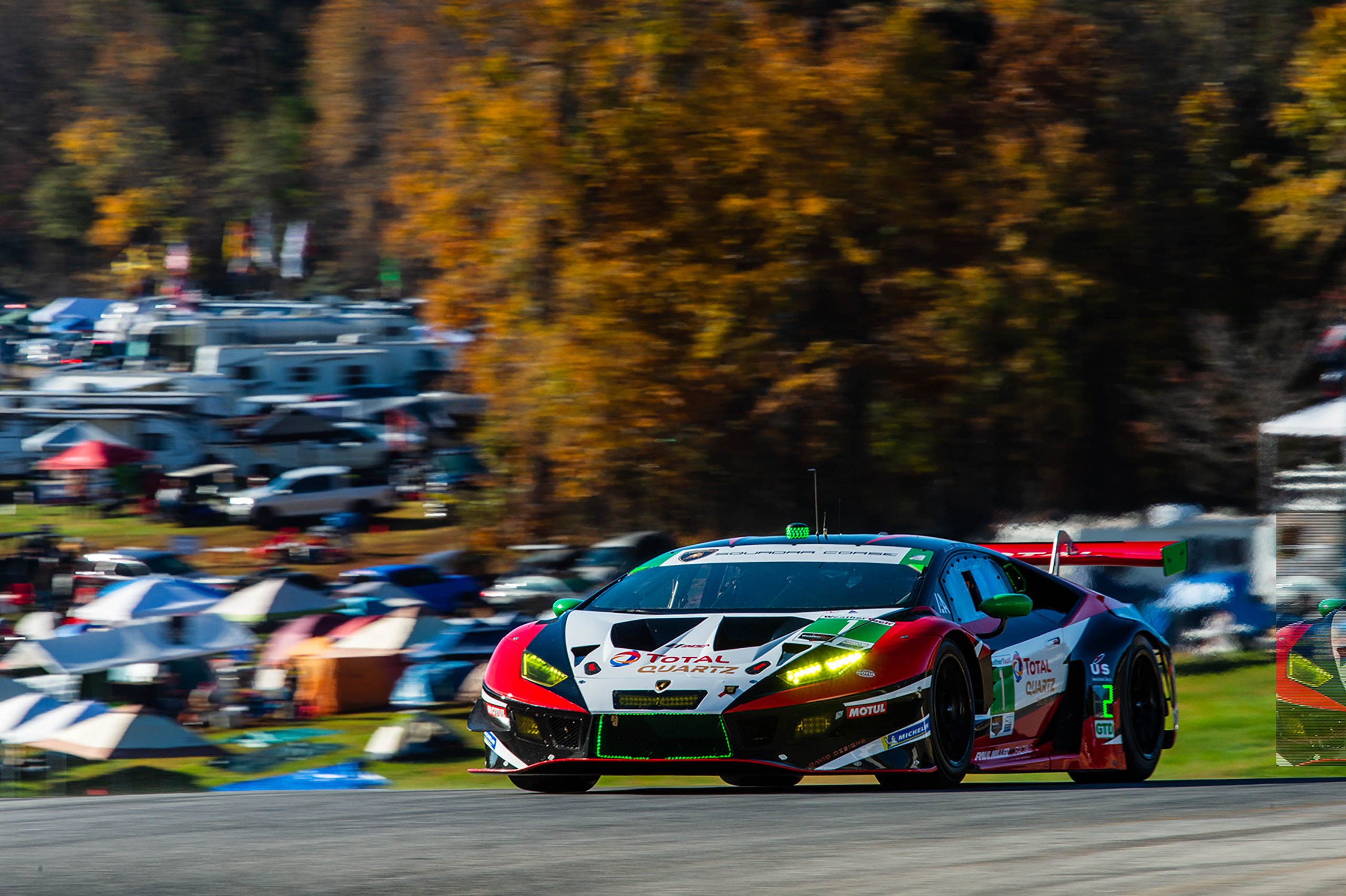 The team finishes the year second in points, with one win, seven podium finishes, and three pole positions.

“I’m so proud of the entire season that we’ve been able to put together,” Paul Miller Racing team owner, Paul Miller, said.

“It’s an emotional finish because we put together a really fantastic second half of this season to put ourselves in a position to fight for this title. And, ultimately, it was through no fault of our own that we ended up where we did.

“First and foremost, congrats to Pfaff. They’ve had an amazing year and battled us hard, but fairly, every single race this year.

“But, even though we finished second, this team has every reason to be proud of the performance they’ve put forth over the last year. Seven podium finishes and a win is still a great year in such a competitive GTD class, and I thank every single person on this team for all of their hard work.”

Today’s race marks the final event of the 2021 IMSA WeatherTech SportsCar Championship. Further news about the Paul Miller Racing team will be announced at a later date.

Corey Lewis
“Overall, it’s an honor to drive for this team; they’ve absolutely become my family here at Paul Miller Racing. We have the same goal in mind, and I know I’m only in the car for four weekends a year, but we’ve achieved so much together—so many podiums, so much hardware—so many things to be proud of. As per usual, the guys worked so hard this year. We came very, very close to the championship, but Petit was a wild one. There were a lot of incidents during the race, a lot of novice drivers on track; it was super unpredictable. It didn’t end the way we hoped, but we never gave up. I’m proud of this team, proud of the guys, and so proud to be able to drive with Bryan and Madison.”

Madison Snow
“This race started out so well; I had a pretty phenomenal opening few stints, but then I was behind an LMP3 car, and it spun out right in front of me. It was a split-second decision of choosing left or right, and there’s really nothing you can do in that scenario. And unfortunately, that was the end of our race and our championship hopes. But we never gave up and, at the end, the car was really good. I had a lot of fun going out there and trying to set fast lap times. It’s been a lot of fun racing this season, and I’m really proud of our second-place finish. Pfaff is one of the best competitors we have in GTD. They drove an amazing season, and I’m glad it went to them if it couldn’t be us.”

Bryan Sellers
“Today’s a little bit bittersweet; I don’t know how else to say it. We had a car to compete, but we didn’t get to do so. It’s tough because you’re reflecting on what could have been—and maybe what should have been. You also have to look at what did actually happen, and that is a fantastic performance by our guys. We found a way to claw back a ton of laps, we ended up with a seventh-place finish, and even though we were down, these guys never gave up. They executed every single stop and the drivers on every lap. We raced to the best of our ability, not just today but all season. I wish it had gone a little bit differently, but there’s still no other group I’d rather race with. I’m so proud to say I’m part of this team.”