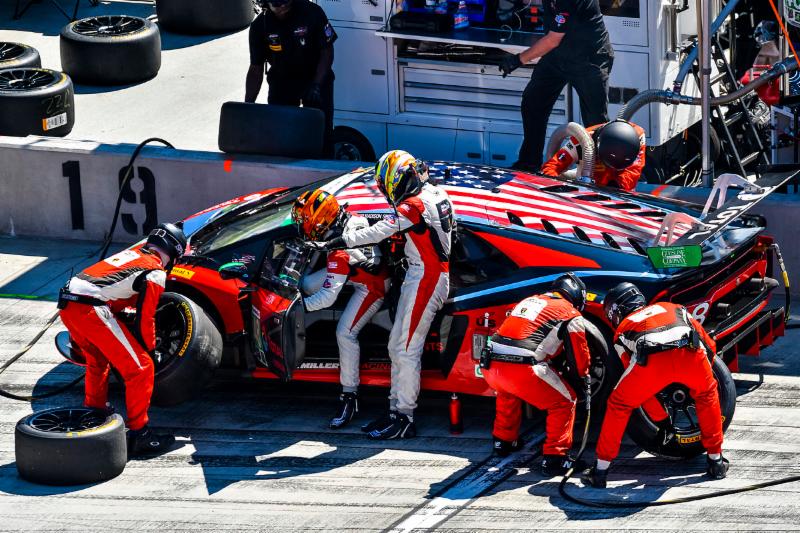 The team dealt with varying weather conditions all weekend long and remained on pace with the IMSA WeatherTech SportsCar Championship’s GTD field. Madison Snow qualified the No. 48 Lamborghini Huracán GT3 in eighth, and produced a strong start to gain three positions in the opening lap. He maintained position throughout his stint, pitting when a problem with the left rear tire provided the opportunity to hand the car over to co-driver Bryan Sellers. Sellers rejoined in 12th, but quickly climbed back up the GTD charts when the rest of the field followed his example and pitted for their first round of stops.

The field cycled through, and Sellers settled in sixth, where he remained for the entirely of his stint. Snow resumed his driving duties at the ninety minute mark, again rejoining in twelfth. He climbed back to seventh by the end of the first full course caution, which quickly resulted in yet another caution. Snow pitted in sixth at the halfway mark, with the No. 48 Lamborghini Huracán GT3 running laps competitive with the field leaders. Sellers took back over with three hours to go, and climbed to fourth place by the fourth caution. Sellers took the lead as the field pitted in lap 103, and quickly pulled away from the competition to create a 5.4 second gap in a matter of laps.

With just two hours to go, Sellers pitted with a thirteen second lead, giving the wheel back to Snow. Snow rejoined in tenth, and was making a pass on another Lamborghini when the other car turned in, causing damage to the front left of the No. 48. Ninety minutes remained on the clock and Snow pressed on, climbing to fourth position despite the disadvantage in aerodynamics. The damage eventually led to a cut tire, forcing the Lamborghini to limp back to pit lane and get a full service stop. Sellers returned to finish the race, and the tire setback pushed the team to 12th position, where they remained for the rest of the race.

Following the Sahlen’s Six Hours of the Glen, the team will get little rest, heading up north for the next round at Canadian Tire Motorsport Park, July 7-9. For more information, visit imsa.com.

Bryan Sellers
It was a difficult day for us. We really wanted to be better than 12th. We had a car that was better than that. Unfortunately, one of the Lamborghinis turned down on Madison when he was trying to pass. It gave us some damage and made it difficult towards the end of the race to be able to race anyone. Our lap times could be okay, but the minute we got behind someone, it was difficult to produce any kind of lap time. It’s hard to look at the positives on a day like today, but we had a good race car, and we’ll go to next week. We feel good about where we are and what we have moving forward. We’ll give it our best.

Madison Snow
We started out really good in this race. The car had been good all weekend, and we had a lot of speed. It was hard to predict what this race was going to be like. It started out hot, and we had our car set up perfectly for those kinds of temperatures. The car also performs well in the cold, so we were ready for anything. We had a couple tires issues, but ran a great race without any mistakes. We’ve had the pace, and the crew has done a great job with pit stops and car set up. We just have to come back and get it for the next race. 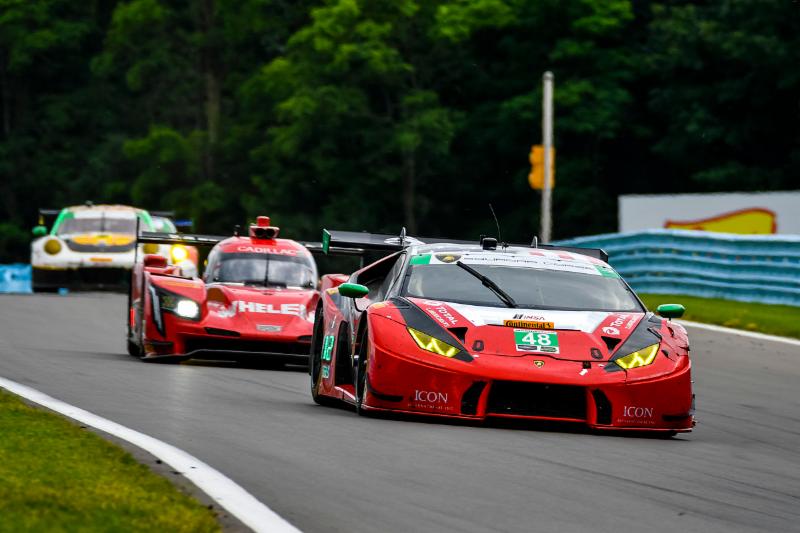