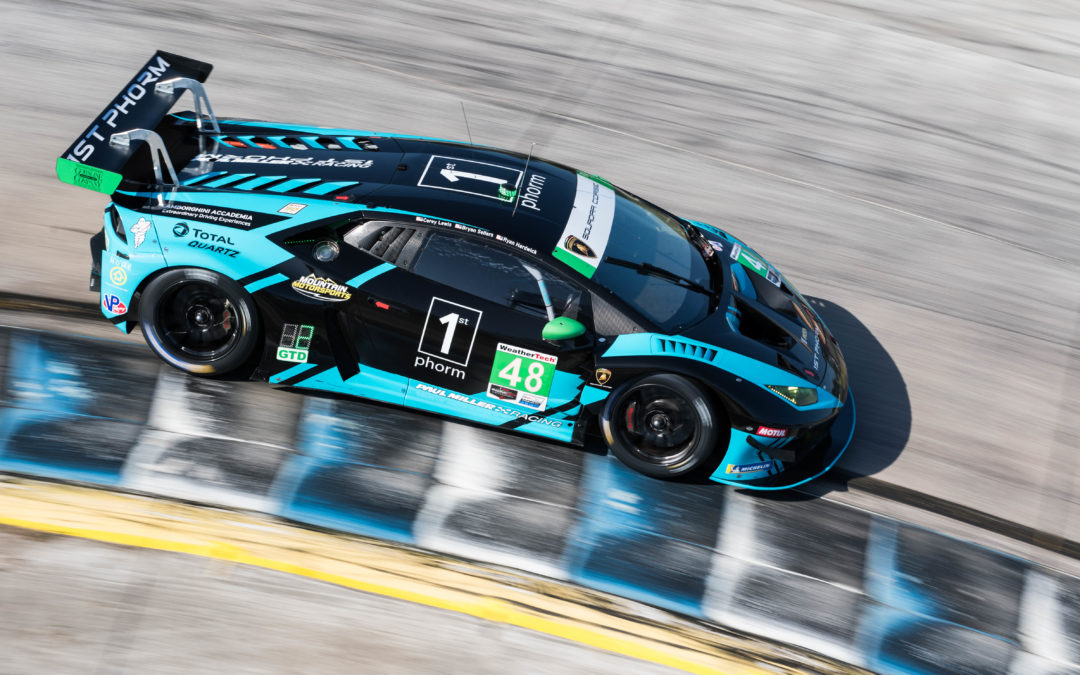 Utilizing today’s qualifying run as an additional practice session, Ryan Hardwick made a strong run in the crowded GTD field in the 1st Phorm Lamborghini GT3 Huracán and will start 12th in the classic endurance race at Sebring.

The decision to change engines after the final practice and qualifying was made last evening, turning the focus for today’s sessions on race set up.  Being the first time for Hardwick to race on the famously tough Sebring circuit, it was also an opportunity for him to gain additional laps at the historic Florida circuit in preparation for tomorrow’s race. 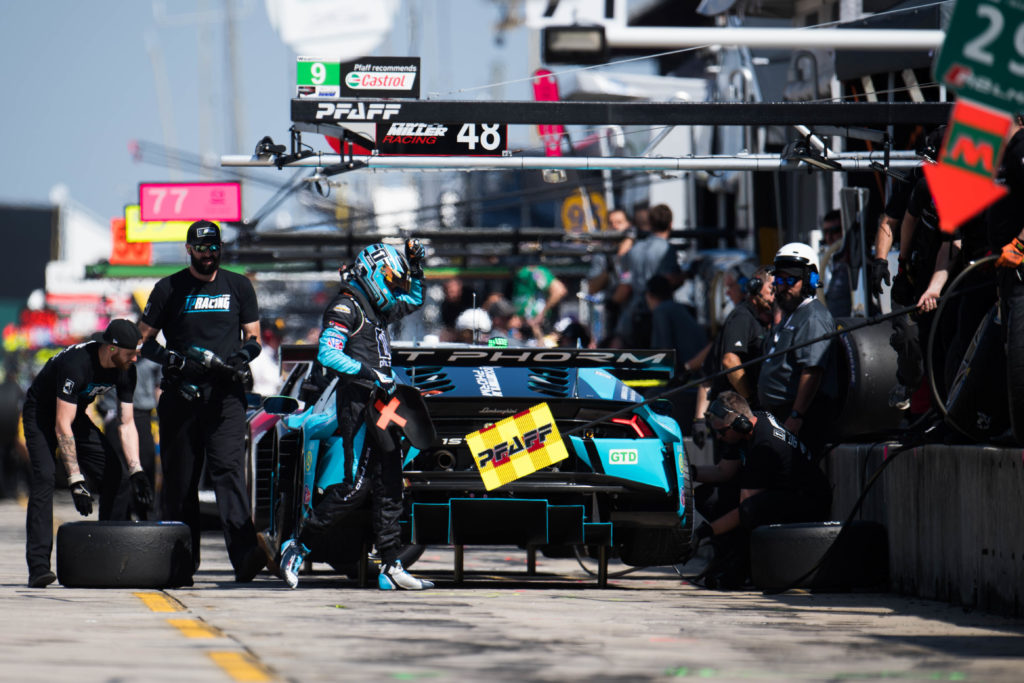 Optimism is high among the team for tomorrow’s race – coming into the event as the defending champions.

“This is an incredibly difficult place to figure out from a driver perspective and it’s a new car and learning experience for Ryan,” said Paul Miller Racing team founder, Paul Miller.

“Even with some testing miles under his belt, I really think Ryan is starting to learn the car and the track – we’re excited about his pace.

“Ryan, Bryan Sellars and Corey Lewis are merging incredibly well as a team and we’re ready go out tomorrow and do the job.”

Sellers and Paul Miller Racing are the reigning IMSA WeatherTech SportsCar Championship GTD class champions. This weekend the team welcomes back Madison Snow who drove with Sellers in 2018 and will lend his experience to the team from the timing stand tomorrow.

“We’re excited to see Madison although we never expected him to stay away so long. We thought he would show up at Daytona,” Miller said.

“Having him on the team’s stand for the race tomorrow will be a huge benefit with his experience and success at Sebring. Madison will be helpful to all of us but he, and his parents, Martin and Melanie are all good friends of Paul Miller Racing and we’re happy to see him!”

Hardwick will start tomorrow’s race when the green flag drops at 10:30am. The race can be seen live in the US starting at 10:30am-1pm on CNBC, followed from 1pm-3pm on NBC, and the final 7.5 hours will air on NBCSN from 3pm-11pm.

Ryan Hardwick
“I had a pretty good qualifying run. The car was super good, the best it’s been all weekend. I was really pumped after the morning warm up/practice session.
“I’m really happy with the car and the car setup. I think it’s really drivable for the whole race. I think we’ve got a great shot to win this race, even starting from 12th. I think we have a great car that can drive to the front.
“I’m really looking forward to this race. I love the track, the fans, all the people here, it’s absolutely amazing. I’m excited, I’m excited to get it going.”

Reporting in from final practice and qualifying. @CoreyLewis39 and @iamryanhardwick talk about our chances in tomorrow’s #Sebring12. pic.twitter.com/80Ft8z8ZXr