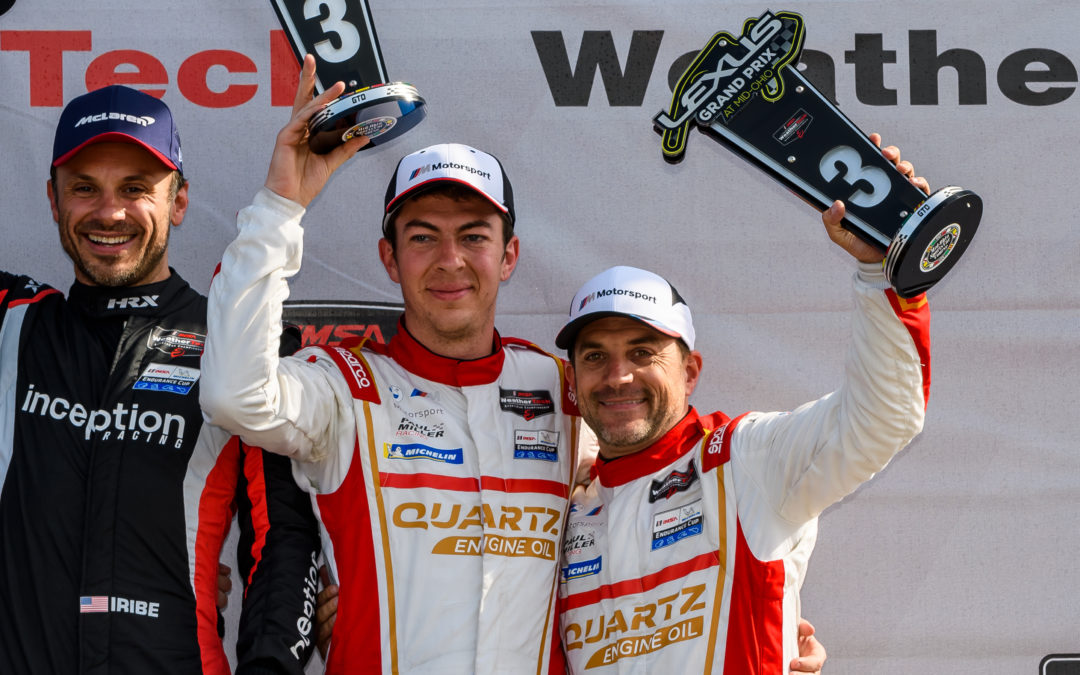 LEXINGTON, OH (Sunday, May 15, 2022) — It was a fuel save to the finish, but the Paul Miller Racing team hung on to score a second-place result at the Grand Prix at Mid-Ohio.

Though the No.1 BMW M4 GT3 qualified on pole in the hands of Madison Snow, Snow would not cross the starting line first, as the No. 17 Lexus marred Snow’s start by going before the green flag waved. Though the Lexus was penalized, Snow dropped to third, where he would remain for much of the first stint.

However, before the end of his stint, Snow would work his way back to the lead, handing the Quartz Engine Oil-backed machine over to co-driver Bryan Sellers with over an hour and a half left in the two-hour, 40-minute race.

In the mere minutes after Sellers left the pits, the race went full-course yellow for a stopped P3 car on track. The team would bring Sellers down pit lane one more time during the caution to top him up with fuel, but it was on him from there on out to make sure the No. 1 M4 could make it to the finish.

Sellers spent the final hour of the race in extreme fuel conservation while attempting to maintain position, to get a result for the team. He would cross the line in third, but ultimately the team was promoted to second place for their efforts following post-race technical inspection. 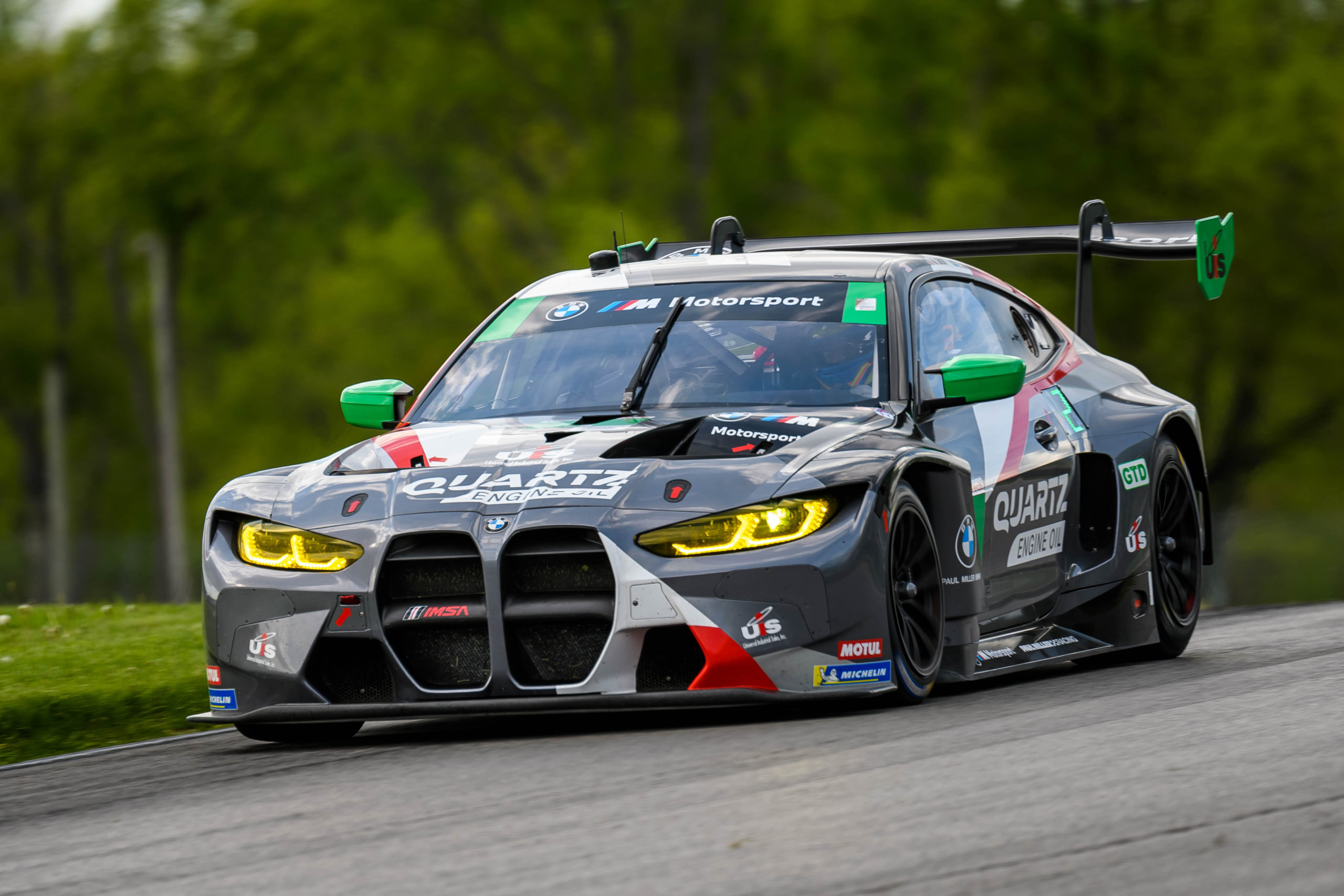 “Unfortunately, there wasn’t much action in the second half of the race for IMSA GTD cars,” Paul Miller Racing team manager, Mitchell Simmons, said.

“The timing of the yellow really threw most of the field into fuel save mode, and it was really about the driver being able to stay on pace while still saving enough fuel to get us to the checkers.

“Both drivers did a great job, Madison attacking, and Bryan saving fuel. It was kind of the tale of two races for them today. And the crew did a fantastic job all weekend. We’re still learning our way around this BMW M4 GT3, but we saw good progress this weekend.”

The Paul Miller Racing team is back in action in the IMSA WeatherTech SportsCar Championship on June 4 at the Detroit Grand Prix. 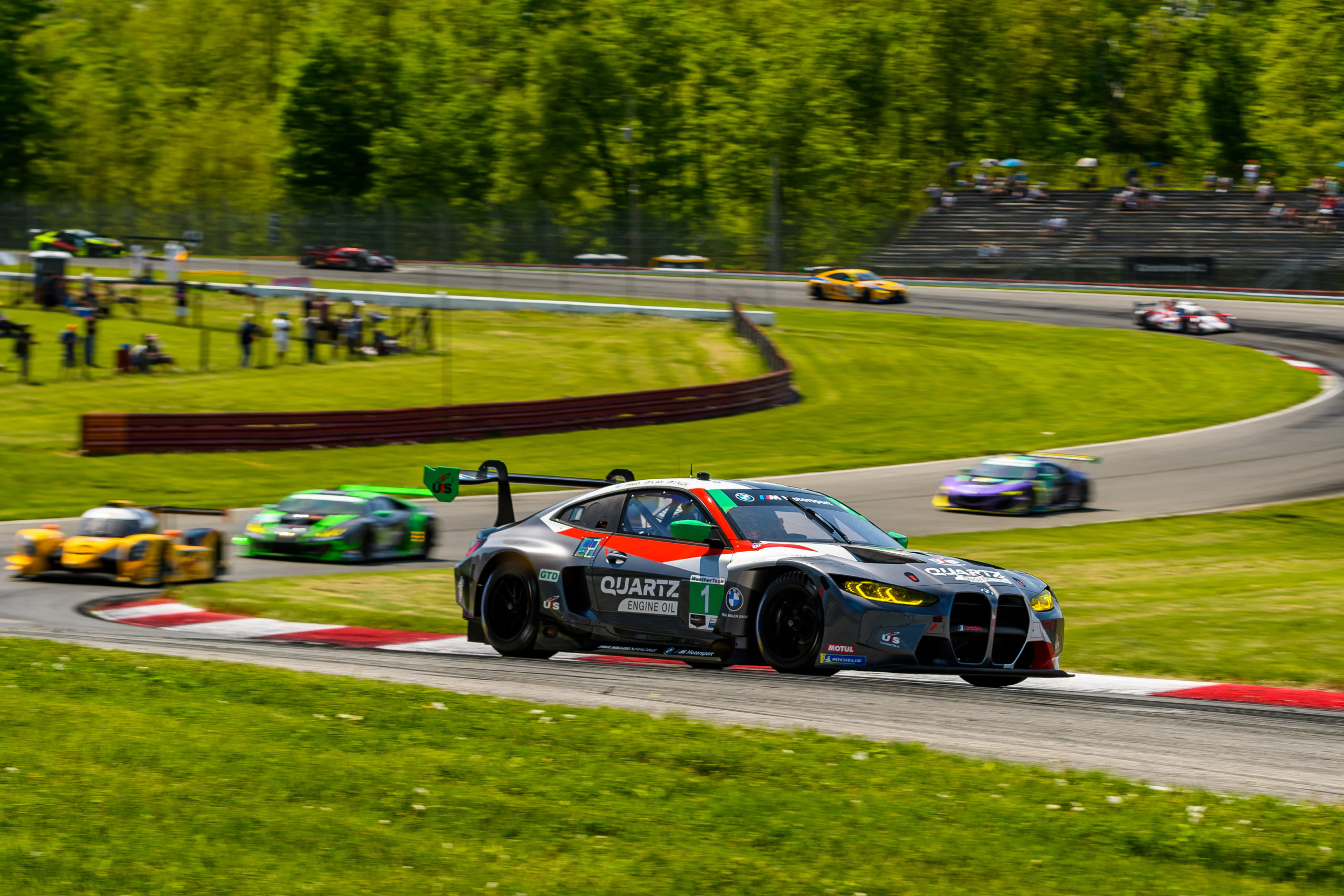 Madison Snow
“We definitely seem to have a strong tendency to finish on the podium. We haven’t been able to win here yet—and we really want to. But a podium is still great! The only thing that makes it tough is when you know you had the car and had the team to fight for a win. We ended up saving a lot of fuel at the end there, along with the 96 car. We were able to work with them to make sure both BMWs could make it to the finish, while still maintaining our track position. That was really good of BMW to be able to do that, to get a 1-2 finish. We finished ahead of a lot of other cars that we were worried about all weekend. We had some chaos at the start of the race and fell back, but I was able to drive it up over the course of the stint and regained the lead before Bryan got it. And Bryan did a great job at the end, being able to save fuel and stay ahead, and that was the drive we needed at the end of today.”

Bryan Sellers
“Overall, it’s a good finish. Anytime you get to take home hardware at the end of the race, you know you did a pretty good job! We got our hands a little bit tied by the yellow flags there and had to go into fuel-saving quite early into the stint. These races come down to what you can persevere through, so to come home with a podium is great. I thought the yellow flag fell at a bad time for us, but it turned out pretty well. As always, Madison did a great job in his opening stint. He got robbed on the start there by the Lexus, again. But, we made the most of that. The guys had great, great stops, and I’m really happy with the result. I’m glad we’re moving in the right direction from Laguna—we had a strong car today.”