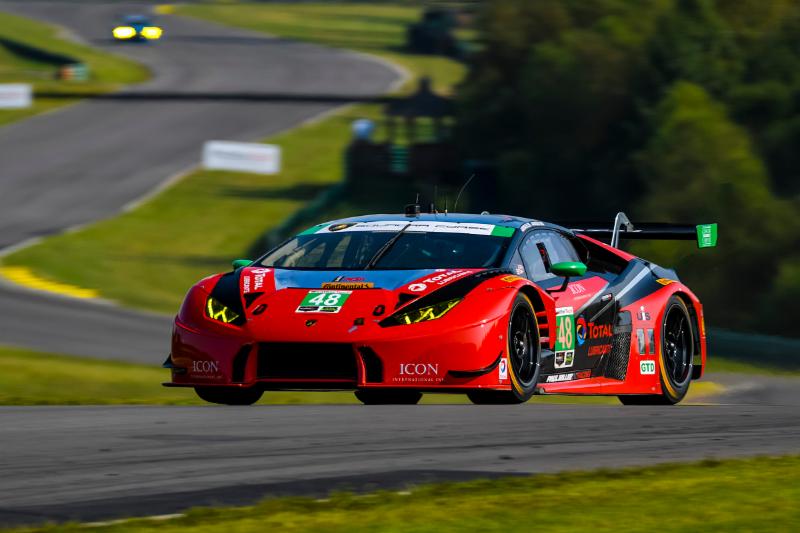 DANVILLE, Vir., (August 26, 2017) – After showing continued progress all weekend long throughout the practice sessions, Paul Miller Racing qualified seventh this afternoon at Virginia International Raceway, for the tenth round in the IMSA WeatherTech SportsCar Championship.

The GTD team experimented with various set up changes on the car’s handling in the three practice sessions, getting closer to the optimal set up for tomorrow’s race. Last year’s pole sitter Madison Snow again qualified the No. 48 TOTAL Lubricants/UIS Lamborghini Huracán GT3, running seven laps in the fifteen minute qualifying session.

Snow set a fast lap time of 1:44.131 under perfectly sunny conditions to sit 0.740 seconds off pole position. Snow will start the race and complete the mandatory minimum drive time and will give the car to co-driver Bryan Sellers to complete the race, aiming to complete last year’s win. The Michelin GT Challenge at VIRginia International Raceway will begin Sunday, August 27 at 1:30PM Eastern on FOX Sports1 and the FOX Sports GO app with FS1 authentication. International audiences can watch the broadcast in its entirety on imsa.tv. Audio commentary throughout the weekend is available on IMSA.com, RadioLeMans.com and Sirius XM Radio. Fans can also follow the race live with in-car cameras, IMSA Radio and timing & scoring available worldwide on IMSA.com and the IMSA App.

We had a decent qualifying session. We’re definitely getting better with every session in terms of handling and pace. It’s going to be a long race. We’ve always been consistent on pace, and we need to keep that until the end of the race. We don’t have the best speed, but looking at the ten lap averages of all the cars, we’re looking good. We will be able to get better by the time the race comes.

That was not as good of a qualifying session as we hoped for. We’ve struggled a little bit so far. We keep trying stuff and keep gaining. We ran out of time to get the desired result we wanted to in qualifying. Madison did a good job with what we had. The important part is when we go race. We’ll make a few more improvements and go from there and see where we end up. We’ll have a good race car and a good race. We’ll keep trying to improve.