Paul Miller Racing Qualifies Third on the Streets of Detroit 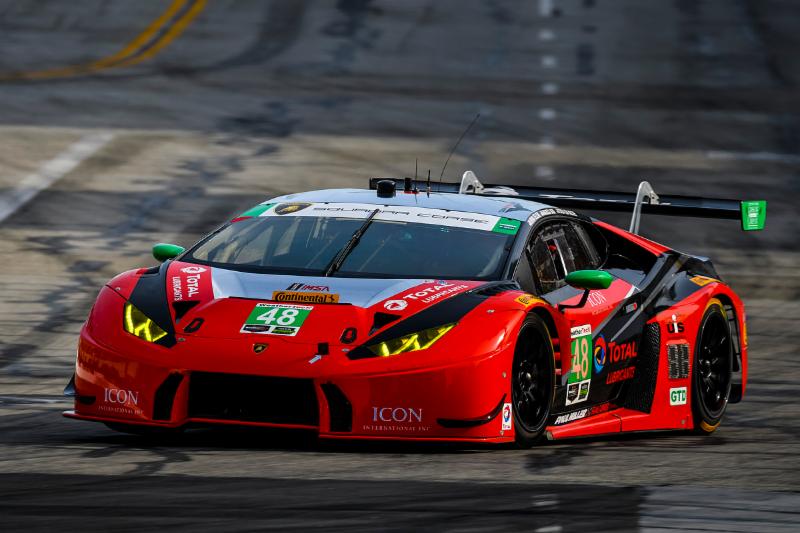 DETROIT, MI., (June 2, 2017) – As the 2017 IMSA WeatherTech SportsCar Championship has progressed, Paul Miller Racing has continued to show improvements to its program in the GTD class championship. Earlier this month, the team produced a flawless run to finish fourth at Circuit of the Americas, and will race tomorrow on the streets of Detroit, Michigan for the Chevrolet Sports Car Classic of Detroit, June 3. The team has celebrated the pole position the two previous years, and the No. 48 Lamborghini Huracán GT3 will start third for Saturday’s race with drivers Bryan Sellers and Madison Snow.

“Our team enjoys the Belle Isle weekend, and we are looking forward to the second street race of the season,” said Team Owner Paul Miller. “We had a good car at Long Beach, where we led much of the race from pole position, and we look forward to a competitive effort tomorrow on the streets of Detroit as well.”

Sellers set the pole position last year at the Detroit circuit, as well as earlier this season at the Long Beach Grand Prix, showing the strong performance the Lamborghini Huracán GT3 holds on street circuits. Sellers qualified with a fast lap time of 1:30.763, setting a third place starting position.

“It was a good qualifying session,” said Sellers. “We tested a lot of different things in practice, so to come in to qualifying and get it done when it matters is what is important. We’ll debrief and see where we are at for tomorrow against the competition. The car was good in qualifying, but traffic was tough. We are pleased with where we are, now we get to race.”

The 2017 GTD class has been highly competitive this season, and the Atlanta-based team currently sits fourth in the team and driver championship standings. The 2.3 mile, 14-turn temporary street course is challenging and unforgiving to competitors, offering few changes to pass between its concrete walls.

“The Detroit circuit is awesome, and the racing that comes from it can be some of the best all year, even with it being very difficult to pass there,” said Madison Snow. “Starting third here is a good boost for the team. Anywhere in the top five is a good spot to start, and we will chase down the ones in front. This is a fun track to race on, so we are both looking forward to race day.”