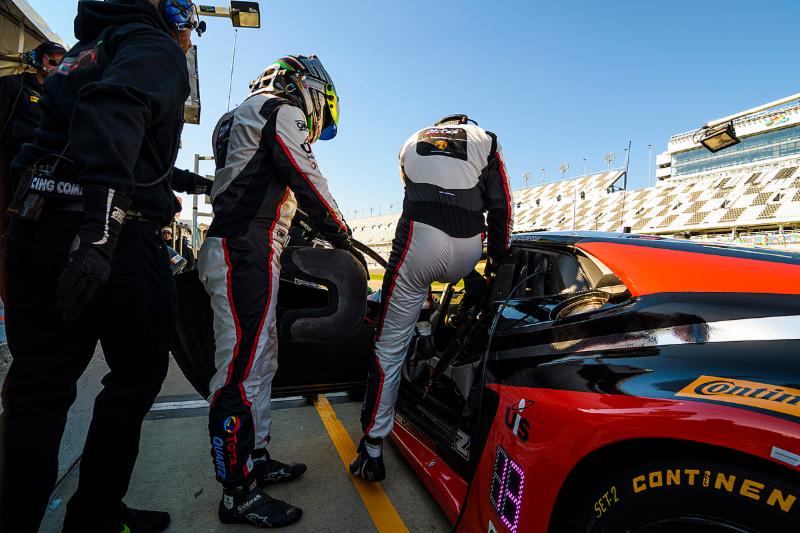 DAYTONA BEACH, Fla., (January 24, 2018) – Saturday at Daytona International Speedway, 50 sports cars will roar to the green flag for the IMSA WeatherTech SportsCar Championship season opening race, the Rolex 24 at Daytona. Drivers and teams will race twice around the clock, challenging man and machine in the longest endurance racing event of the IMSA season. Last year, the No. 48 Paul Miller Racing TOTAL/UIS Lamborghini Huracán GT3 placed as the top Lamborghini, finishing seventh in class.

Bryan Sellers, Madison Snow, Bryce Miller, and Andrea Caldarelli are returning to race the No. 48, looking to better last year’s result. Of the 21 GTD class entries, Paul Miller Racing is the only team to return with its same Rolex 24 driver lineup as 2017, and only one of three to return with its two full season drivers. Of the four drivers, Miller currently holds the best finish at the Rolex 24 at Daytona, earning two second place finishes in 2008 and 2011.  Snow and Sellers are tied with third place finishes, while Caldarelli’s only other time competing at the event was with the team last year.

In the pre-season Roar Before the 24 test earlier this month, the No. 48 Lamborghini proved to benefit well in the cooler temperatures, where the team finished in the top three positions for three of the seven practice sessions. A competing Lamborghini placed first in the Roar’s mock qualifying session, showing the car’s potential strength for this weekend’s Rolex 24.

In the sanctioning body’s effort to ensure equal Balance of Performance (BOP) across the field, the weight of the Huracán GT3 has been lowered by 20kg, and the fuel tank capacity has increased by three liters, compared to the 2017 Rolex at the 24.

The live coverage of the Rolex 24 at Daytona begins Saturday, January 27 at 2:00PM Eastern on FOX, and the field will take the green flag at 2:40PM. IMSA Radio will cover the entire event radiolemans.com, featuring live commentary and interviews from pit lane. International audience can stream the race in its entirety at imsa.tv. For full broadcast schedule information, visit imsa.com.

Driver Quotes
Bryan Sellers
Daytona is a pinnacle event and one of the biggest sports car races in the world. The allure of winning a Rolex is why everybody shows up. It is the most difficult race of the season but very important in setting the tone for your season. I feel like we had a very strong Roar Before the 24, and left feeling decent about where we were. Everything changes on race week, but I am looking forward to getting there and getting started. The team has put every effort possible into being prepared, now it’s time to race.

Madison Snow
Daytona represents another chance, another year, to go at the championship again. This race really comes at you fast once you arrive at the track. Driving in this race brings on a very special thought process, you are always pushing as hard as you can for lap time, to make that pass, and to preserve the car for the end of the race so that the finishing driver can have all the tools necessary to fight for a podium finish. But while those thoughts may be circling in the forefront of your mind, you have to remember this is the longest race all year, that after this race is over nearly half the season is over. It can be so easy to get caught up in a moment and make a bad decision, or an overaggressive pass and that’s precisely what makes this race one of a kind. It’s a balancing act all race to preserve the car, yet stay in the hunt for the podium, one the transcends much further than the single driver in the car at the time. It goes all the way back to how the car was prepped at the shop back in Atlanta, and how tight that last bolt was put on the car to secure everything together, a little loose and it will vibrate its way out after 24 hours, but too tight and all the stress and curb strikes can make it snap off. There is so much more to this race than the 24 hours lapping around the track for two days, it’s the years of experience that are put into those 24 hours that make the difference.

Bryce Miller
I’m excited to rejoin the team and this driver lineup again. It’s a winning formula for the challenges of endurance competition and I’m fortunate to be a part of.

Andrea Caldarelli
After the Roar Before the 24, I got really good vibes for the race. The car feels good, the team did a great job, and I think we have a good pace as line-up. Lamborghini Huracán GT3 is one of the best cars in this circuit in my opinion, but we have to face a really hard challenge. From my side, I’m more confident in the endurance races than last year, and I know what expect from Florida’s winter weather. The goal for the race is really ambitious, and after the fastest lap time in my session, I think we can be able to fight for the leadership since the racing start. 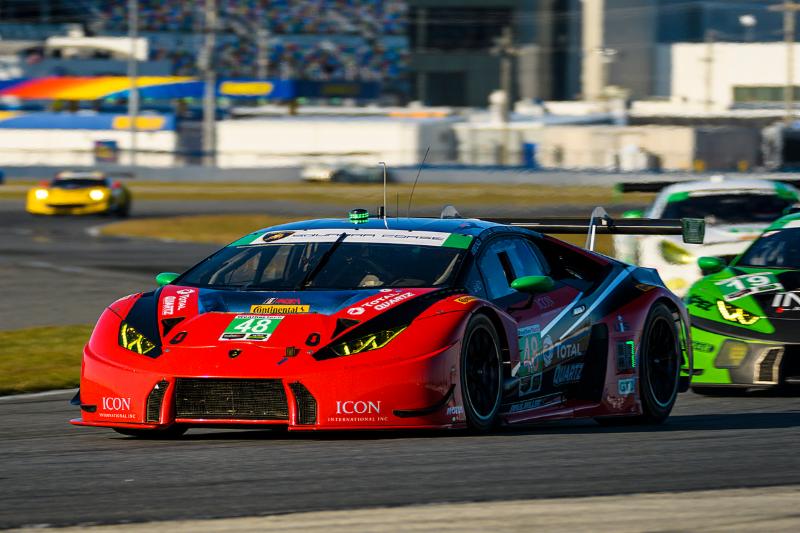