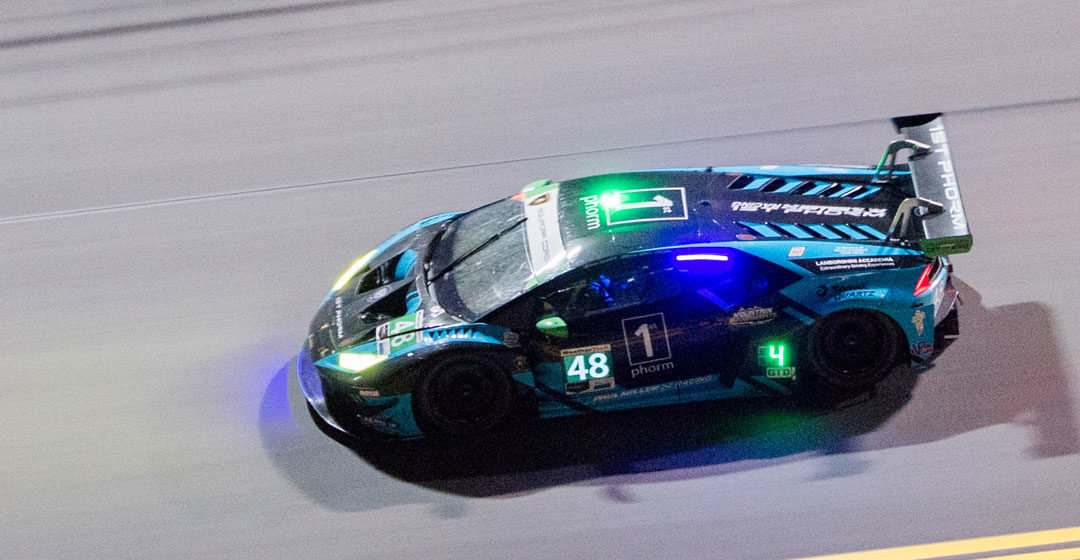 The third race on the 2016 schedule for the IMSA WeatherTech SportsCar Championship’s GT Daytona (GTD) class, the two-hour Continental Tire Grand Prix of Monterey sprint can be seen live on FOX Sports 2 (FS2) tomorrow, Sunday, May 1, at 6:30 p.m. EDT.

“We came a long way from where we started,” Snow said. “We just still have a little more to find. It seems like we have pretty good pace compared to the other Lamborghinis and such, so we’re not far off of our same car, but there’s just a lot more out there on the track.”

On Friday at Laguna Seca, Snow and teammate Bryan Sellers had a difficult time putting any quality laps together in the No. 48. The Paul Miller Racing team quickly went to work on the problem, which was traced to the Lamborghini’s differential.

“Yesterday, when we started, I think everybody was kind of at their wits end,” Sellers said. “We just couldn’t get any lap time no matter what we tried. So, the guys stayed late last night addressing what we thought was a differential problem, and it appears to be correct, because when we came back this morning it was a completely different race car.”

While the Paul Miller Racing No. 48 was back up to pace today, the Lamborghini teams in general are just off the pace of top GTD competition so far this weekend.

“We were able to make some changes to the balance in a positive way,” Sellers said. “In the end, Madison did a great job in qualifying, he placed it right up with the other Lamborghinis. I don’t know if it is the current rules or if it is car specific, but the Porsches and BMWs are pretty good right now. We can’t quite run where they are on outright speed so we’ll have to figure some stuff out, maybe stretch our fuel window out a little bit, and take the battle to them in another way.”

Laguna Seca’s notorious lack of grip is another factor Paul Miller Racing and its GTD competition will have to take into account.

“This track is difficult as it’s completely different from Daytona and Sebring,” Snow said. “There’s just very little grip at this track so it takes a bit to find the grip. We haven’t been able to really find it this weekend, we’ve been really struggling with a lot of understeer and oversteer, but that’s why we have all of these practice sessions. Now we just have to go out in tomorrow’s warmup, try something else and get better.”

Sunday’s race-day schedule begins with a 1:50 p.m. PDT final warm-up session. The featured two-hour race, which will see the GTD class share the track with the Prototype Challenge (PC) division, is scheduled to go green at 3:45 p.m. PDT.

– Laguna Seca is a universal favorite of racing teams and drivers. “I love the history of Laguna Seca,” Sellers said. “I love pulling into the track and seeing the scenery and being able to appreciate what we are able to do over the weekend. It is a place that allows you to appreciate the beauty in motorsports.”