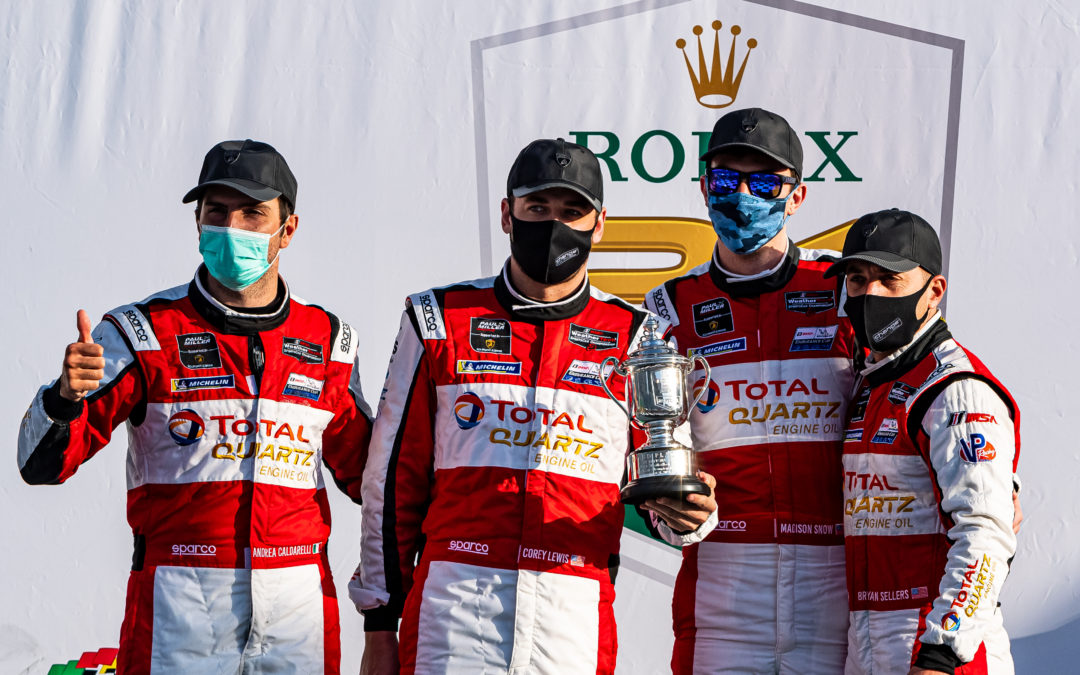 DAYTONA BEACH, FL (Monday, February 1, 2021) — The Paul Miller Racing team backed up their 2020 Rolex 24 victory with a third place finish in yesterday’s 2021 edition of the twice-round-the-clock classic. Madison Snow, Bryan Sellers, Corey Lewis and Andrea Caldarelli’s podium will bolster the team’s quest to repeat as Michelin Endurance Cup champions, and in their fight for the overall title.

Starting towards the rear of the IMSA WeatherTech SportsCar Championship field after struggling with electrical issues in the qualifying race, the Total lubricants-backed Lamborghini team minimized mistakes and maximized strategy calls to fight at the front of the 19-car deep GTD class.

The 24-hour event was punctuated by 72 yellow flag laps, particularly in the early hours, that helped catapult the No. 1 Lamborghini Huracán GT3 EVO through to the top five, where they remained for much of the race.

The team also capitalized on a well-timed brake change under a caution near halfway, a strategy call which also contributed to their 2020 victory. 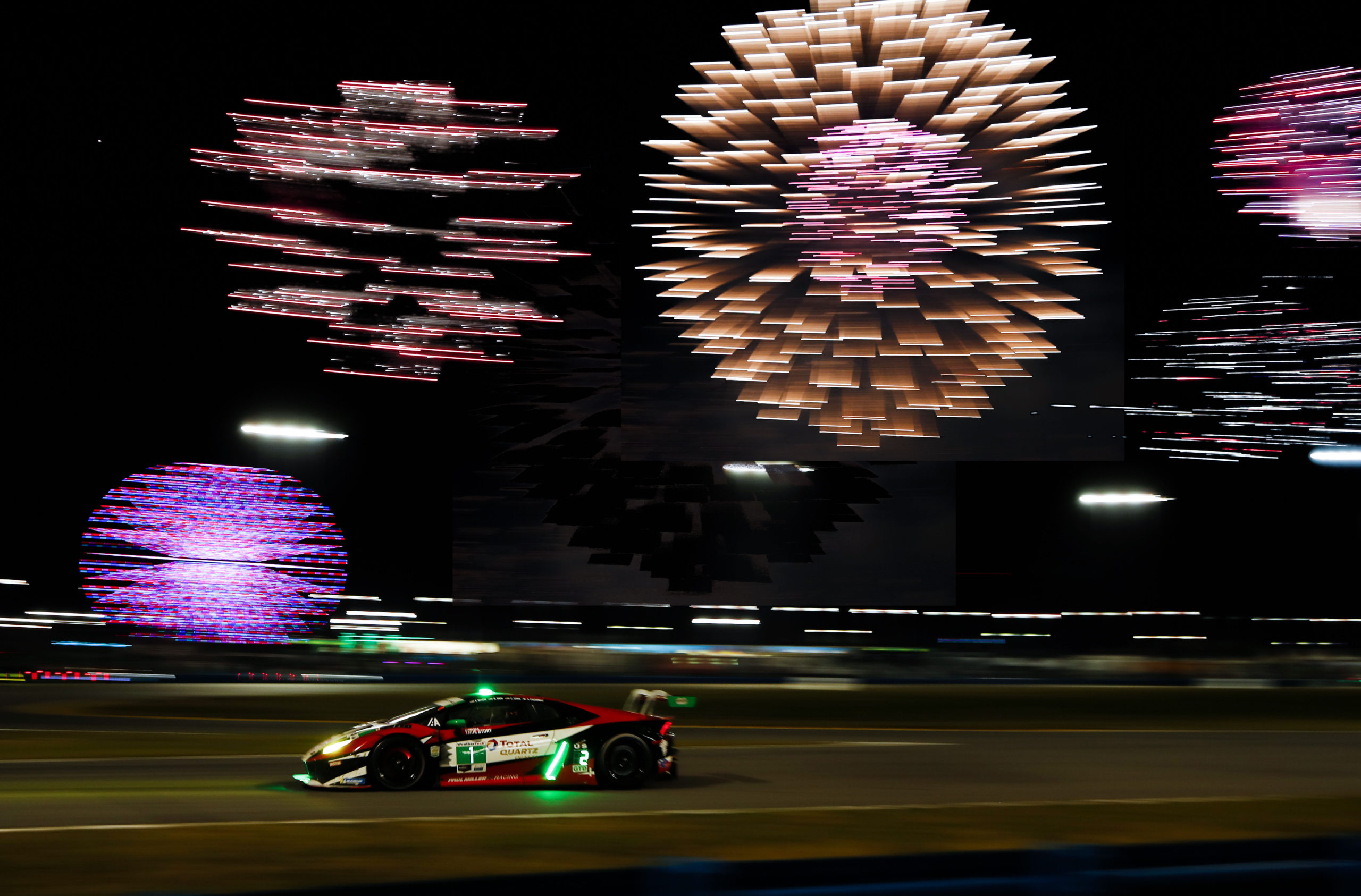 “I’m very proud of everyone on our team, from the drivers to the top managers to the crew,” Paul Miller Racing founder, Paul Miller, said.

“The 24 is a massive effort and this year’s podium was harder fought for than last year’s win. It was a fantastic, awesome effort. Everyone deserved this one!”

Provisionally, the Paul Miller Racing team sit third in both the overall championship and the Michelin Endurance Cup leaving Daytona.

The IMSA WeatherTech SportsCar Championship will return to action at Sebring International Raceway March 17-20 for the 12 Hours of Sebring. The central Florida race is also the second round of the Michelin Endurance Cup.

Madison Snow
“I am really happy that we were able to finish third. I think the team did a great job all 24 hours. Podiums at Daytona are always special, it doesn’t matter where you finish. It’s the hardest race we do, and the longest race we do, and to do well here means so much.
“The four of us drivers worked just as well together as we did last year, I think we really gave it our all but unfortunately just couldn’t quite get the win this year. That being said, I had a great time working with these guys, especially having Andrea back to complete our team again.”

Bryan Sellers
“I’m really excited about today. Anytime you stand on the podium at Daytona is special. It’s also really hard, to be honest, to fight for 24 hours and watch someone else get the watch. But, that’s what makes this race so special. It’s about the excitement you feel when you win it, which we were so fortunate to do last year, and the pain you feel when you don’t. It’s what makes you want to come back over and over again.
“But, I think if you look at our race over the last 24 hours you have to be happy with what we were able to do. We started at the back and fought our way through the field. It was a great team day. The guys on the pit box really delivered with strategy, the guys over the wall nailed the pitstops, everybody did their part. I’m so thankful that I get to work with a group like this every single weekend. They always deliver, in the six times we’ve done this race, we’ve been on the podium 50 percent of the time. Over the past three years, we’ve done a great job at all of the endurance races, and that’s just team effort. I’m super happy to be a part of this group and I hope we can do some more!”

Corey Lewis
“It’s been a long two weeks here in Daytona, but overall it was very very productive. To get third place in this year’s 59th running of the Rolex is something very special. We weren’t really sure how the race would pan out, we were starting from the back of the field and didn’t really know where we would be with pace and with handling. Ultimately, everything ended up shaking out really well for us. All in all, it was a really positive weekend, great points for the boys in the championship, and especially for defending the Michelin Endurance Cup title. It’s always something special to be on the podium at Rolex, and to do it two years in a row now is an achievement we can really hang our hat on.”

Andrea Caldarelli
“With how everything started with the Roar, finishing on the podium is a great result. We know we didn’t necessarily have the outright pace to win, but we knew we had a team that could get us towards the front. I think finishing so close to P1 and P2 is also a fantastic result because those guys were super quick this weekend.
“The car is in one piece, which is also very good after a race like this. We did have a couple small incidents, but after 24 hours, that’s normal. I’m really pleased for Paul Miller Racing and Lamborghini Squadra Corse. I know Lamborghini wanted four in a row, but that was a massive effort, and another podium is always good. This is my third podium finish with Paul Miller in five tries, so I’m very proud of that.” 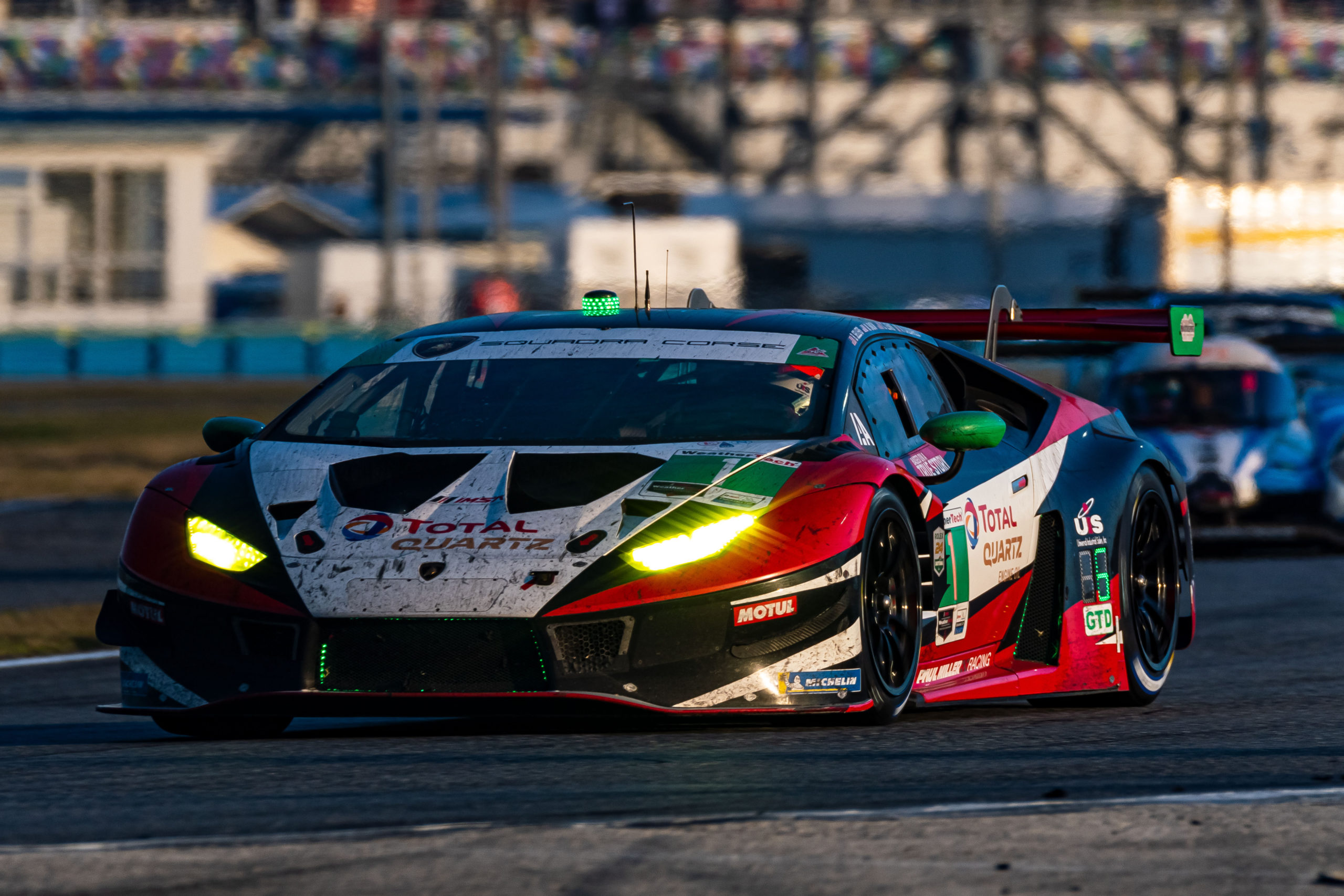