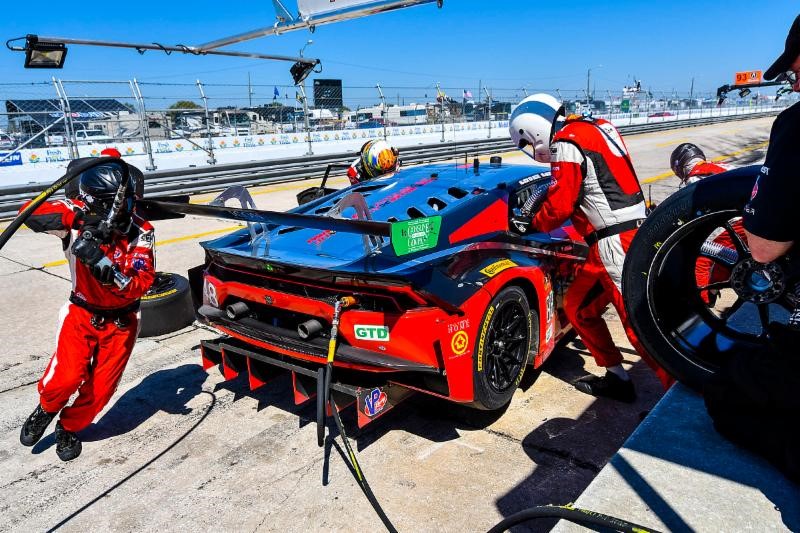 As the first sprint race on the 2017 schedule, the Long Beach Grand Prix will run 100 minutes. Both Bryan Sellers and Madison Snow will need to complete a minimum of 30 minutes of racing in order to score points. The typical sprint car format will make for intense battles on the 1.968-mile temporary street course. Surrounded by concrete walls, the circuit can be unforgiving to miscalculated moves, often resulting in several early retirements.

The limited track time will present its own sets of challenges, as Bryan Sellers will be kept busy all weekend on and off track, participating in both the IMSA WeatherTech SportsCar Championship, as well as the Pirelli World Challenge. Madison Snow will be utilizing his co-driver’s experience at the track, having never been to the event before, as a participant nor as a spectator. The event also marks the first time since the merge of the American Le Mans Series and GRAND-AM Rolex SportsCar Series that the GTD class has raced on the temporary street circuit in the heart of Long Beach.

The BUBBA burger Sports Car Grand Prix at Long Beach will broadcast live at 4:00PM Eastern on FOX, Saturday, April 8. International fans will be able to watch worldwide at imsa.tv. Additional audio coverage will be available via IMSA Radio at www.radiolemans.com.

I’m really looking forward to Long Beach. The Lamborghini was a very good car on street circuits last year and I hope this year is the same. As a program we are continually moving forward, but are all missing the result we want so far this year. Heading to the next race gives us an opportunity to try and accomplish that goal. This is always an interesting race because of its length. It always proves to be challenging from a strategic standpoint, so it will be fun and interesting to see how it all plays out.

Long Beach is a race I have never had the opportunity to race at or even attend before. All my knowledge about the race is from watching it on TV for the last couple of years and everything Bryan has told me about it in the last month, which is a lot! I am very excited for this coming weekend, as it gives me a fresh chance to learn a ‘new’ track. After talking to Bryan and hearing that this is one of his favorite tracks it makes me very excited and enthusiastic to be able to race here, especially with someone that has so much experience at this track. I will really have to take all the knowledge Bryan can give me when we arrive this weekend, as the track time is very limited. With Detroit, the only other street course we race at, being one of my favorite tracks, I am really looking forward to be racing against the other cars at Long Beach in a very similar setting.