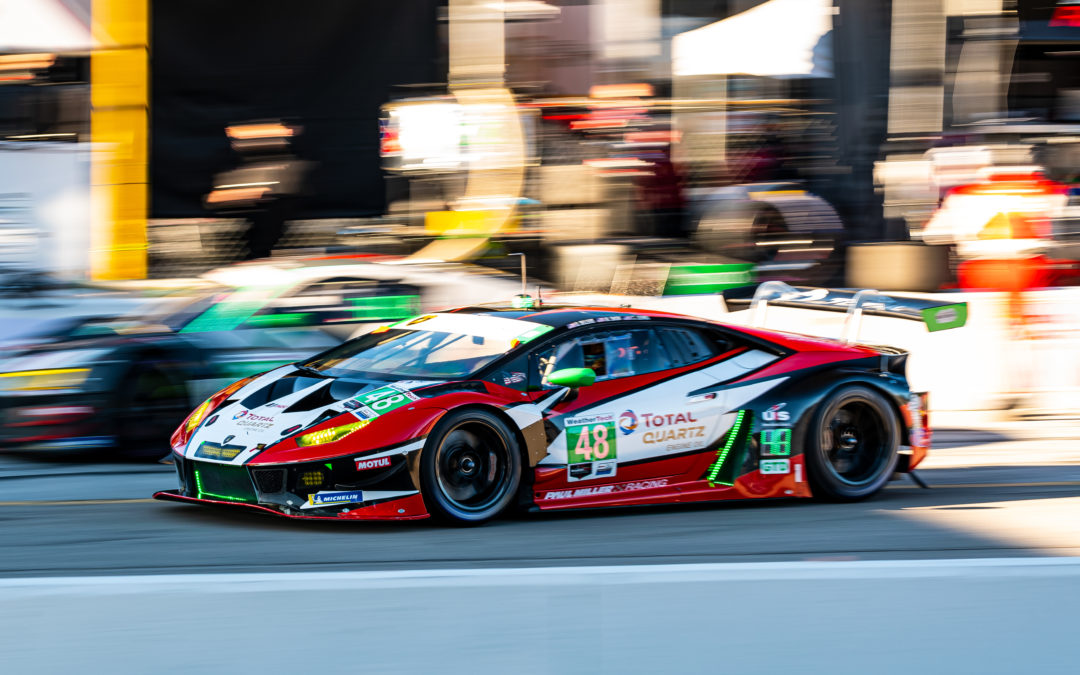 Braselton, GA (Saturday, October 17, 2020) ­— The No. 48 Paul Miller Racing team showed incredible speed during the 10-hour Motul Petit Le Mans at Michelin Raceway Road Atlanta, but ultimately left the track with only a seventh place finish to show for their efforts.

The Total lubricants-backed Lamborghini Huracán GT3 EVO of Madison Snow, Bryan Sellers and Corey Lewis rolled off in the fourth position in the hands of Snow. The team chose an alternate pit strategy to maximize points for the Michelin Endurance Cup awarded at the four, eight and 10-hour marks of the race.

The team finished second after four hours of racing, fifth after eight and seventh after 10, netting eight points in the championship. Entering the race weekend with an eight-point lead, the Paul Miller Racing team exits Michelin Raceway with a nine-point advantage over the tied No. 44 and No. 86 machines, 35 to 26 with just one race to go.

In addition to extending their points lead, the team showed great pace in the heat of the day during Petit Le Mans, having all three drivers cycle through to the front of the field at various points during the race, including a stellar pace by Corey Lewis over the No. 14 in the final third of the race to reclaim the front of the field.

As the temperatures dropped, so did the No. 48 through the running order. With a more than 20 degree swing in track temperature between the heat of the day and the cold of night, setup became a moving target. Ultimately, the team crossed the line in the seventh position.

The Paul Miller Racing team will return to action at Sebring International Raceway next month for the Mobil 1 12 Hours of Sebring November 11-14 for the final race of the Michelin Endurance Cup. 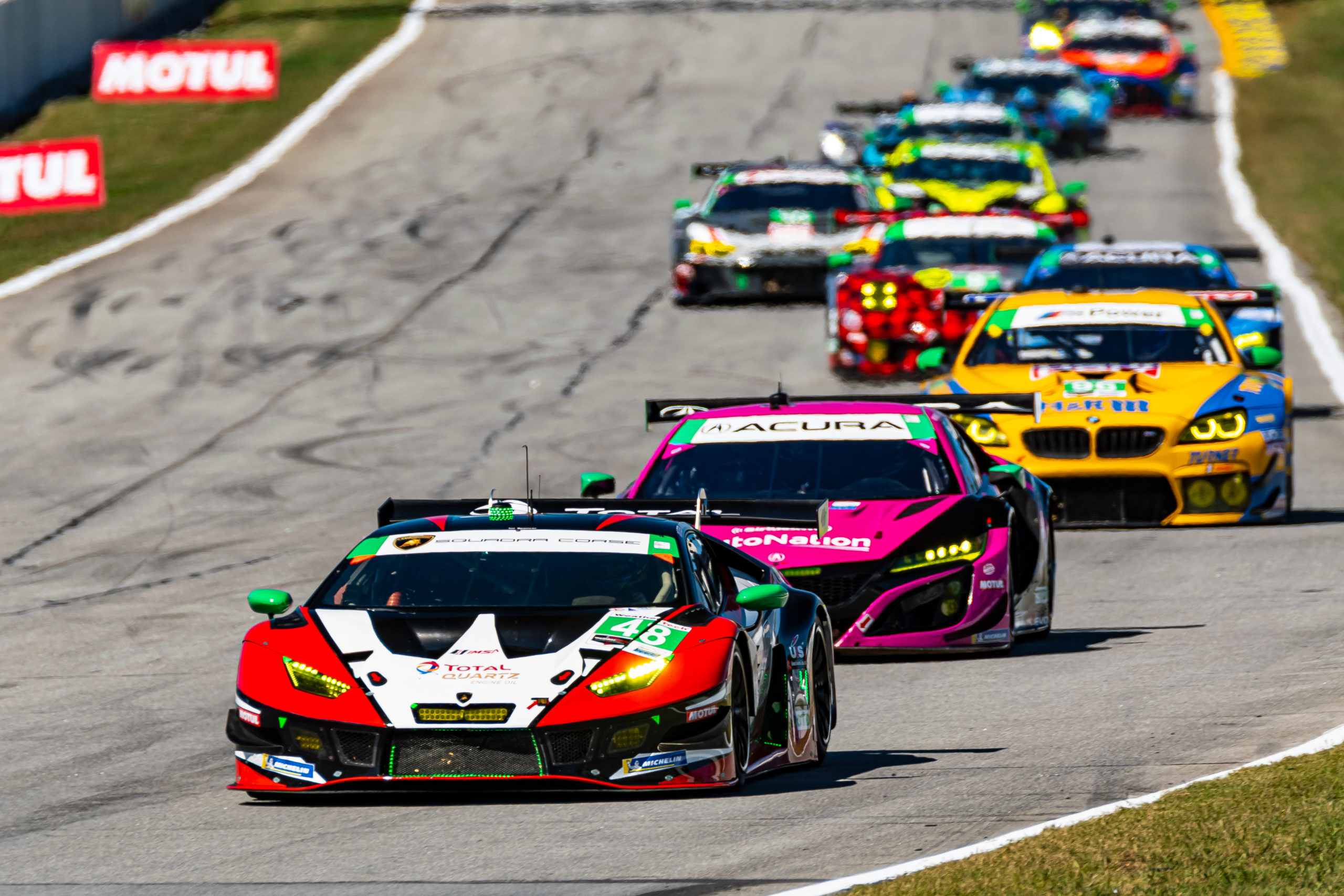 Madison Snow
“The race started out really well for us. We ended up leading for a good portion of the start of the race. We fell back to second for a bit, but we were still right there with everybody at the front. We never quite thought that we had the outright pace, but we had a good car and we were definitely able to race people.
“Night came, and as the track conditions changed, the car got better and worse throughout the day. It wasn’t quite as expected for us to change quite that much, the handling changed quite a bit throughout the day. And, when it came down to it, we just didn’t quite have it at the end. So, we fell down the order a bit, and our pace was just that little bit off—and the competition is so high in this series—that everything just kind of added up at the end and we finished seventh.”

Bryan Sellers
“It was a tough day for us. Fortunately, we haven’t experienced too many of these in the last couple years, but today was hard. I feel like we were strong when we were out in front of the pack and we could control the pace a little bit, it was hard for people to pass us and we could do enough to stay ahead. But, we got a little bit off strategy chasing Michelin Endurance Cup points and once we did that, it just seemed like it kind of snowballed on us and we struggled to get back to the front.
“Certainly, we were stronger in the heat of the day than we were at night. That’s something we’ll definitely have to address since Sebring obviously also ends at night. So we’ll go back and run through everything and take a look and try and figure out how we’ll be better for the next one. It’s not a great feeling to start so strong and then end the race that way. The positives are, as always, our guys did a great job. All our stops were flawless, we were quick when we needed to be quick, and we have a good foundation. We just need to address the issues we had with this one and move forward.”

Corey Lewis
“Ultimately, it wasn’t the result we wanted as a team, but we showed great pace the whole way through. And it’s great to be racing on my birthday! I can’t complain about that, that in itself is a great gift, especially with this group.
“It was just one of those races where you have to deal with the circumstances, and the circumstances were tough. The team did a great job. It wasn’t the result that we wanted, but we’ll keep fighting and it puts us in a great points position for the Michelin Endurance Cup going into Sebring.”