Paul Miller Racing Strives for Redemption at Circuit of the Americas 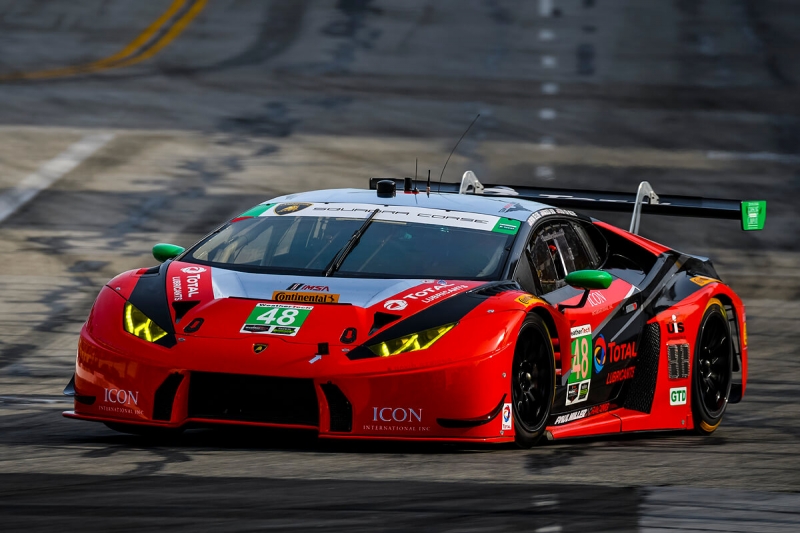 AUSTIN, Tex., (May 3, 2017) – This weekend, round four of the IMSA WeatherTech SportsCar Championship will take place at Circuit of the Americas in Austin, Texas. Following a disappointing conclusion to a strong performance weekend at round three’s Long Beach Grand Prix, the drivers and crew at Paul Miller Racing are ready for their chance at redemption at Circuit of the Americas (COTA).

In a highly competitive field, Bryan Sellers and the No. 48 Paul Miller Racing Lamborghini Huracán GT3 clinched the TOTAL Lubricants Pole Position on the streets of Long Beach, but a late strategy call dashed the team’s hopes of finishing on the podium. COTA looks to be another track that the Lamborghini Huracán GT3 will perform well at, boasting 20 corners in the 3.4 mile circuit. In 2016, drivers Bryan Sellers and Madison Snow ran competitive to finish second place in the GT Daytona (GTD) field.

“We had a very good result in COTA last year,” said Bryan Sellers. “We had a racecar that was very strong over the duration of a stint, and it allowed us to fight off other cars in a battle at the end of the race. I am looking forward to getting back and trying to move a couple more steps forward on the podium.”

While the Austin event is being held several months earlier this year, high temperatures are still likely to play a factor in tire degradation this weekend.

“The first thing that comes to mind when I think about COTA is the brutal heat we usually get stuck in, but hopefully this year will be different,” said Snow. “Paul Miller Racing has been working between races to improve the configurations of the car. We feel like we have a really good chance at getting another podium finish at this race, though the competition this year is definitely much harder than last. The track is the most technical we race all year, so it will be a very difficult race for everyone to get their cars set up.”

Paul Miller Racing currently sits sixth in the GTD class standings, just five points shy of fourth place. The Advance Auto Parts Sportscar Showdown at COTA will run for two hours and forty minutes, starting at 1:35PM Central, Saturday, May 6. Fans can watch live from inside the cars at imsa.tv, or watch the delayed broadcast at 7:00PM Eastern on FOX Sports 1.