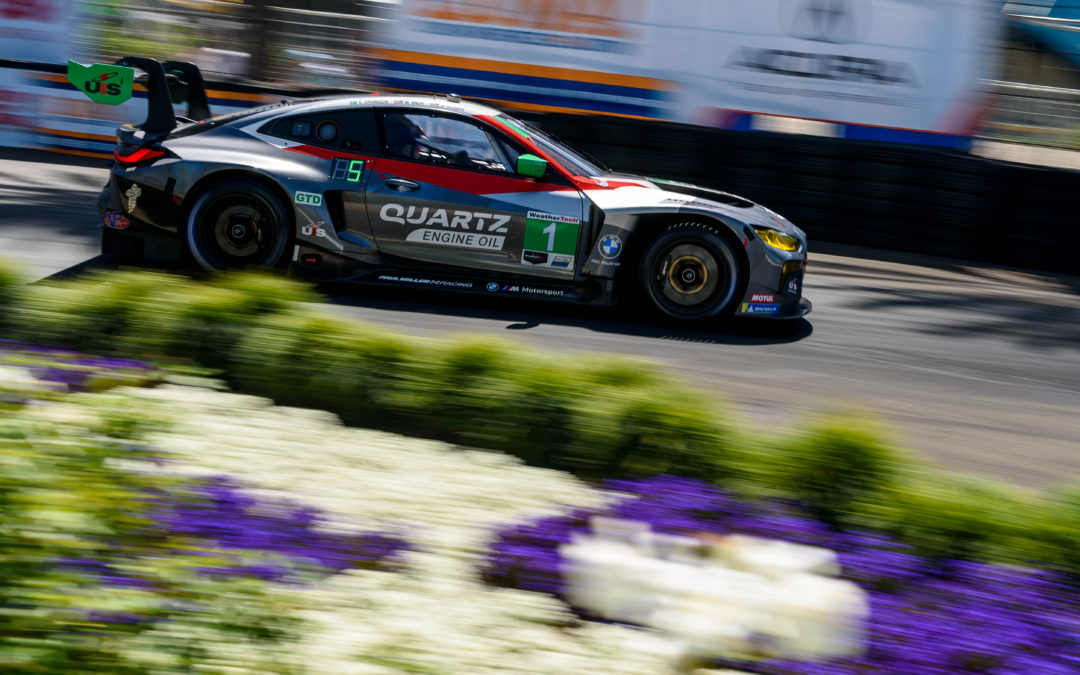 Not only is it Snow’s second consecutive pole at Long Beach, it is the team’s third pole in their last three appearances on the Southern California streets—with Bryan Sellers taking the top starting spot for the team in 2017.

The pole also marks the first-ever pole position for the all-new BMW M4 GT3 in the IMSA WeatherTech SportsCar Championship.

“’I’m really proud of this entire team for the amount of work they’ve put in to get us in this position,” Paul Miller Racing team owner, Paul Miller said.

“The team has worked very hard since February when we received our M4 GT3 to get it to this point. It’s been long hours for those guys and they’ve done an incredible job.

“And then with Madison, we’ve had him as part of our team since he was 19, and he was always very talented. But, he’s become so focused and mature and it’s been fantastic to see him grow as a racer and a person and become the driver he is today. Long Beach is a difficult place to put it on pole at the best of times, but we had very little practice time, and with a new car, it wasn’t easy, so I’m just really proud of the effort everyone has put forth.”

The pole comes after a difficult start to the season, with the team missing the opening round of the 2022 IMSA WeatherTech SportsCar Championship, and then getting taken out of a podium position by an errant P2 car during Sebring. 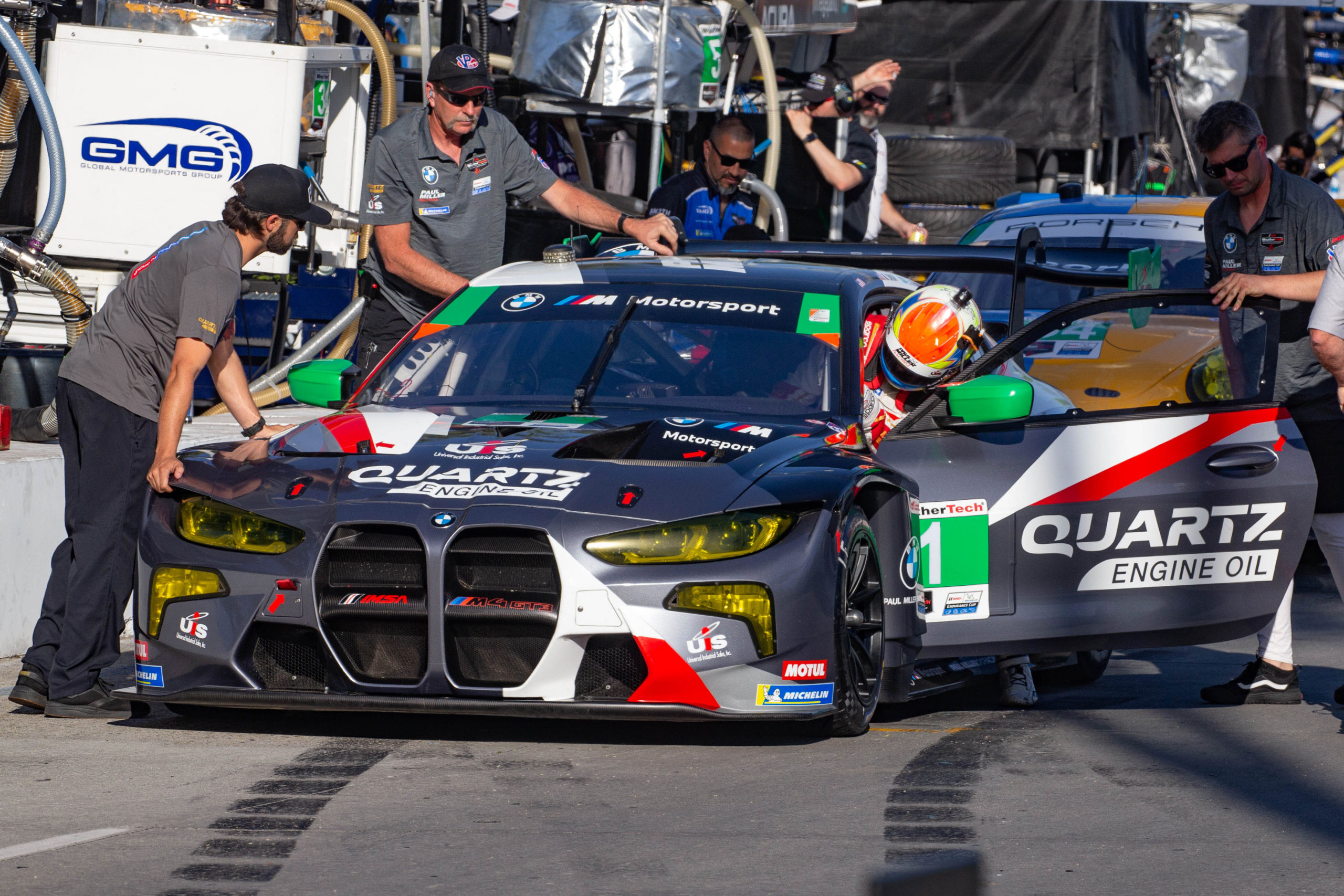 “This crew has been working so hard to make sure we’re ready for this,” team manager Mitchell Simmons added.

“The crew have been at the shop working non stop getting the car to our level of racing. We learned we needed to make some major chassis changes after we were en route to Long Beach. On Thursday we did our normal unload and set up, and spent an additional 8 hours doing the necessary updates. Through all of this we were still able to take pole position, it was remarkable.

“I think this is a testament to not only the drivers but the incredible job our engineer Lars and the crew did in a very tough time crunch. It’s an amazing result and without the dedication of this crew it wouldn’t have been possible.”

The 100-minute Grand Prix of Long Beach marks the first round of the IMSA Sprint Cup, a championship-within-a-championship awarded to the team and drivers that collect the most points in races of two hours and 40-minutes or less.

All the IMSA action from Saturday’s race at Long Beach will be shown live on USA Network, as well as NBC Peacock, beginning at 2 PM PT / 5 PM ET. 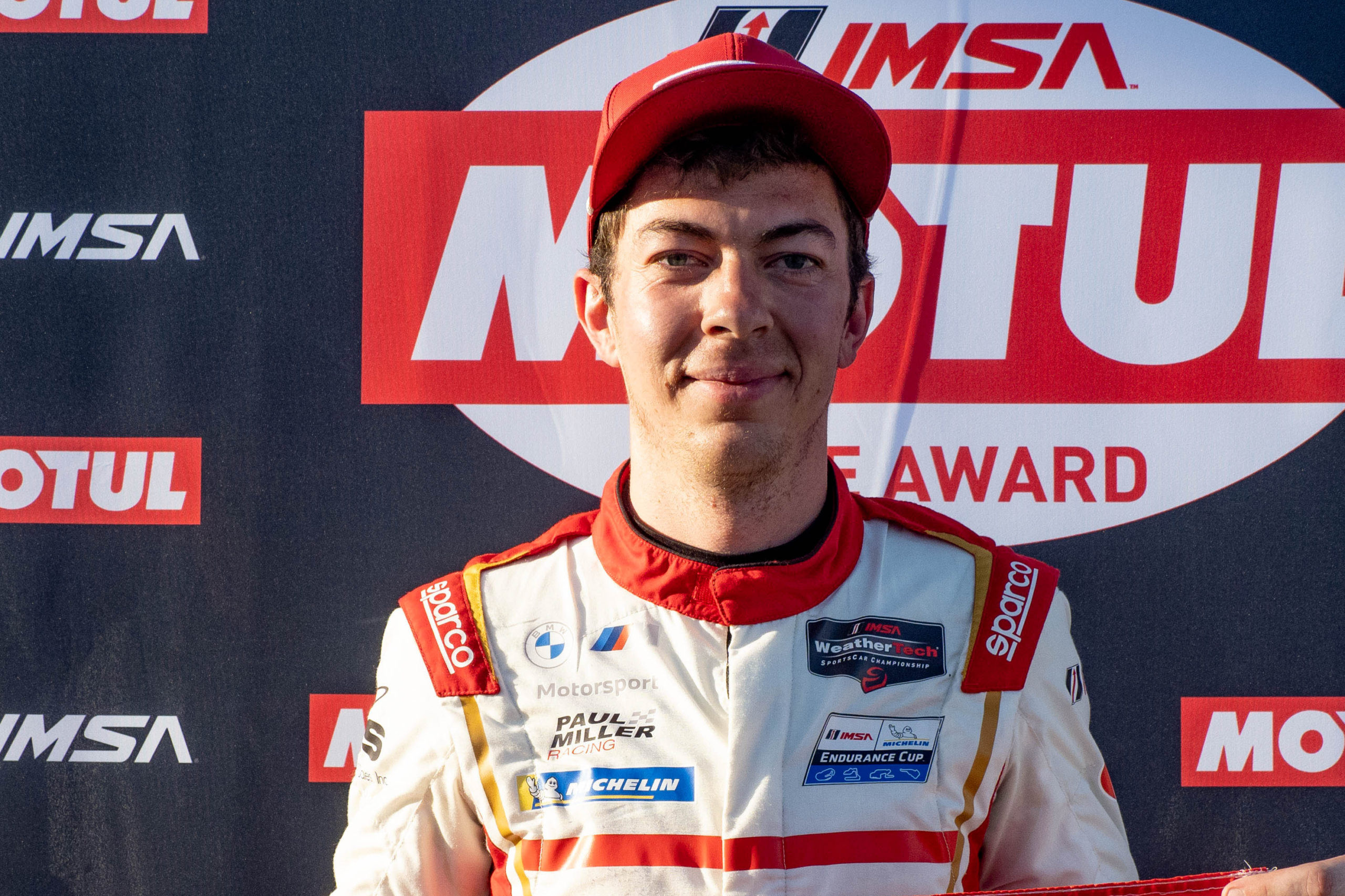 Madison Snow
“Second pole here in a row for me, three for the team. I was a little nervous with the new car, we knew the BMW was fast and was capable of getting pole, but we don’t have the experience or the practice compared to our car last year. I went out and gave it what I thought was my all, and our engineer Lars came on and told me I didn’t have pole position. I didn’t want to hear that! So I knew I had to do another lap, and with the other BMW being the car ahead of me, I knew I could do it. I just needed to give it my all and trust the car. I think the tires and the balance were a little bit better in that last fast lap, so that helped too. But, tomorrow is a new day. We know that we can win from pole position here, but there’s still a lot left to do!”