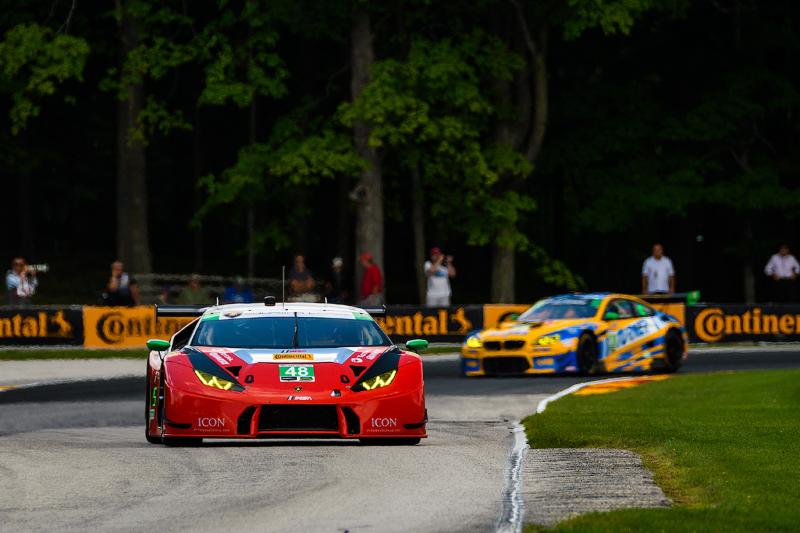 Madison Snow ran the qualifying stint for the No. 48 Total Lubricants/UIS Lamborghini Huracán GT3, setting the third fastest lap time in the fifteen minute session. A Ferrari’s contact with a wall halfway through the session used up five of the remaining minutes. The competitors in the twelve car field were able to complete one final lap, locking in the starting grid for Sunday’s race. 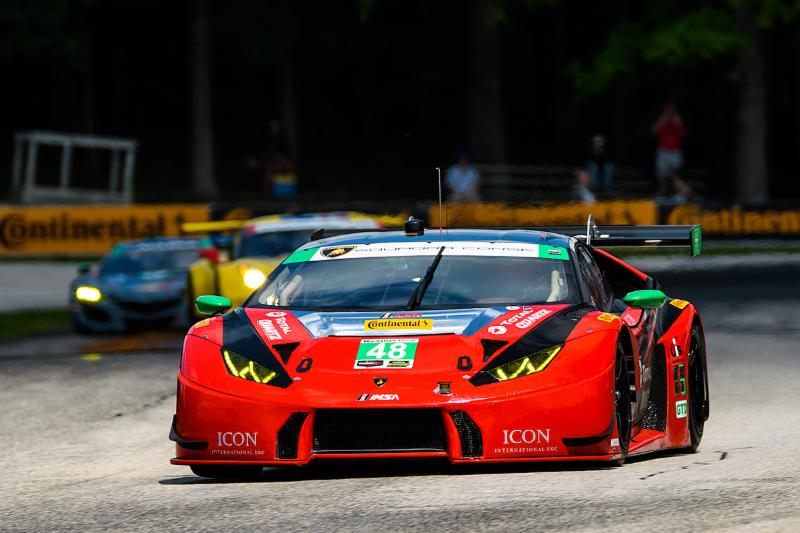 Snow and co-driver Bryan Sellers hold a ten point lead over the No. 86 Acura of Katherine Legge, having finished in the top four in all six races to date this season. The battle for the points resumes at Sunday’s green flag, with live coverage on FS1 starting at 1:35PM Central. IMSA Radio will also offer live audio coverage all day, starting with the 8:30AM warm up session. For all event information, visit imsa.com.

Qualifying in third is a good spot for us. I had a faster lap going when the red flag came out, but at the end, it could have saved us from anyone else who had a faster lap. It’s the best we’ve placed on the time sheets so far this weekend. We definitely have a good race car even through we’re not first in qualifying, we’re still up near the front.

Bryan Sellers
That was a good qualifying effort from Madison. Luckily it’s a lot better than what we thought we were going to do. We made some changes before qualifying, and it looks like those improved the car. He was able to get a lap in early, which was very beneficial for us. Now we’ll focus forward on what we need to do to make sure we have a good car for the race.