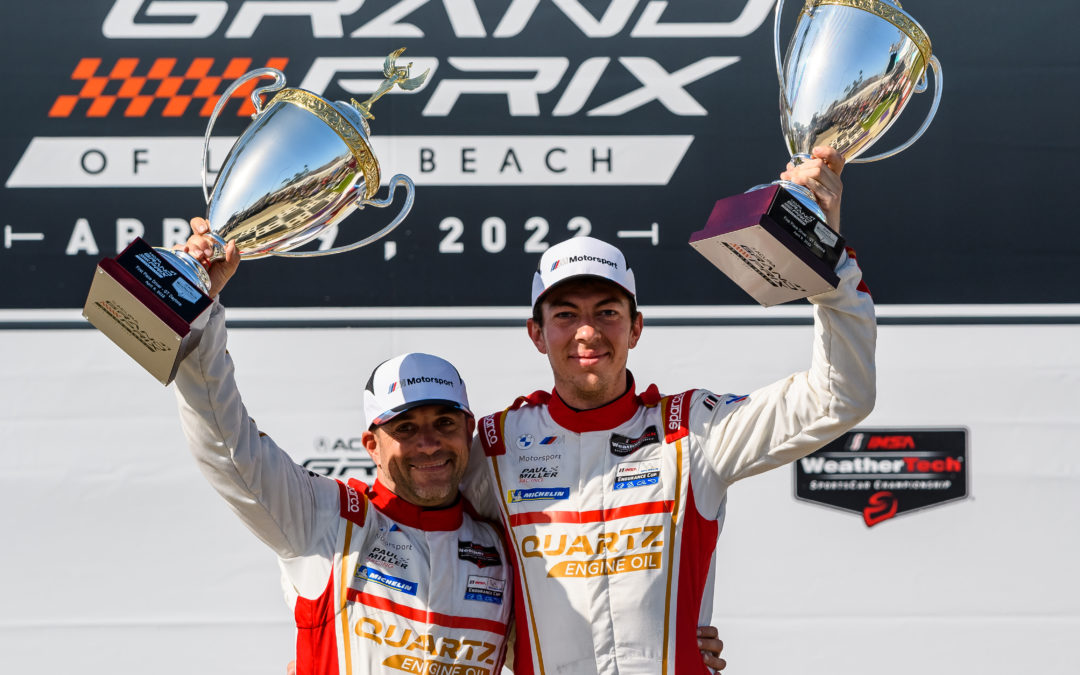 LONG BEACH, CA (Saturday, April 9, 2022) — The No. 1 Paul Miller Racing duo of Madison Snow and Bryan Sellers took victory today at the Grand Prix of Long Beach, marking the second consecutive year the pair has scored the win on the Southern California streets.

Leading from a track-record pole position, Madison Snow maintained P1 for his entire stint, keeping a GTD Pro car between him and the remainder of the IMSA WeatherTech SportsCar Championship GTD field and allowing him to pull out a sizable lead by the time he pitted to hand over to co-driver Bryan Sellers.

Through an excellent stop from the team, the No. 1 BMW M4 GT3 was able to cycle back to the front of the field, where Sellers would maintain position for the remainder of the race. Despite mounting pressure from behind and three restarts in the latter portion of the race, Sellers would cross the line with a 1.8-second gap to second place. The Quartz Engine Oil-backed machine led 67 of 69 laps during the 100-minute event, giving up the lead only during the pit stop sequence.

The victory marks the second consecutive year that the Paul Miller Racing team has taken victory at Long Beach, with Sellers and Snow also winning from pole at the 2021 event back in September—as well as their first win with the all-new BMW M4 GT3 platform in only their second-ever race with the car. 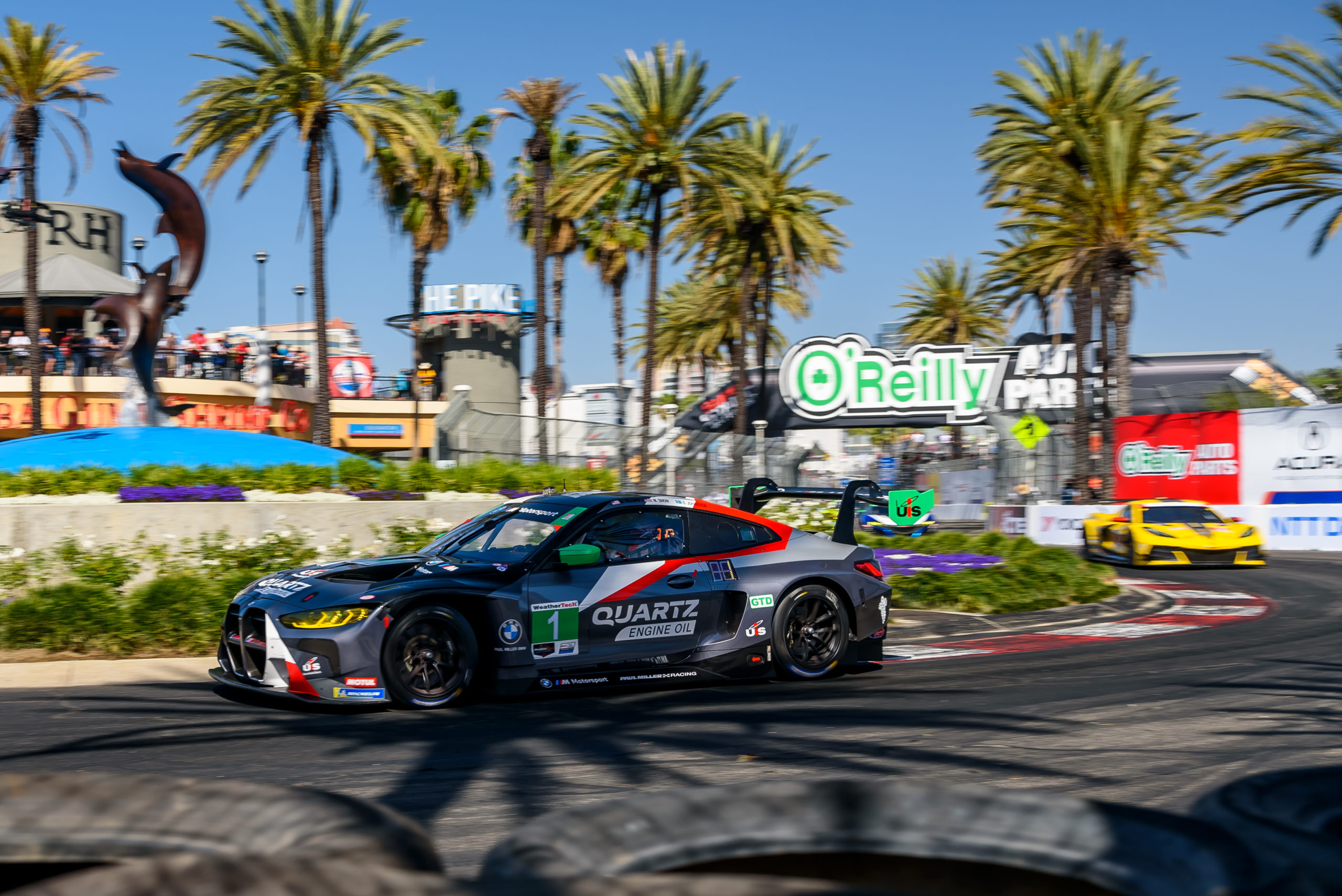 The victory puts the team in the lead of the IMSA Sprint Cup Championship, a championship-within-a-championship awarded to the team and drivers that collect the most points in races of two hours and 40-minutes or less.

“What I’m extremely happy about is that this is only our second race with the BMW M4; for us to learn the car this quickly is a massive testament to our entire organization. We figured this would be a learning year for us, so to win and win so quickly has exceeded all expectations.

“The team did a great job making sure this car was race-ready and executed all weekend. And the drivers were absolutely flawless. It’s great to come back to Long Beach and win again!”

Next, the IMSA WeatherTech SportsCar Championship heads to Monterey, California, for the second round of the Sprint Cup at WeatherTech Raceway Laguna Seca April 29-May 1.

Madison Snow
“Back-to-back wins at Long Beach! We’ve raced at Long Beach three times and have three poles and two wins here; it really doesn’t get much better! This is one of the shortest races we compete at all year, and it’s one of the best we get to race at. Long Beach is a special event, it’s once a year, there’s a lot of history, and it’s a challenge because there’s not much practice. It’s really special to win at a street course, and that makes it a lot tougher as well. We have the BMW this year, and this is only our second race for Paul Miller Racing in the BMW and so it’s a lot to learn for a street course. You almost want a street course to be the last race you go to with a new car! But, we did a lot of work, and this Paul Miller Racing team did everything we could, and it was enough. That’s what got us this win!”

Bryan Sellers
“It’s just a really cool day. It was pretty amazing how far we’ve come in a short amount of time with BMW as our new manufacturer. I’m super proud of our guys on this team. Today was a hard-fought day. It looked like it was going to be comfortably in hand for a lot of the race and then it went yellow…and yellow…and yellow. Anytime that happens, it changes the complexity of the race so drastically. I knew we had a good enough car to hang on, but you just don’t know how many good restarts you can get before someone is able to get past you. I’m glad we went green at the end there for a little while and could get some breathing room to the No. 66—Mario Farnbacher is not a guy you want tucked right up behind you at the end of the race! He usually finds a way to get it done! I just put my head down and tried to do as many qualifying laps as I could in that situation. But, really, I’m just super proud of our guys. It was a great team day—I love seeing their faces after we win a race. To me, that’s the best part.”