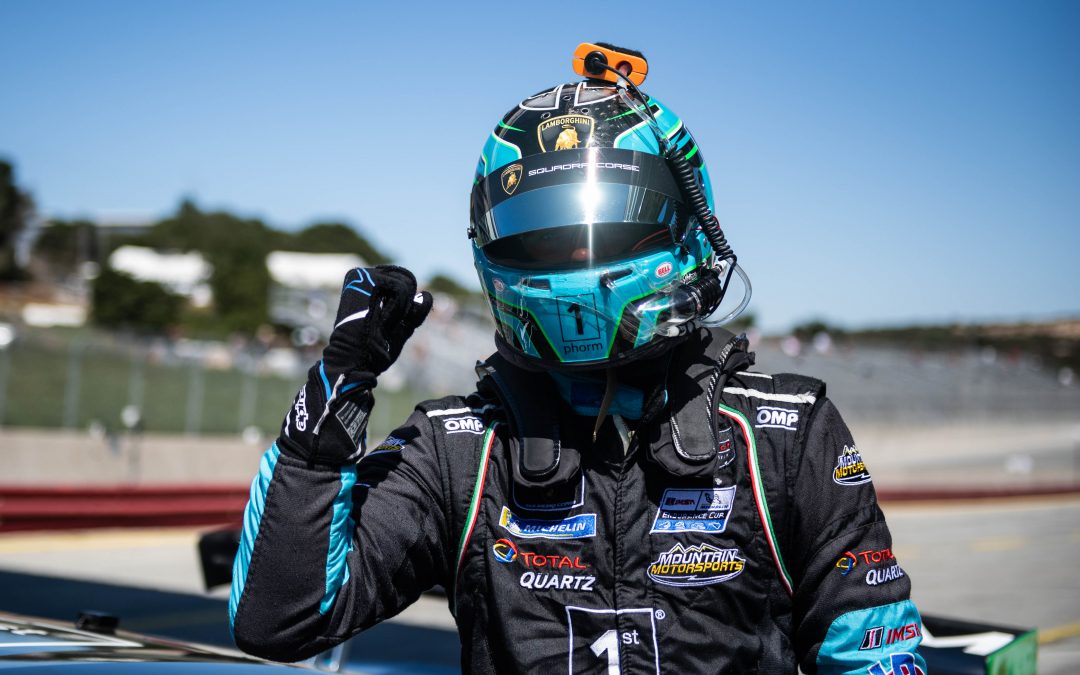 Paul Miller Racing has scored its first pole position of the 2019 IMSA WeatherTech SportsCar Championship season with Corey Lewis setting the fastest time in the GTD class in the penultimate round of the championship.

Lewis stopped the clocks at 1 minute, 24.962 seconds at WeatherTech Raceway Laguna Seca – clinching the top spot by .101 of a second.

The 27-year-old Pennsylvania racer will now lead the field to the green flag aboard the 1st Phorm / Total Lubricants-sponsored Lamborghini in tomorrow’s two-hour, 40-minute race.

Lewis and teammate Bryan Sellers impressed in all three practice sessions so far this weekend – leading the times in both of yesterday’s practice sessions and finishing second-fastest in this morning’s final practice.

The Paul Miller Racing driver set the pole position on the final lap after the 15-minute session was red-flagged for a single-car crash at the bottom of the famous Laguna Seca corkscrew. Once the session was restarted, there were four minutes on the clock but that’s all Lewis needed to put the Lamborghini Huracán GT3 EVO on the pole.

“Corey, Bryan and the entire team have done an awesome job so far this weekend and we’re thrilled to be starting on pole tomorrow,” Paul Miller Racing founder, Paul Miller said.

“But, the real job starts now. We’re chasing a race win here at Laguna Seca and the entire team will be doing their utmost to make that happen tomorrow.

“It looks like we have a really strong package but the race win is what we came here for so we’ll be going all out to make that happen on Sunday.”

Tomorrow’s race will be televised live on NBC starting at 3pm Eastern time. The two-hour, 40-minute race can also be followed on IMSA.com with live timing/scoring and radio. 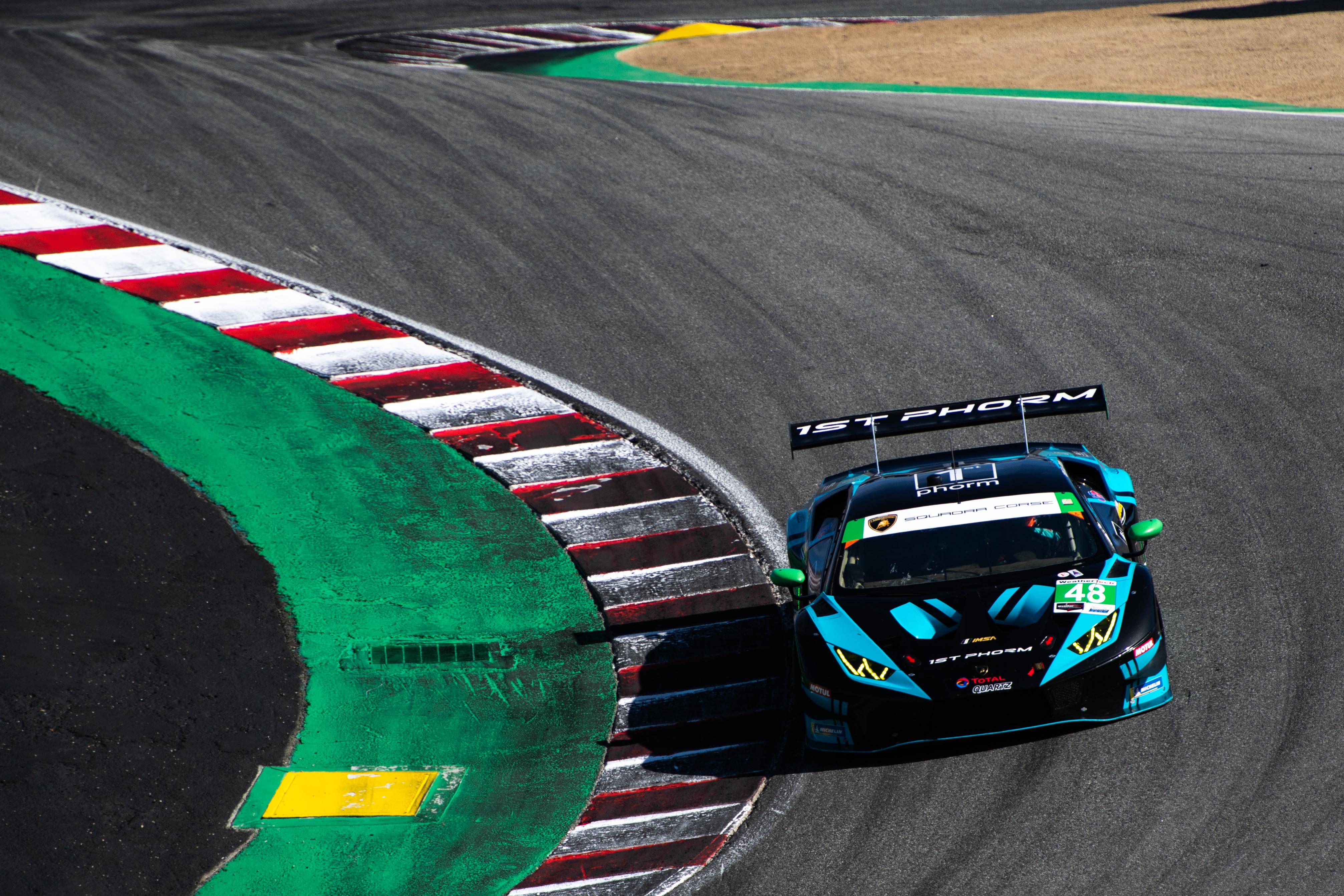 Corey Lewis
“I’m beyond ecstatic for the first pole position for myself and for the team for the season.
“Bryan and I have been working great all weekend long, the team has given us exactly what we’ve needed both on and off the racetrack.
“We’ve got one more box to check off tomorrow, in the main race where we’d love to end up on the top step, but I thinktomorrowmay be a bit of a challenge because of the heat and making sure we keep the rear tires underneath us.
“I think everyone will be struggling with the same thing but I’m extremely happy with how today went and we’ll focus on tomorrow, tomorrow.” 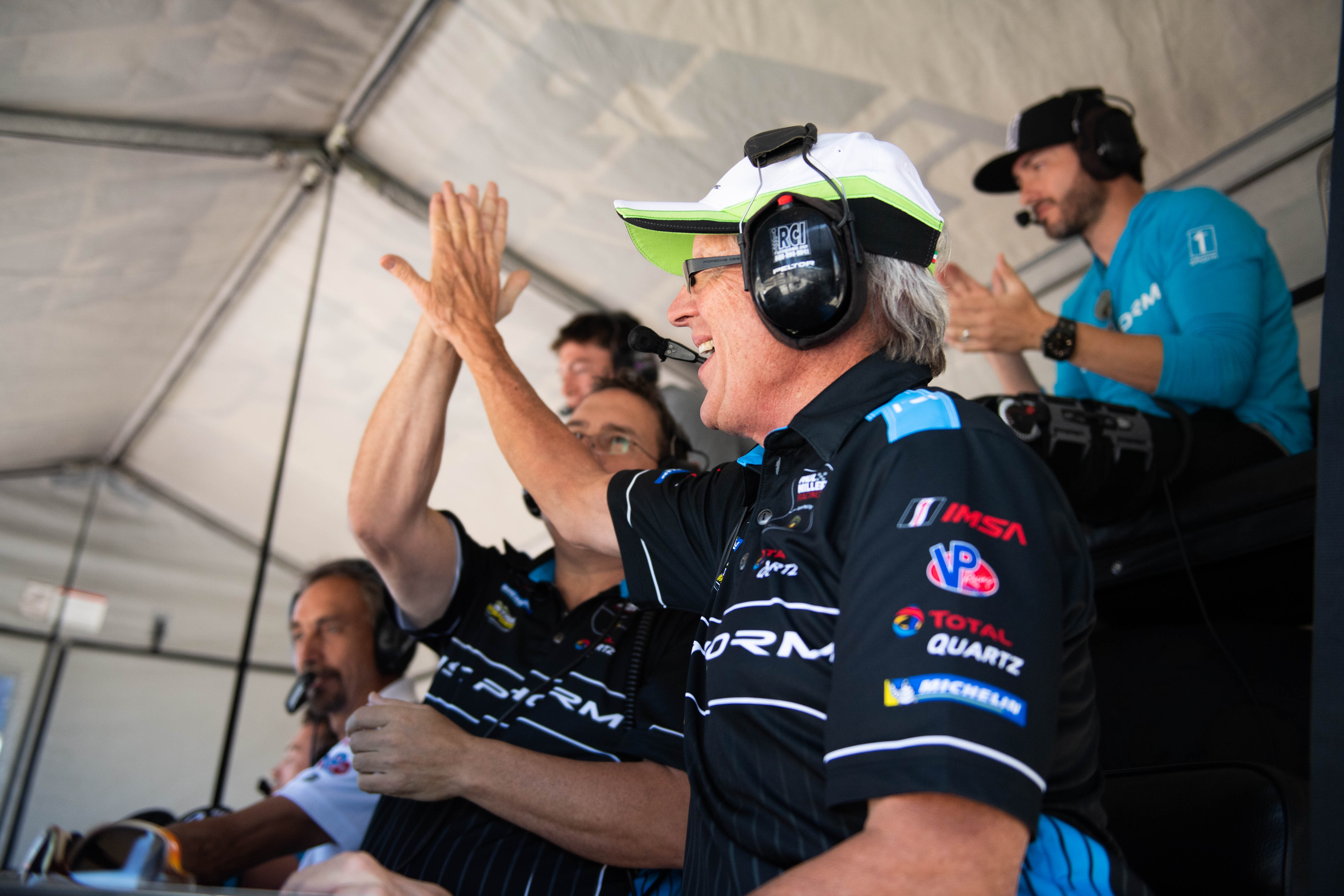 First career @IMSA pole for @CoreyLewis39!
Hear from your #MontereyGP GTD pole winner about the session and about his expectations for tomorrow. pic.twitter.com/kEQaTjbUJF