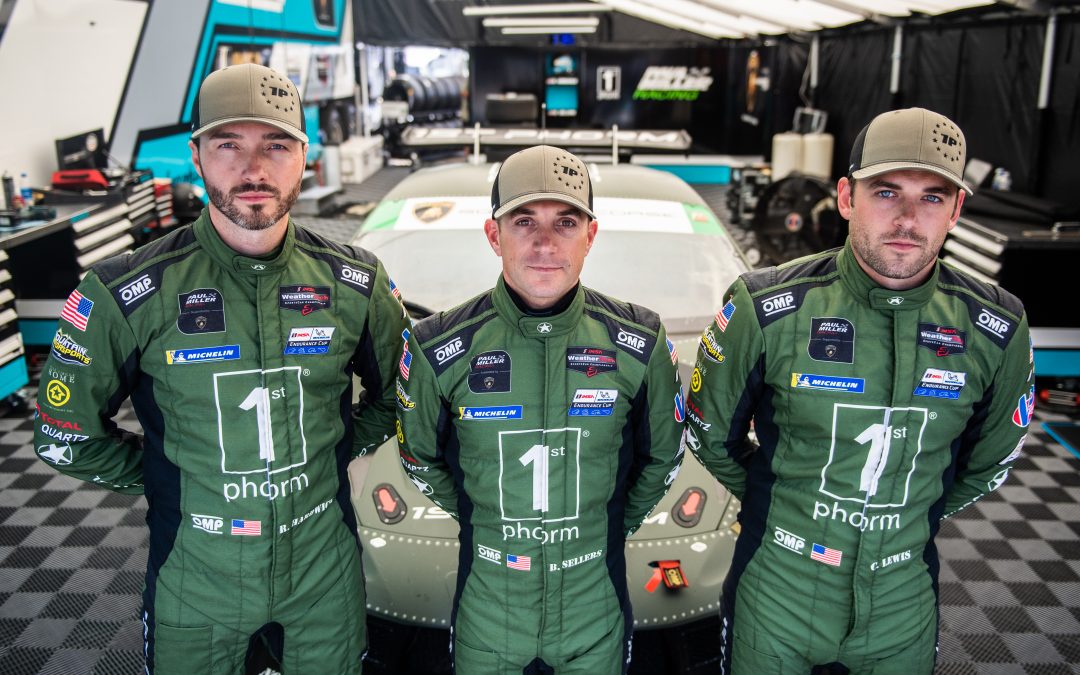 Paul Miller Racing’s military-inspired livery is ready for action in tomorrow’s Sahlen’s Six Hours at The Glen after completing practice and qualifying at the historic New York circuit.

The team’s reveal of its military green livery on their No. 48 1st Phorm, Total Lubricants-backed Lamborghini on Tuesday was Paul Miller Racing’s biggest ever social media post – now fans have seen it in the flesh, the level of support for the IMSA WeatherTech SportsCar Championship team’s efforts has risen to new levels.

The livery initiative was instigated by 1st Phorm in conjunction with the team and also showcases Paul Miller Racing’s support of the military charity, Full Circle Home. 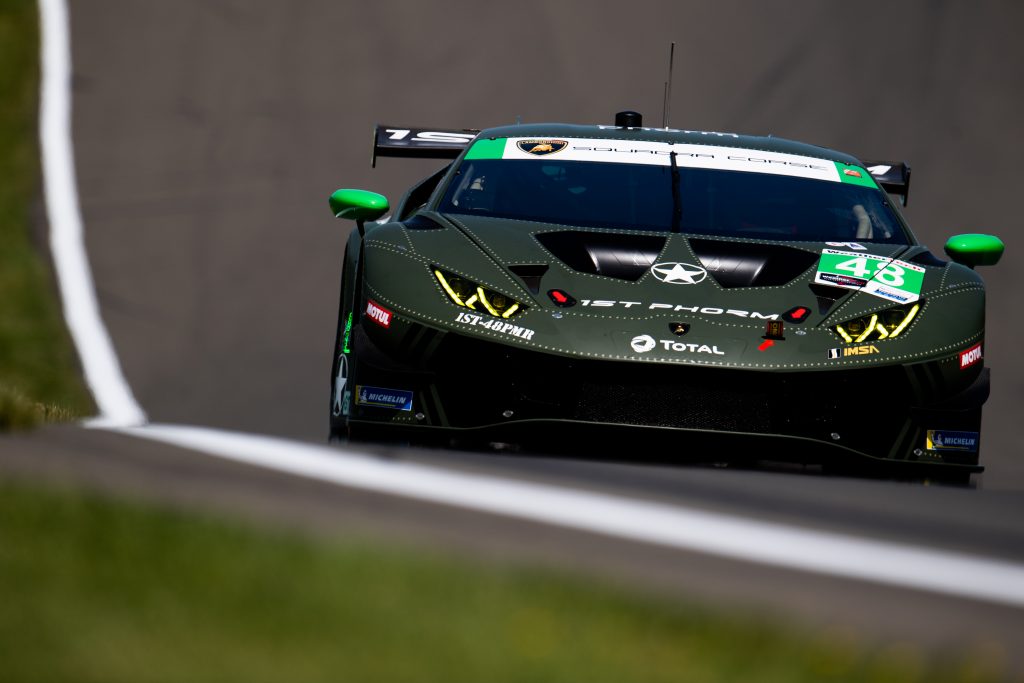 For tomorrow’s race, Paul Miller Racing welcomes back Corey Lewis to join regulars Bryan Sellers and Ryan Hardwick. Lewis has also showcased his prowess at “The Glen” this weekend a pair of victories in the Lamborghini Super Trofeo races.

Sellers, Hardwick and Lewis have their sights set on a strong finish tomorrow after disappointing long-distance races in Daytona and Sebring. Sellers and Hardwick bounced back with a podium finish at Mid-Ohio – now the Super Trofeo ace Lewis wants to help the team’s regular duo score their second podium of the year tomorrow. 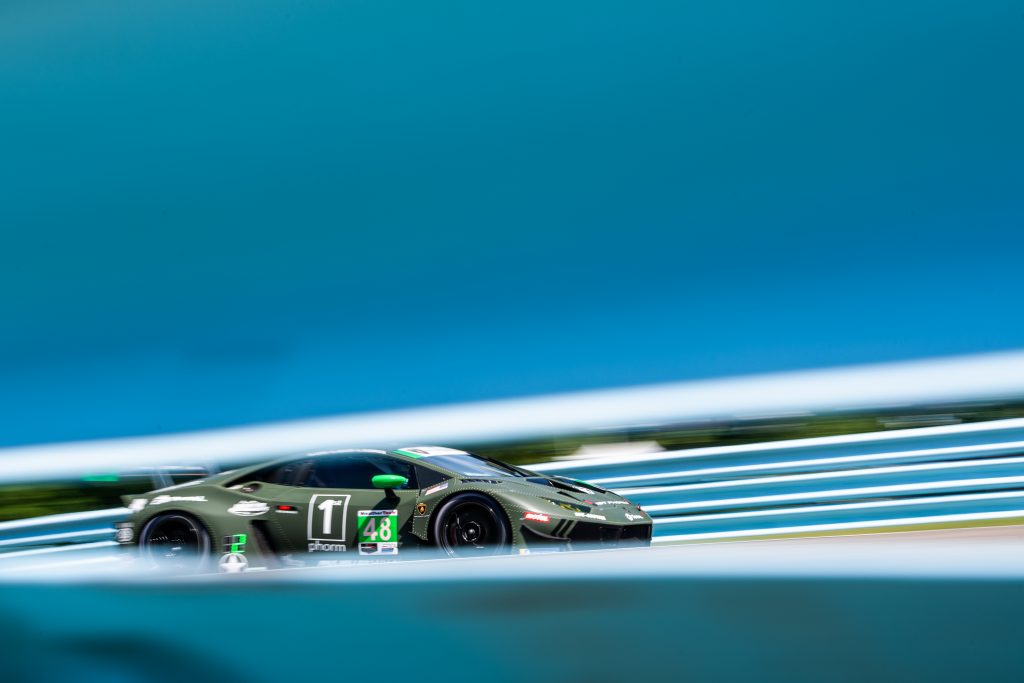 After rain in final practice this morning at Watkins Glen, weather could again play a role in tomorrow’s six-hour battle. Forecasts predict a 35-40 percent chance of rain after 9:00 am on race day. Teams will greet the green flag at 9:45 am.

Fans in the US can watch the full six hours on the NBC Sports App. International fans can watch in full on IMSA.com A three-hour highlights show will air in the US on NBCSN from 7 pm to 10 pm Sunday evening.

Ryan Hardwick
“It’s awesome being here at Watkins Glen, especially this weekend as our team has come together with our sponsor 1st Phorm to do something special and honor our first responders and military.
“The response has been great – we’ve had so many current and previous Army, Navy, Marines and Coast Guard members stop by and say how special the car is. It’s been great for the team to have a chance to say how grateful we have in just a small way.
“Qualifying this morning was a bit rough for us, we didn’t have as much time on track as we wanted this morning with the rain limiting the track time.
“For qualifying, we took a shot at the car set-up and just missed it, but we learned and have made changes. I’m really looking forward to the six-hour race.
“I’ve had a lot of success here in Lamborghini Super Trofeo and was able to run this weekend in the series with Chad Reed, the Supercross champion. I’ve won here before and we were on the podium for both races this weekend, so we know how to get around this place.”