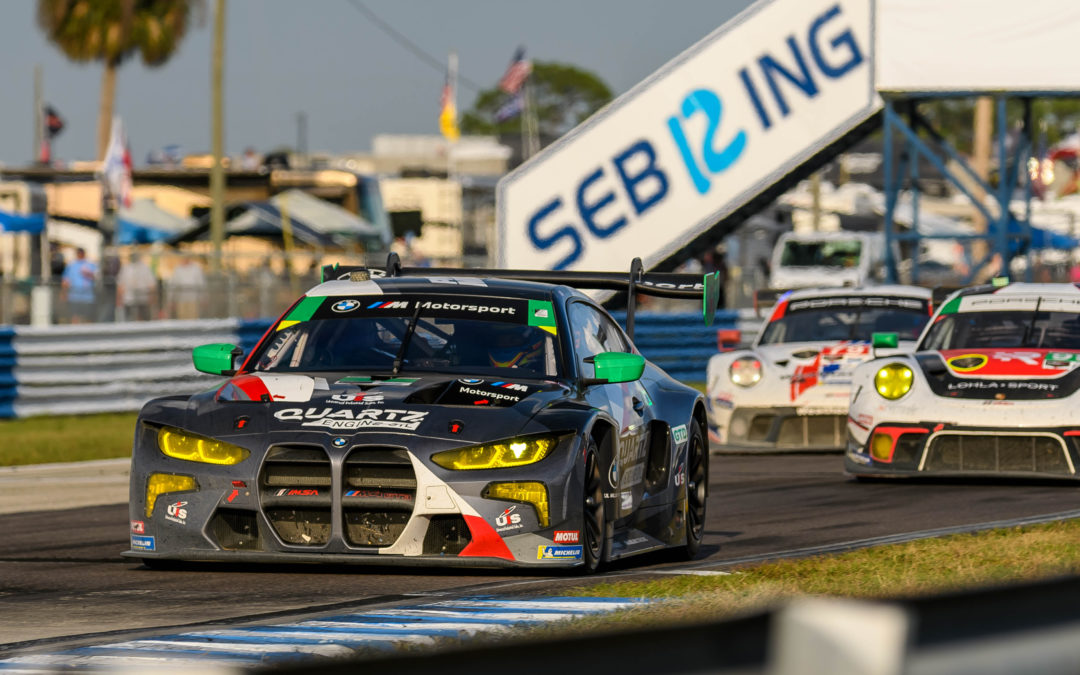 SEBRING, FL (Saturday, March 19, 2022) — Paul Miller Racing got their 2022 IMSA WeatherTech SportsCar Championship off to an incredible start—leading in the opening stages of the 12 Hours of Sebring in the team’s BMW debut—before prototype contact took them out of contention.

Madison Snow started third in the No. 1 Quartz Engine Oil M4 GT3, and worked his way up to the lead before the first pit stop. The team was able to execute the stop flawlessly, and Snow’s co-driver Bryan Sellers would hang on to the top spot for his entire stint.

However, an incident shortly after handing over to the team’s endurance driver, Erik Johansson, would halt the team’s promising Sebring run.

Running in the second position, Johansson and another GTD car needed to take evasive action when a prototype spun on track. A second prototype approaching the incident scene failed to adequately slow for the situation ahead and made contact with the left rear of the M4.

The Paul Miller Racing team was forced behind the wall for repairs, returning to the track with more than six hours hours left in the race to further learn and develop the M4. The team would ultimately take the checkered flag in the 16th position. 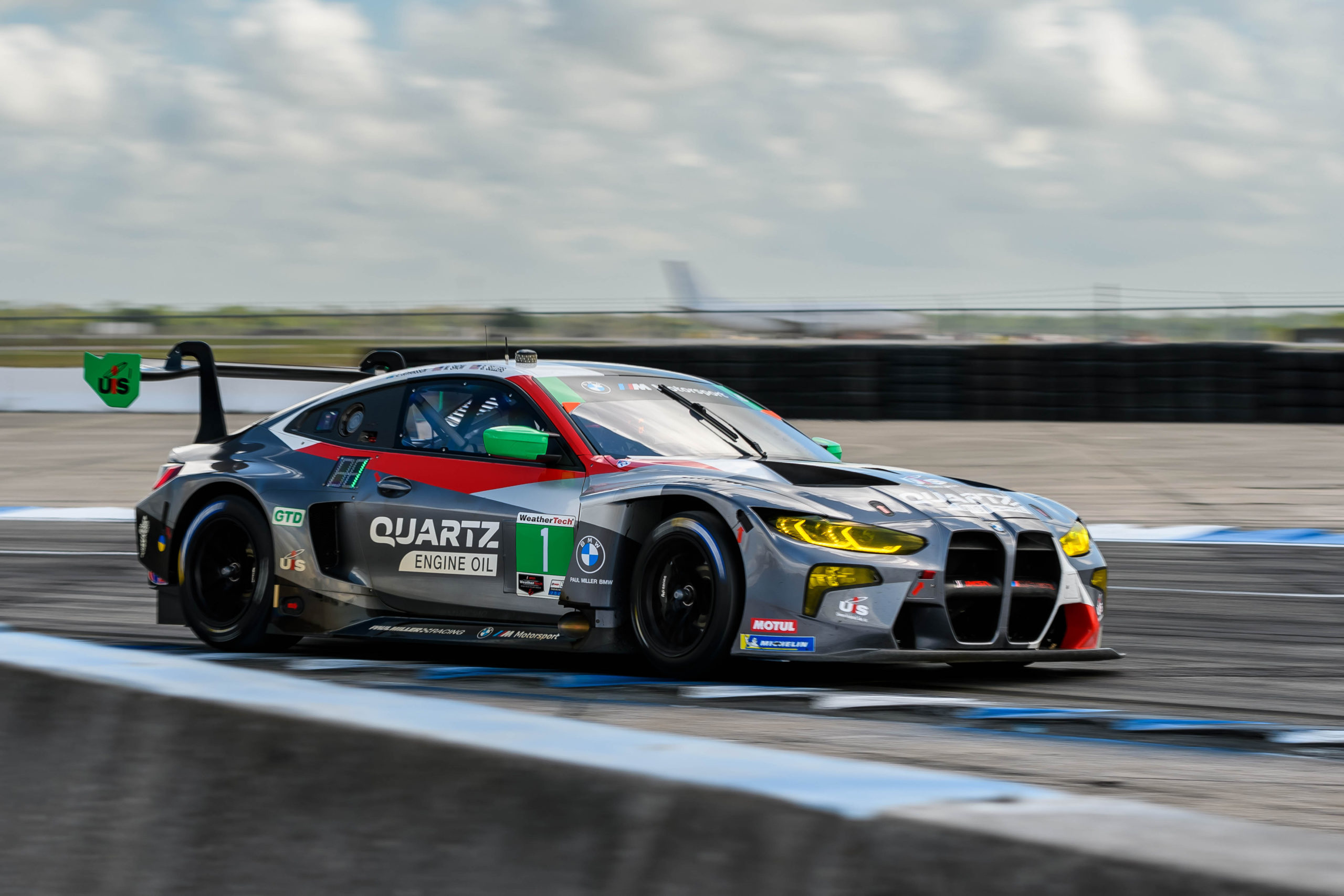 “Sebring is always a very tough track for everyone and will be a real show of endurance to get a good result there in our first race with the new car.

“That being said, I’ve been working with BMW a long time on the customer side, and they really build excellent cars. The team has enjoyed working on the new M4 GT3, and I have the utmost faith in our crew and in our three drivers to get it done.” 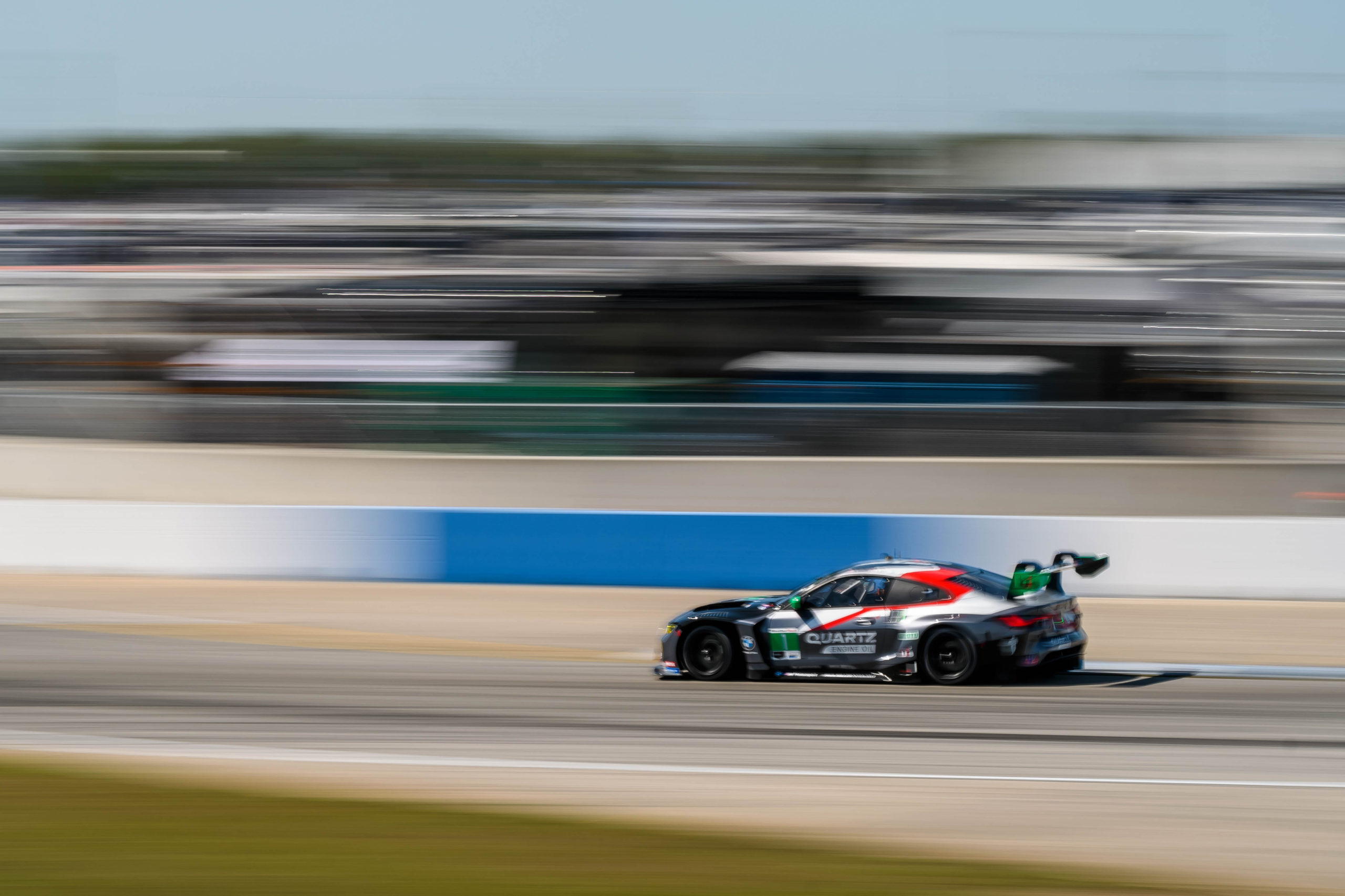 Madison Snow
“First race with the BMW started off really well! By the end of the first stint we were in the lead, we showed we had that potential and things were going really well. But, Sebring is a very long and unpredictable race and anything can happen. Unfortunately, we ended up getting hit from behind by a P2 driver just a few hours into the race. It’s the second race in a row that we’ve gotten caught up in prototype contact. It wasn’t the exact same, but both were largely unavoidable, and Erik did a great job to minimize the damage as much as he could. However, it still took us out of contention. That being said, we learned a lot about the new car today—there are so many things you can never learn in a test or in a practice session, things that you have to learn during a race. So, even though we didn’t get the finish that we wanted, we learned a huge amount for the rest of the year.”

Bryan Sellers
“Not a day we wanted! You can put a negative spin on things, or you can put a positive spin on things and I think in this situation we could do a little bit of both. We led 33 laps early in the race, which was extremely strong, and maybe a little bit unexpected, on our side. We showed good speed and good teamwork. But, then there’s the negative: the contact from the prototype that took us out of the race. It’s tough to see that happen, especially when you’ve been leading. The positive after that is that we learned a lot, and a lot of things that we wouldn’t have learned otherwise, and right now a big thing for us is to continue to collect information. The crew were kind of thrown into the deep end with this new car, and they were able to get it fixed and turned around and back on track, so huge thank you to them. We’re behind compared to the field already just in terms of on-track time, so for them to get us back on track was extremely important and I’m proud of them for that. Not backing down is exactly what this team stands for, even on the days where you finish at the back.”

Erik Johansson
“The race was going really well! We were in the lead and fighting with some of the best cars out there before the contact. It’s a shame, because there was nothing I could really do. I was trying to avoid a spinning car up ahead when I just got hit by the prototype from behind. But, this crew worked so hard, they worked tirelessly to get us back out there. It’s still really important for all of us to get laps in the car and experience in the car for both us behind the wheel and for the crew. So, from that perspective, it was a really successful day. But, it’s still frustrating to not get the result when you know you could have challenged for it.”