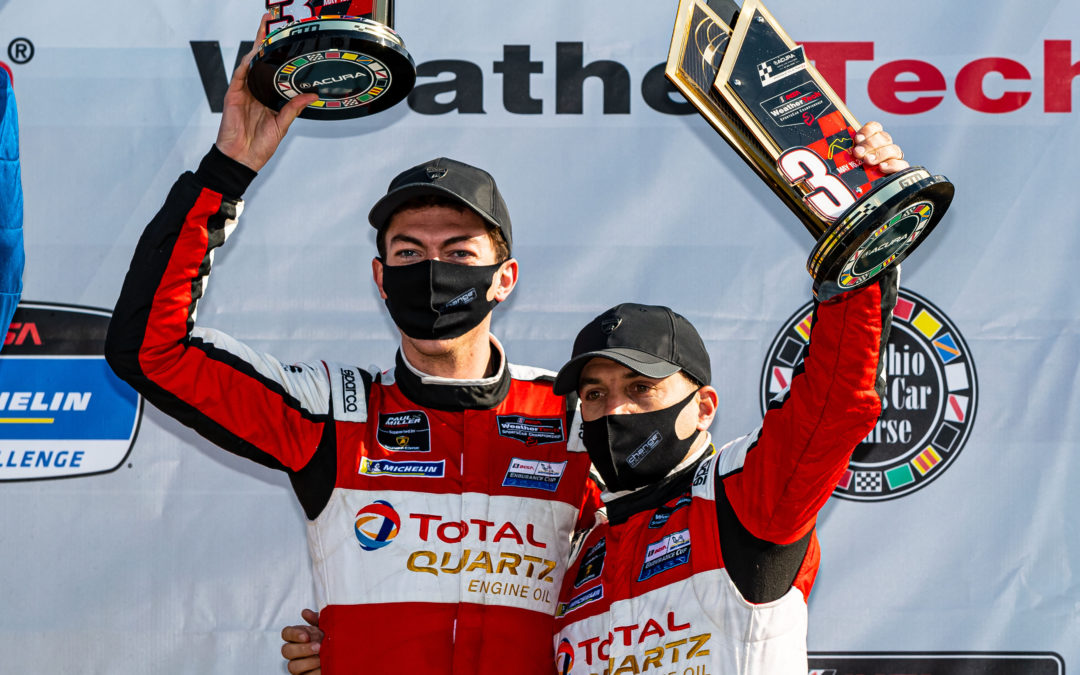 The No. 1 Total lubricants-backed Lamborghini Huracán GT3 EVO started the two-hour, 40-minute event in fifth position in the hands of Madison Snow.

Snow took control of the first stint, spending nearly 40 minutes defending against the No. 23’s attacks lap after lap. Eventually, as other cars stopped, Snow cycled to the lead, showing no rust around the 2.258-mile circuit despite not racing at Mid-Ohio since 2018.

After more than an hour on track, Snow handed over to full-season co-driver Bryan Sellers to take the car to the finish. Running through the middle stint mid-pack, the team called Sellers in moments before the race went yellow for the only time today with just over an hour left to run.

A perfectly executed pit stop by the Paul Miller Racing crew moved the Ohio native into the fourth position for the restart—a restart in which Sellers was able to get around the Aston Martin ahead in front and up into the third position where he would finish. 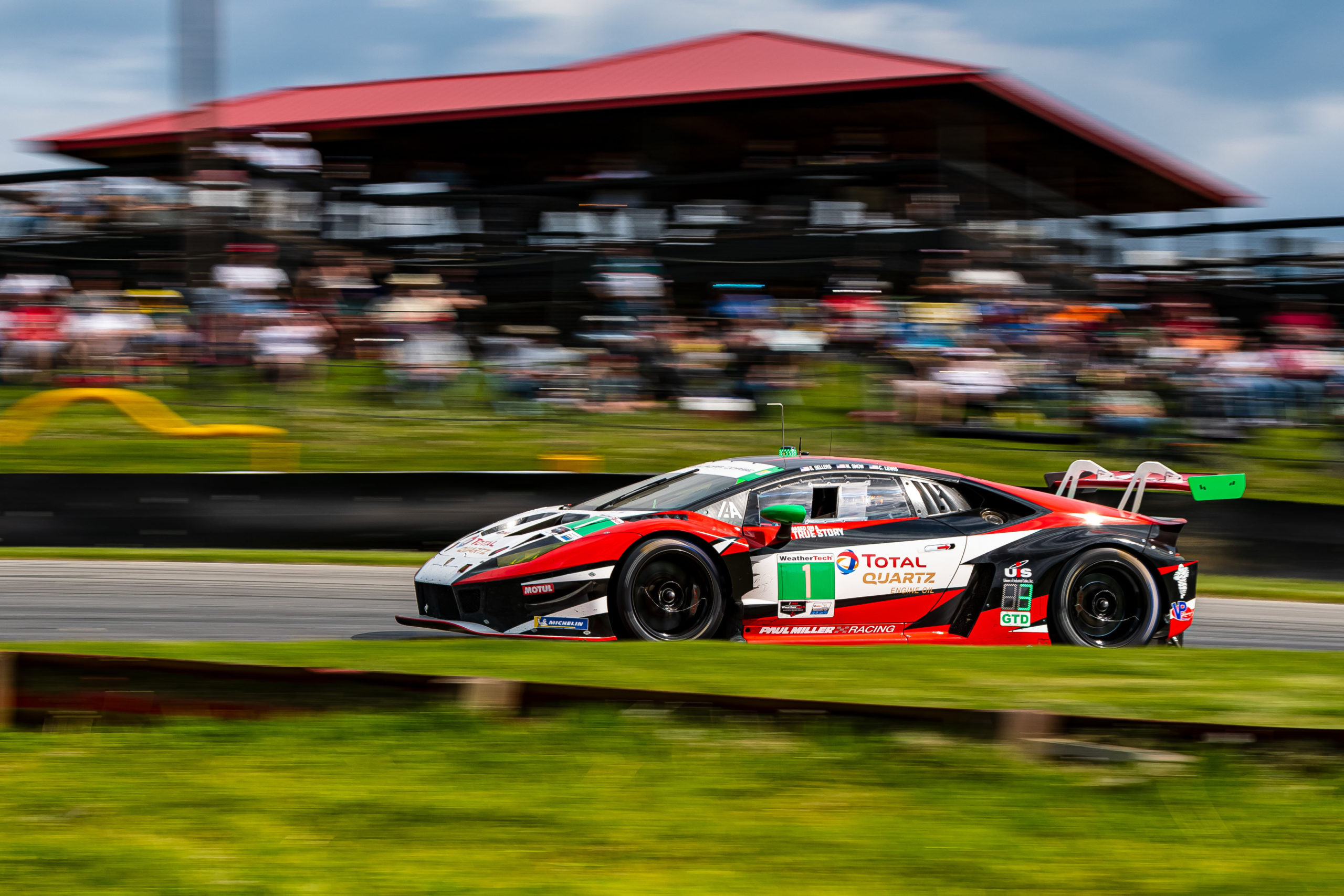 “This is a very satisfying result for us,” Paul Miller Racing founder, Paul Miller, said.

“The front-engined cars seemed to have a pretty sizable advantage around Mid-Ohio. The first four cars in qualifying were all front-engined, so we were pretty happy to be the ‘best of the mid and rear-engines’ in fifth yesterday and even happier to finish on the podium today.

“Today was all down to execution, the guys did a great job on strategy, the two pit stops today were fantastic, and Madison and Bryan both drove great races. Fortunately, executing to this level meant we were able to take advantage and move up a few spots as a result.”

This third-place finish marks three third places in three races since the IMSA WeatherTech SportsCar Championship returned to Mid-Ohio in 2018.

Snow and Sellers combined to finish third in that inaugural race. Additionally, Sellers finished third with then-co-driver Ryan Hardwick in 2019.

This is also the second podium finish for Paul Miller Racing in IMSA GTD competition in 2021, having scored a third place at the season-opening Rolex 24 at Daytona.

The IMSA WeatherTech SportsCar Championship next heads to Belle Isle for the Detroit Grand Prix June 11-12. 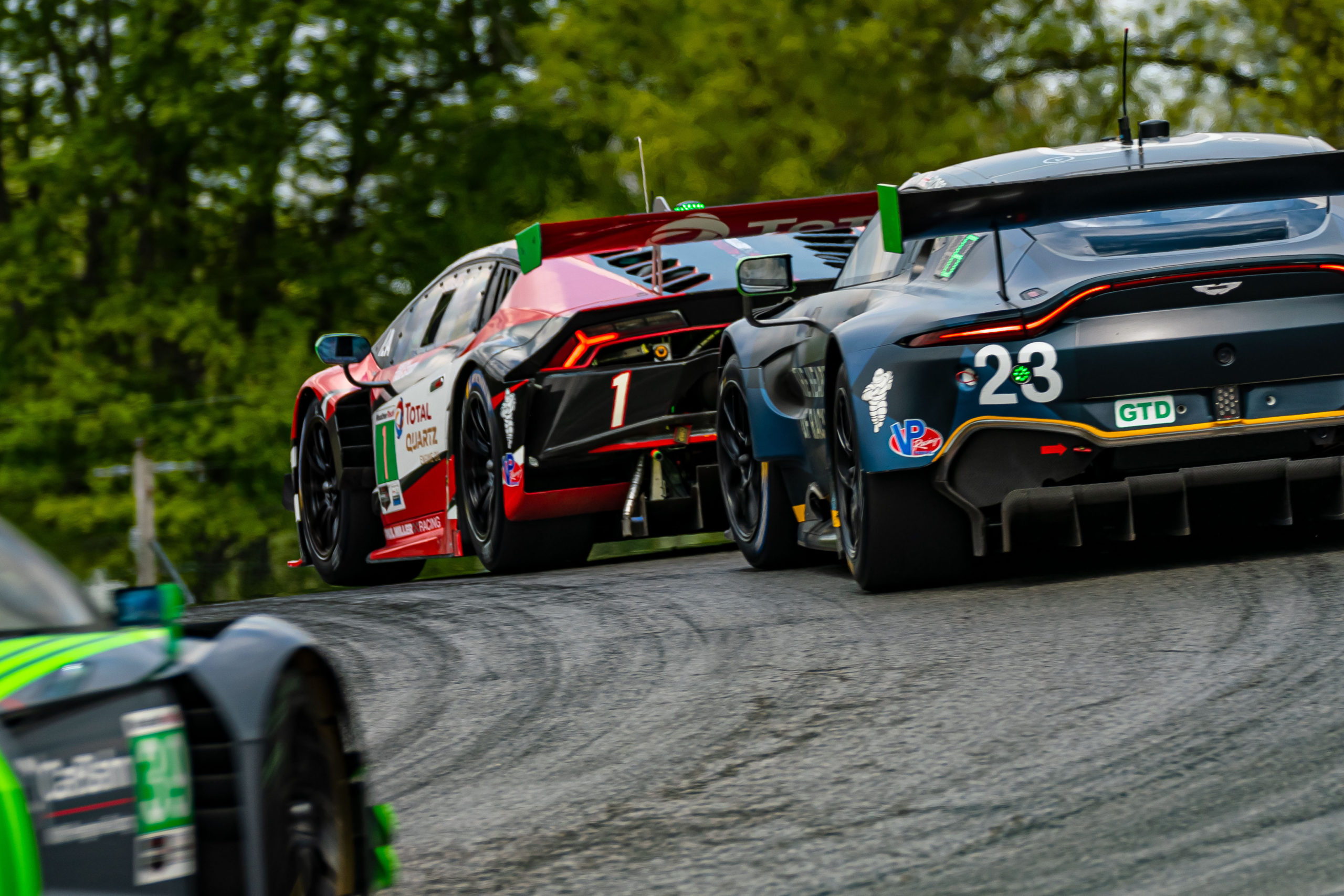 Madison Snow
“It’s the team’s third podium here, in three years running, and they’ve all been third positions! This is a really good track to race at, there were good battles out there the entire time, and our whole class was pretty close together. To end up on the podium shows what a great job we did executing throughout the entire race. Every pit stop, our strategy, and the driving on track, we did the best we could have done, and it was a good result for us.
“The whole first stint when I was in the car, I had the Aston on me, and he had a lot more speed on the straight. Thankfully, I was able to gain enough throughout the back section and stay a little bit ahead. But, no matter what I did, I could not drive away from him at all. He was trying to pass me into four every single lap, and usually into five, and six, and sometimes into two. I was able to keep him behind me for the majority of my run before we hit traffic. And after that, I cycled to the front, and it was all on Byan and the crew to finish the race off.”

Bryan Sellers
“It’s a pretty good feeling to be back on the podium after that one! For us, we thought if we could come away with a third, that was our maximum result, and we were able to do it. It’s pretty cool on days like today when it’s truly a team effort. Everything from strategy, to the guys doing tires and fuel, to Madison and I executing once we got out there was spot on. We knew we would have to go off-strategy to some of the other cars, and it worked out in the end, especially with that yellow in the middle of the race. It allowed us to duck in pretty early and get a quick fuel fill, and that put us in position to fight for the podium.
“I was fortunate on that restart. It appears that the Aston that was in front struggles to come up to temperature on cold tires, and that gave me an opportunity to get around him. From there, it was focus forward because, at the end of the race, I did not want to give that position back!”