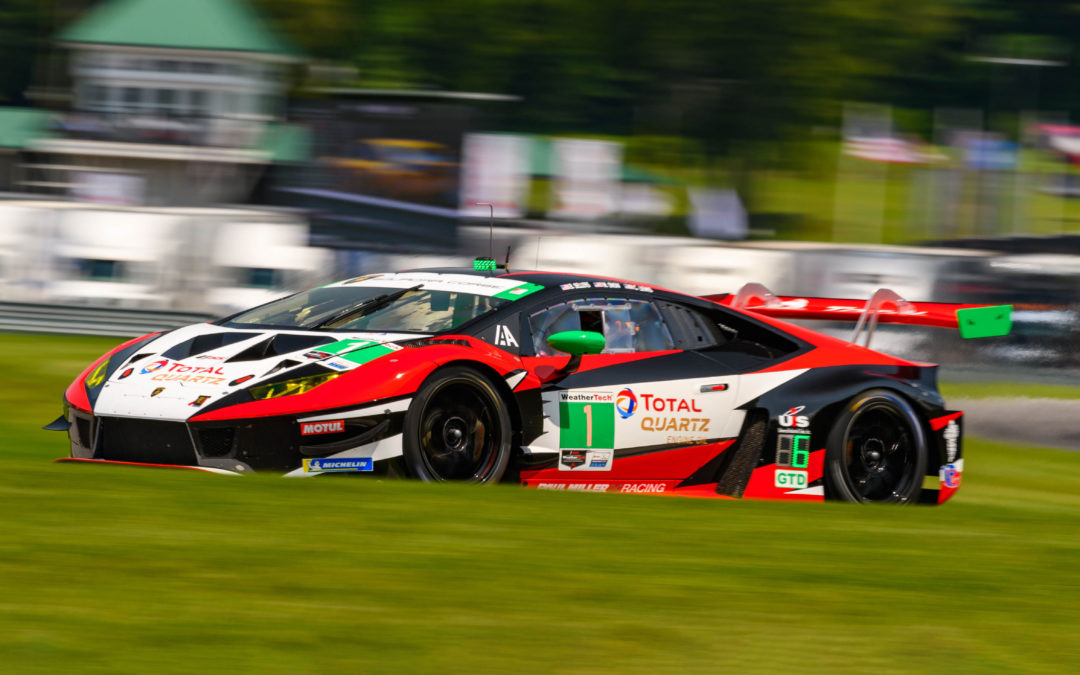 Starting fifth in the hands of Madison Snow, the Total lubricants-backed team used an off-sequence pit strategy to elevate themselves to second position in the second stint of the race. Despite being one of only two starting-stint drivers left out in the grueling heat and one of only a handful of ‘Am’ drivers amongst a field of ‘Pros,’ Snow held his own and maintained the second place position through the halfway point of the race.

Just past halfway, the two-hour, 40-minute IMSA WeatherTech SportsCar Championship event was put under a red-flag delay of at least 30 minutes for lightning in the area. It would not be resumed, leading to Snow and co-driver Bryan Sellers officially finishing the race in the second position.

Despite Sellers not running during the race, and the race not reaching full distance, both Sellers and Snow will receive full championship points for the race. 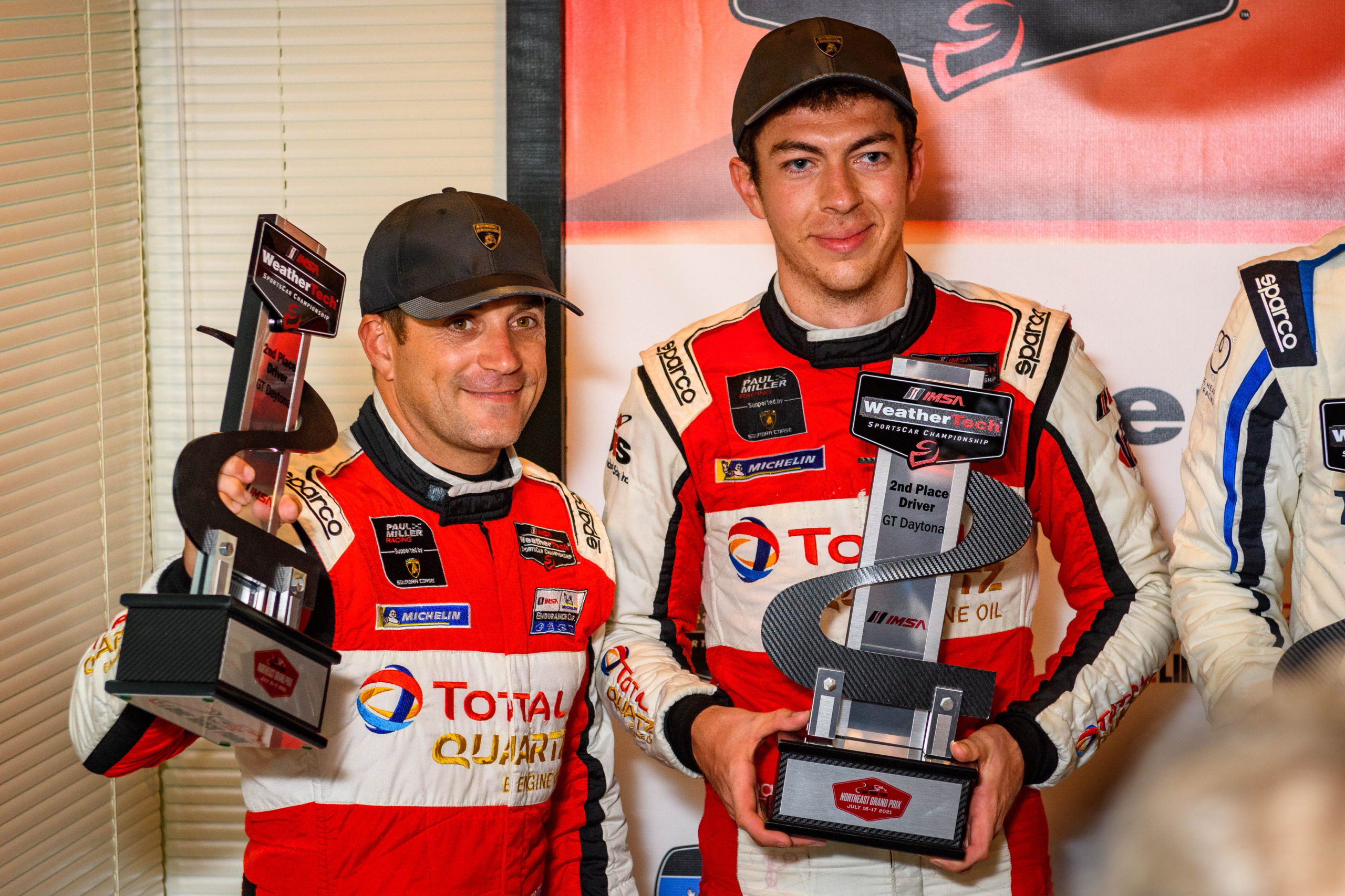 “This was not an easy race for the crew or the drivers, so I’m really proud of everyone on this team,” Paul Miller Racing team manager, Mitchell Simmons, said.

“It was incredibly hot and humid before the storm rolled through, and those aren’t easy conditions to work in. I’m especially proud of Madison today. He was out there in the heat, with a malfunctioning drinks bottle, as one of the only drivers double-stinting and as an ‘Am’ driver amongst ‘Pros’, and he really did a great job.”

The IMSA WeatherTech SportsCar Championship next goes from the shortest track on the grid—the 1.5-mile Lime Rock Park—to the longest, when the series rolls into the four-mile Road America circuit in Elkhart Lake, Wisconsin on August 6th-8th.

Madison Snow
“It was probably a weird race from the outside, but for me—until it ended—it was pretty normal! I got in there and drove; we made a strategy call that ended up being great, and adapted to the conditions. It really ended up working out for us, the car got better and better as the temperatures dropped and the rain got closer, and we had a good car to begin with. It wasn’t quite good enough to work our way through the field, but with the strategy call getting us up there, it was good enough to hold on to second place. Finishing on the podium is always good for the championship too!”

Bryan Sellers
“Today was really and truly a great team day. A race when you can do absolutely nothing and still end up on the podium is special! The only involvement I really had today is that they asked me what I thought about strategy, and I said it wasn’t a bad idea. The guys on the box did a great job today, and Madison did even better. He drove a perfect race. He put down fast laps when he needed to put down fast laps, and he created gaps when he needed to create gaps. The strategy call put us where it did, and after that it was up to Madison to hold on.”