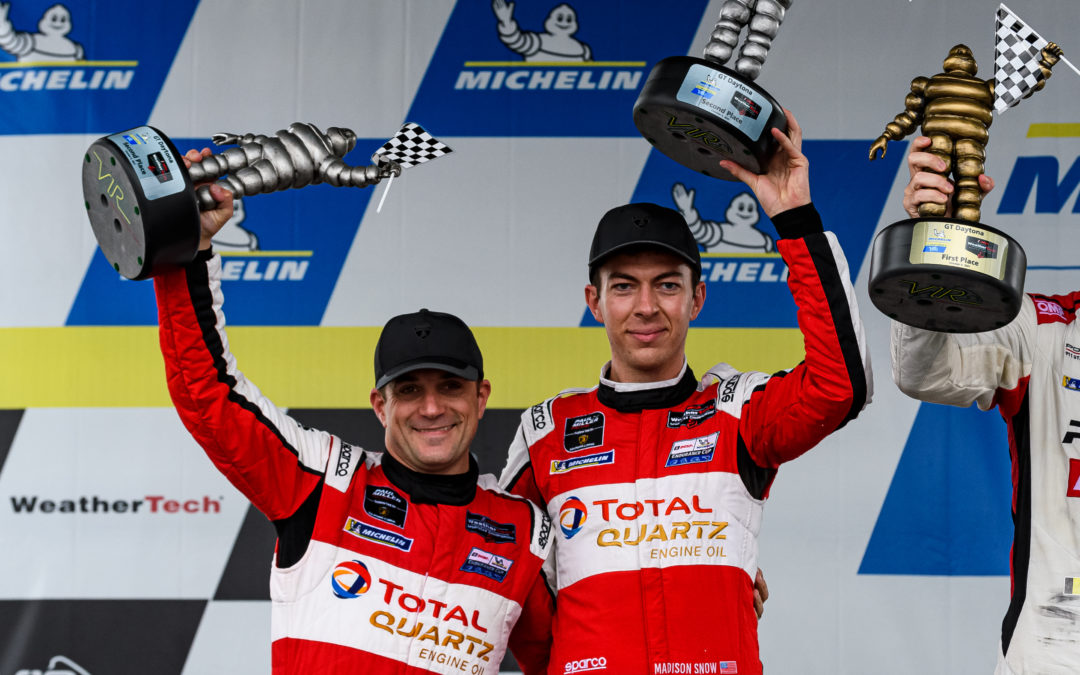 Starting on the front row, Madison Snow ran third for nearly the entirety of his stint before handing the No.1 Total lubricants-backed Lamborghini Huracán GT3 EVO over to co-driver Bryan Sellers after nearly an hour of running. The only yellow flag of the race came part way into Sellers’ first stint, when most of the front runners came in to pit, cycling him back into fourth position.

Great pit work by the team for a splash of fuel and rear tires at the end of the race, and an unfortunate incident for the BMW ahead, saw Sellers catapulted into second place in the IMSA WeatherTech SportsCar Championship GTD class. The team would ultimately cross the line in second, claiming their seventh podium finish from 11 races in 2021. 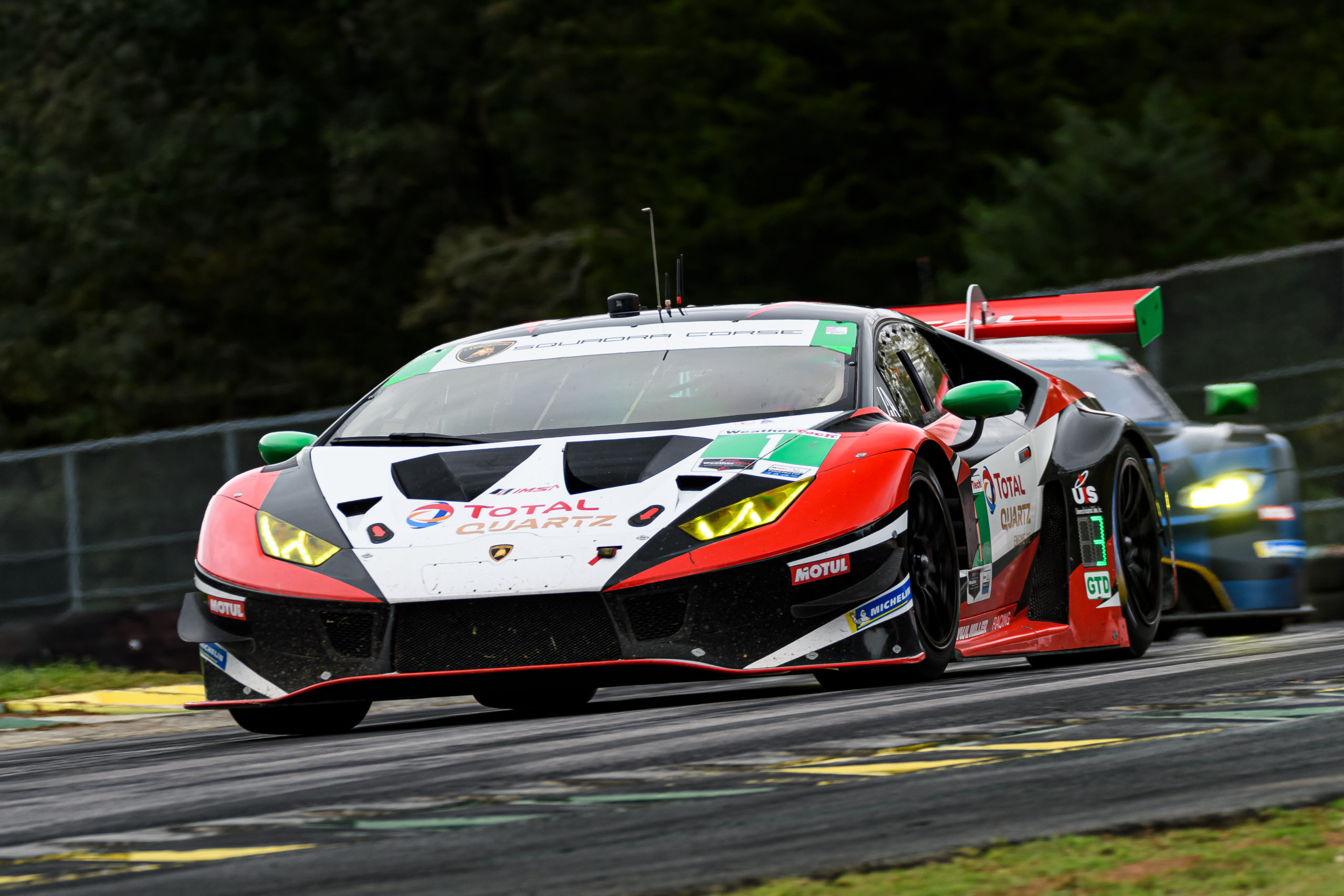 “These races are hard because second is absolutely a great result, but it’s hard not to be disappointed leaving VIR,” Paul Miller Racing team manager, Mitchell Simmons said.

“Our team did everything we could; the drivers were quick, the pit stops were perfect, the car handled well and didn’t eat up the tires too much. But, man, we really wanted to win this one.

“That being said, ultimately, we’re always happy to get a podium; it’s a great result for the team, especially given how hard everyone works to make it happen. Hopefully, we can just go one better next month at Petit.”

The Michelin GT Challenge at VIR marked the final race of the IMSA GTD Sprint Cup, for races two-hours, 40-minutes or shorter. The Paul Miller Racing team finished second in points in that championship race.

The IMSA WeatherTech SportsCar Championship is back in action on November 11th at Paul Miller Racing’s home track of Michelin Raceway Road Atlanta for the 10-hour Petit Le Mans. Petit will bring an end to both the regular season and Michelin Endurance Cup championships—the No. 1 team currently sits second in both.

Madison Snow
“It was a good race! We started second; I didn’t do great at the start, the BMW had a really good run and even got ahead of one of the GTLM cars and that was what gave him a bit of a gap and allowed him to drive away a little bit. I sat there in second for a bit before I got passed by the Audi, and I ended up following that car for the rest of my stint. The three of us were really close though, we were able to pull out a pretty good gap on the fourth, fifth, and sixth place cars before we came in to pit. I could keep pace with the guys in front, but it’s pretty hard to pass here and so we were still in third when I handed over to Bryan. Bryan also ran a great race, but ultimately it was the crew that really put us in place to move up a position and score second.”

Bryan Sellers
“Today was a great team race. As usual, Madison put in a great opening stint that set us up to get this result at the finish. We had good pace and good strategy; we were just missing a little bit to the BMW and the Porsche—we were really close. The reality is, we were fortunate because we probably should have been third today, but the incident between the BMW and the Corvette gave us second. You have to take those opportunities when you can get them, but, more importantly, you have to be in a position to take advantage of those things when they happen, and we definitely put ourselves there today. I thought we drove a great race; everybody top to bottom was really strong. We have one more left, and we have to make sure we come with everything that final round because the No. 9 car has proven that’s their plan.”