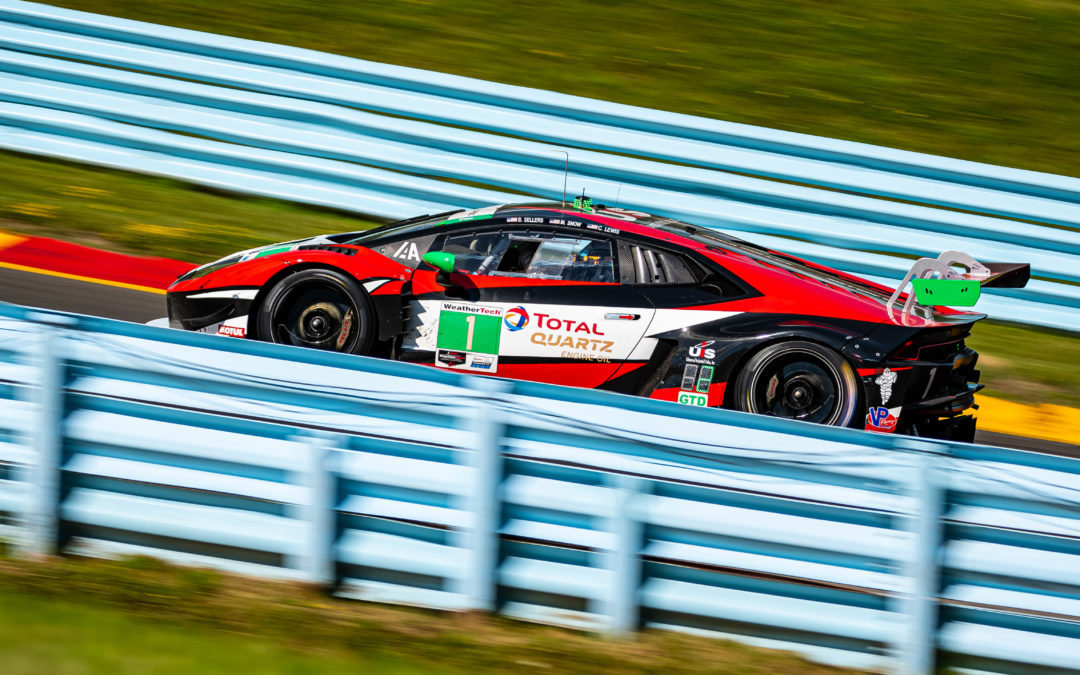 WATKINS GLEN, NY (Sunday, June 27, 2021) — The Paul Miller Racing trio of Madison Snow, Bryan Sellers, and Corey Lewis returned to the podium this weekend as the No. 1 Total lubricants-backed Lamborghini squad scored second place in the Sahlen’s Six Hours of The Glen.

The team started at the back of the field after a post-qualifying engine change, with the crew working until after 10:00 PM the night before the race to ensure the No. 1 was ready. An early, off-sequence pit stop, as well as passes through the field, assisted Snow, Sellers, and Lewis on their charge to the front.

The strategy almost came unfurled when a late-race yellow pushed Sellers, who was in the car at the time, down to the fifth position. But, within two laps of going green, the No. 1 was back in podium contention and up in the second position, where the Lamborghini Huracán GT3 EVO would eventually finish. 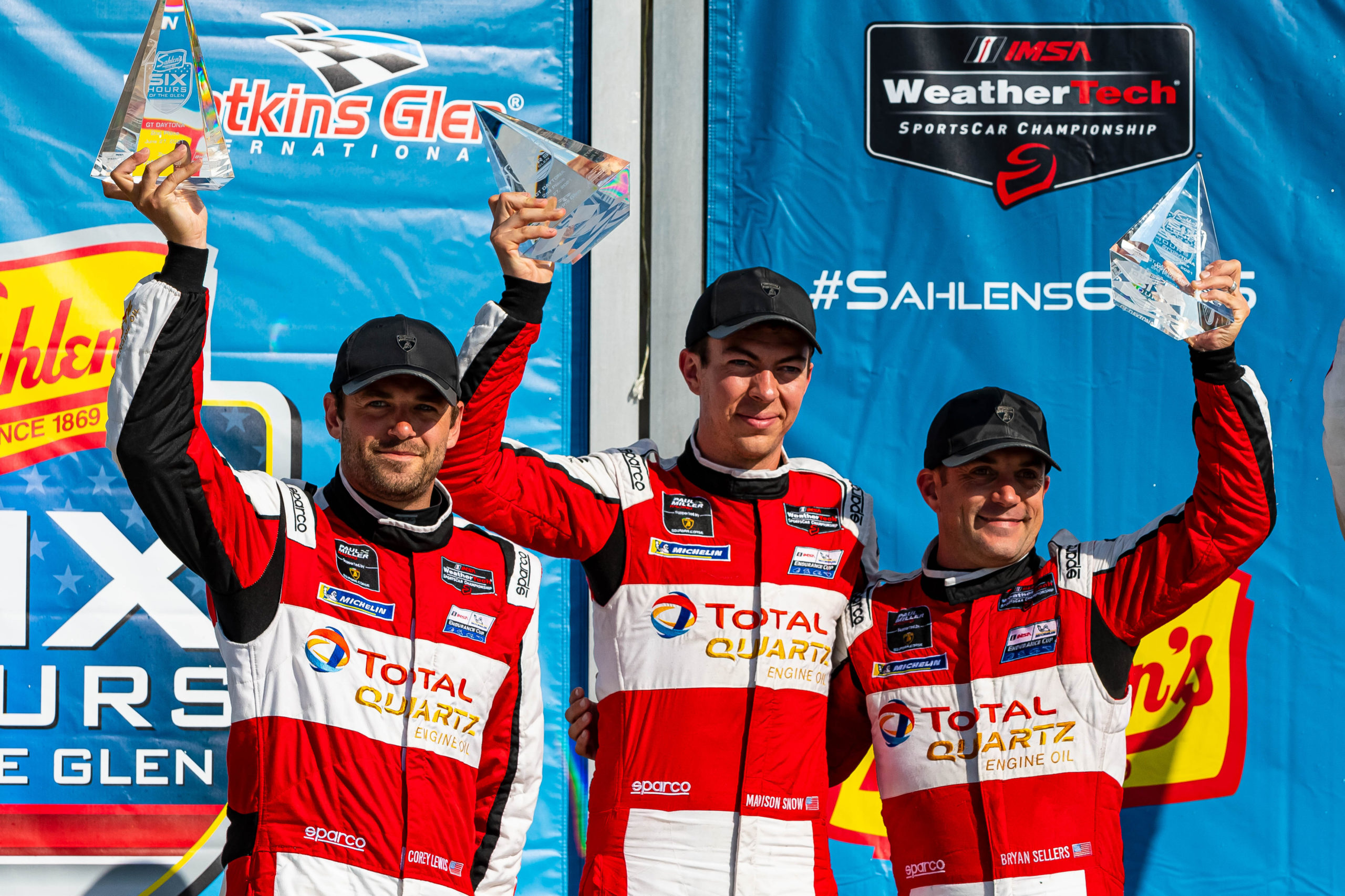 “We made some kind of risky calls during the race, but our team executed incredibly well, and they all ended up paying off in the end.

“I really have to tip my hat to Bryan as well; his driving in the last hour is what really sealed the deal for us. I’m not sure our car had the outright pace of some of the competitors, but after the last restart, Bryan is really the one that drove us to this podium.”

Madison Snow
“It was a great result for us. Going into it, we weren’t sure what to expect from today. We started at the back, and Corey really kicked things off with a great job moving forward in the first few laps. From there, strategy is what got us to the front and put us in a position to fight in the final stint. While I think the car was really good and the drivers all did a good job, the strategy is what we really have to thank for this podium today.”

Bryan Sellers
“The championship portion is always great, but just the result and being on the podium is almost better! It was such a hard-fought race; I’ve never had a six-hour where you’re so up and down. We were in the front, in the back, in the front, in the back, and we thought we were set up well for a podium spot, but then that last yellow came out at completely the wrong time and for a moment I thought the race was over.
“The guys up on the pit box made a fantastic final call during that last stop that, in all honesty, I was fighting them a little bit on, but then were absolutely correct. They trusted me to get the job done, and in the end, I trusted that the decision they made was right, and it absolutely was. When we went back green in that last hour, I knew I just had to go and push as hard as I could because Madison and Corey and this whole team worked so hard and I couldn’t let it come down to me not pushing enough. Luckily, there were some gaps that opened up ahead, and I was able to get through into second. It’s another podium for Paul Miller Racing, and it’s another podium for Madison, Corey, and myself; I’m just happy when I get to drive with these guys!”

Corey Lewis
“Hardware is always good! Watkins has always been a challenging track for me personally, and not just to get on the podium, but to get on the podium with Madison and Bryan is really special. We’ve had so much success together as a group, and it’s great to continue that. Massive credit goes to the crew, they’ve spent long nights and many hours prepping the car for this race, and it’s nice to be able to repay them with a podium finish. I can’t thank this Paul Miller Racing team enough.
“It was a bit of an unexpected ending based on where we started and where we thought we were pace-wise. But the car really came to life during the race and the strategy unfolded beautifully, and we were able to push our way to the front. It was a great weekend, happy to be walking away with a podium and some more points for the championships.”