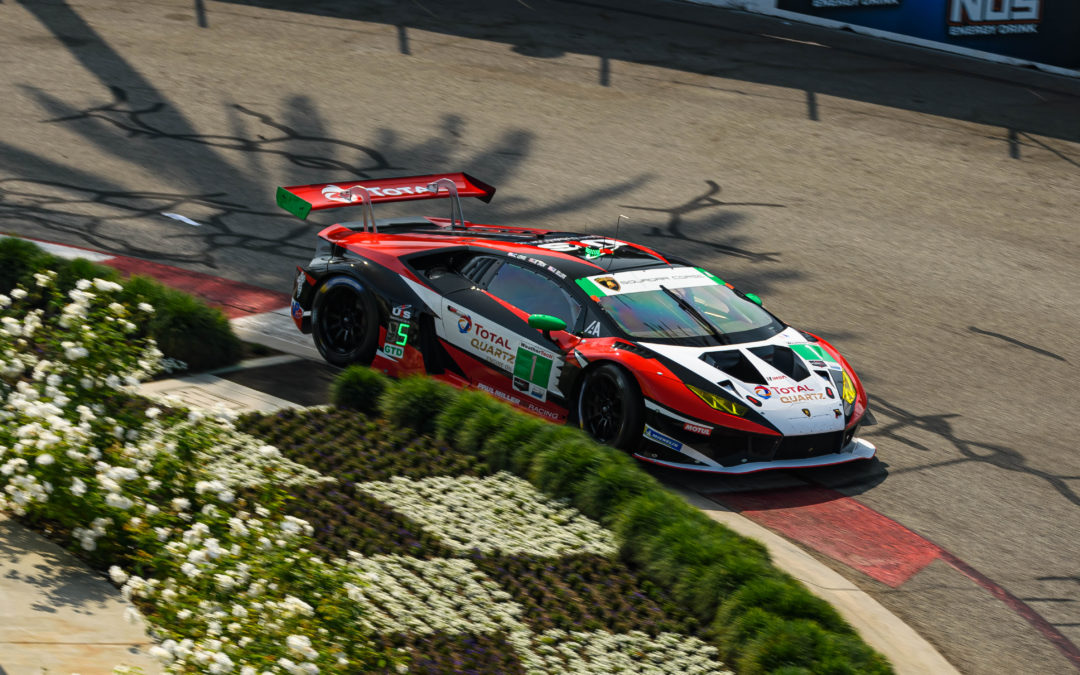 Snow secured pole for the No. 1 Total lubricants-backed Lamborghini team with a time of 1:19.475, besting championship rivals to start up front on the notoriously tight and tricky-to-pass street circuit.

In the second session, to determine championship points, Bryan Sellers took over and set the second quickest time of the session. Sellers claimed the second-fastest time of 1:19.105 despite the session being cut short by a red flag when the No. 27 Aston Martin blocked the track.

This pole marks the second pole position of the year for Madison Snow, having previously scored P1 on the grid at the WeatherTech 240 at Watkins Glen. Additionally, Bryan Sellers started on pole for the team in 2017, the last time the IMSA WeatherTech SportsCar Championship GTD class raced at Long Beach. 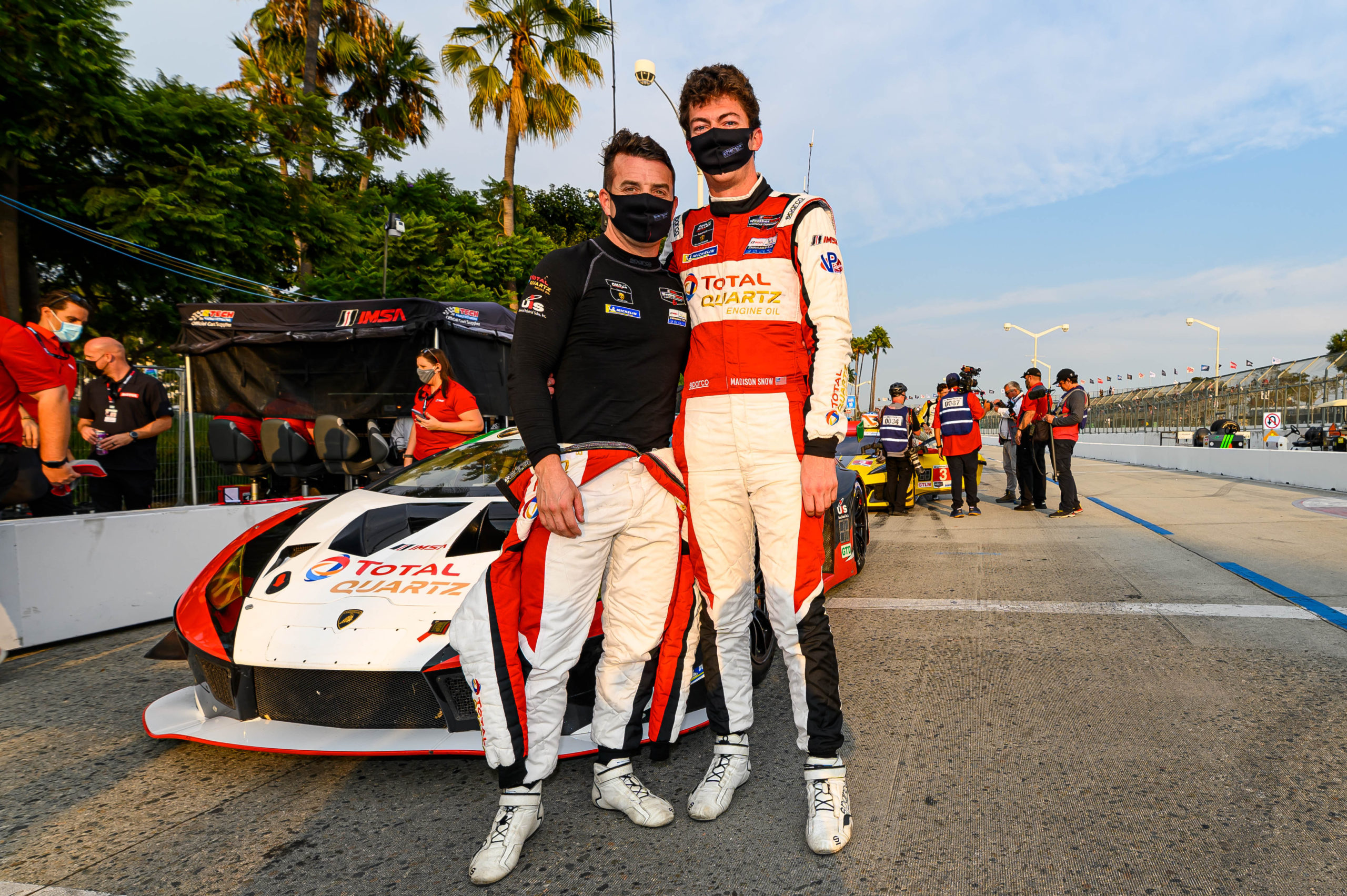 “This is a fantastic result for our entire team and really it came down to Madison putting together a perfect lap,” Paul Miller Racing team owner, Paul Miller, said.

“Of all the races we go to, this is one of the most important to start on the front row. Passing here is incredibly tricky, and starting on pole should give us the best possible chance to fight for the win.”

The 100-minute street fight goes green Saturday at 2:05 PM Pacific time. Live coverage will air on NBCSN, as well as TrackPass on NBC Sports and the NBC Sports App with authentication.

Madison Snow
“Ended up getting pole at Long Beach! This is one of the happiest successes I’ve had. I’ve never had pole at a street course before—and I love street courses—and the fact that we only get to go to two a year makes it even more special. This is also kind of my home race, it’s where a lot of my family is from, and it’s one of the closest to Utah. It’s a really special thing.”

Bryan Sellers
“Madison obviously did a fantastic job. He did all of his best sectors on that lap and that’s what it takes to get pole right now in IMSA. He really just put it all together. The car was really good—we rolled off the truck incredibly solid and that’s super important at a place like this. That allowed us to just focus on our driving and improving. We didn’t have to make a lot of changes. And then for my qualifying, I was pretty happy with it! I’m not sure if I would have had enough for the No. 9, but it would have been close! And now, we get to go race! I think we have a really good race car so we’ll see where it goes from here.”